The 12th Café des Entrepreneurs took place on February 10 at MassChallenge during the Big Booster Accelerator Program. Stephane Bancel, CEO of Moderna, and former CEO of bioMérieux, gave a lengthy talk about his career path and his disruptive vision of patient care. 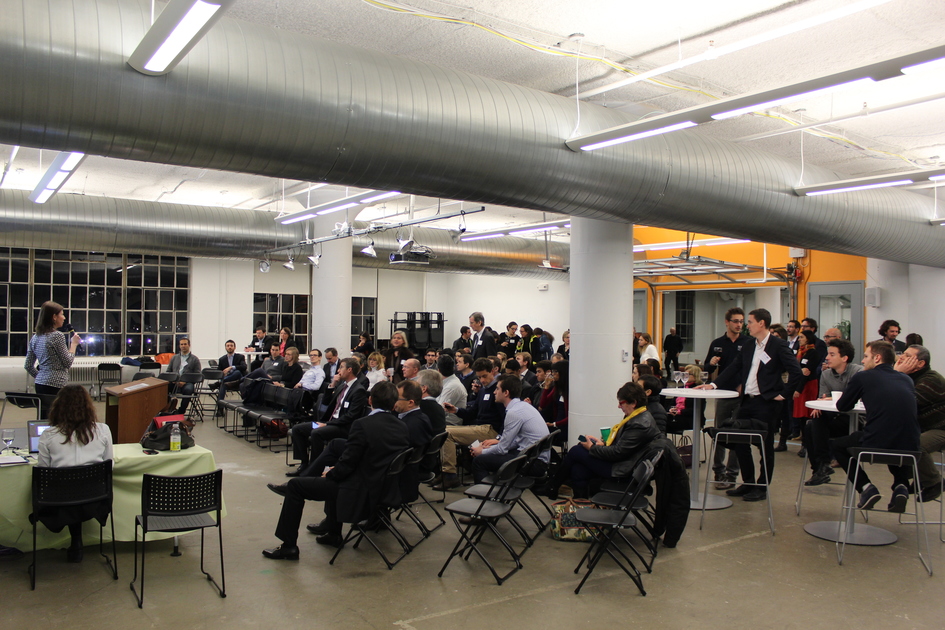 The partners of the Café des Entrepreneurs were glad to welcome Mr. Stephane Bancel, CEO of Moderna and former CEO of bioMérieux. Mr Bancel has been interviewed by Romain Marmot, COO and General Manager at Voluntis. 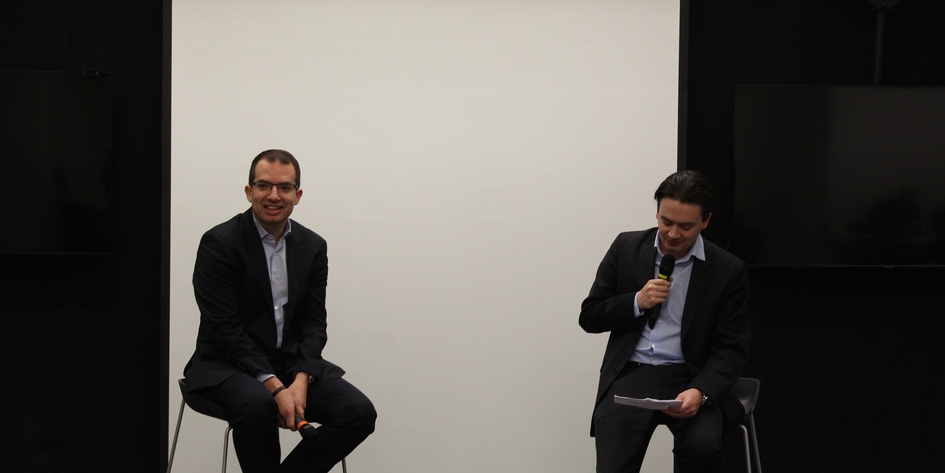 Mr Bancel first presented the disruptive vision of patient care that constitutes the core mission of Moderna: to create a new generation of transformative medicine made out of messenger RNA that would allow the body’s cellular machinery to produce nearly any protein of interest (from native proteins to antibodies). 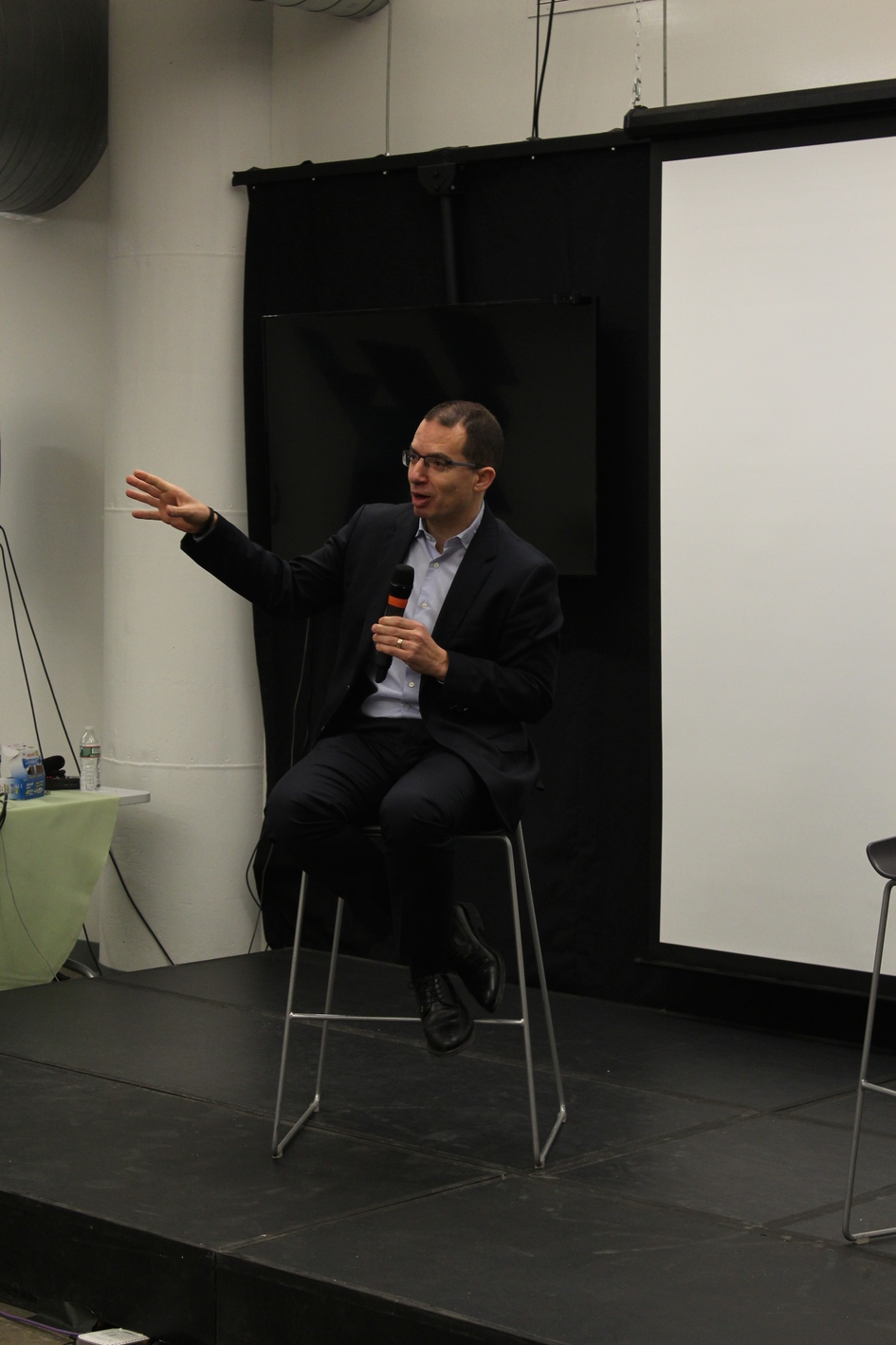 The CEO of Moderna then took the time to answer questions from the audience, sharing his tremendous experience in the field of biotechnology. 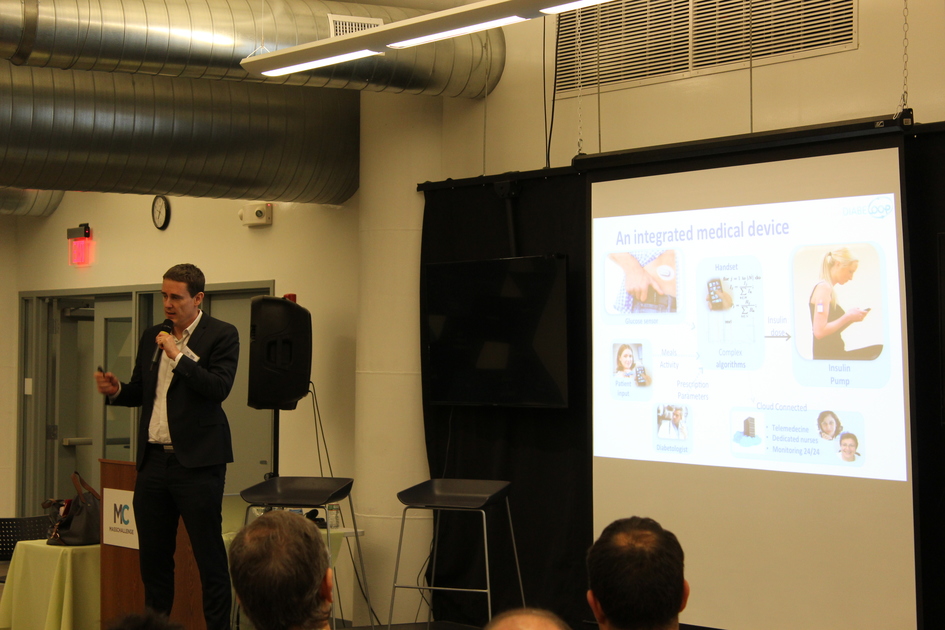 First, Erik Huneker, from DIABELOOP, pitched to the audience his Grenoble-based biotech startup which aims to build an artificial pancreas service for diabetes treatment. 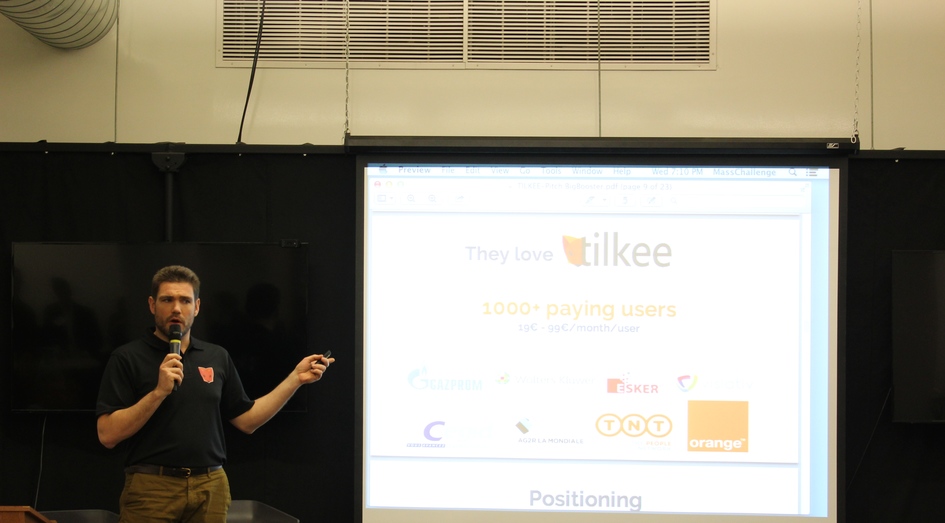 Then, Timothée Saumet, CTO of the Lyon-based TILKEE, explained how their sales software would help businesses keep a better track of business proposals and boost their prospect follow-up. 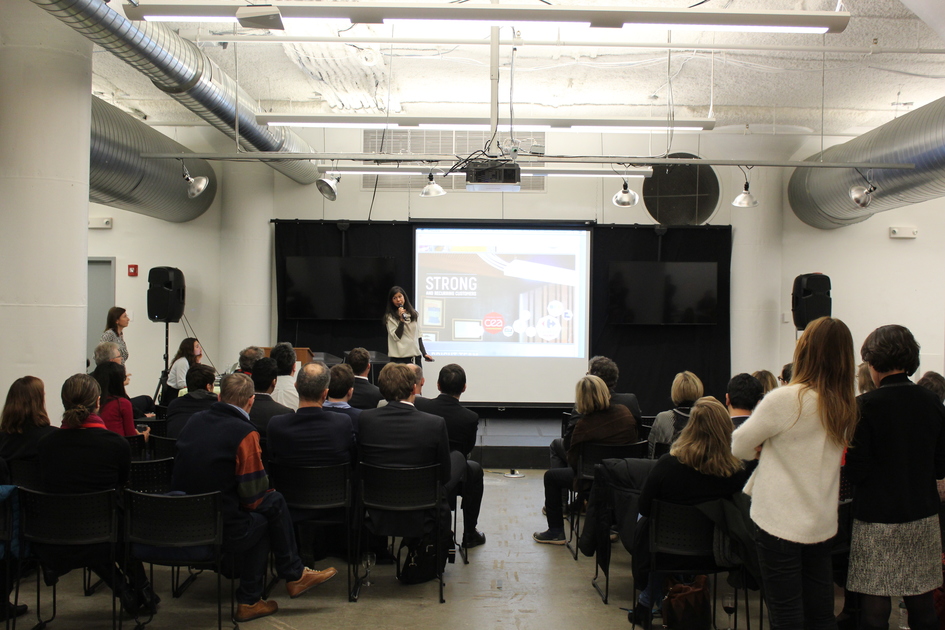 Finally, Stéphanie Le Beuze, Managing Director at ECHY, exposed how the Paris-based startup was tackling both the problem of energy consumption and the health effects of over-illumination by bringing sunlight inside of buildings through the use of fiber optics. 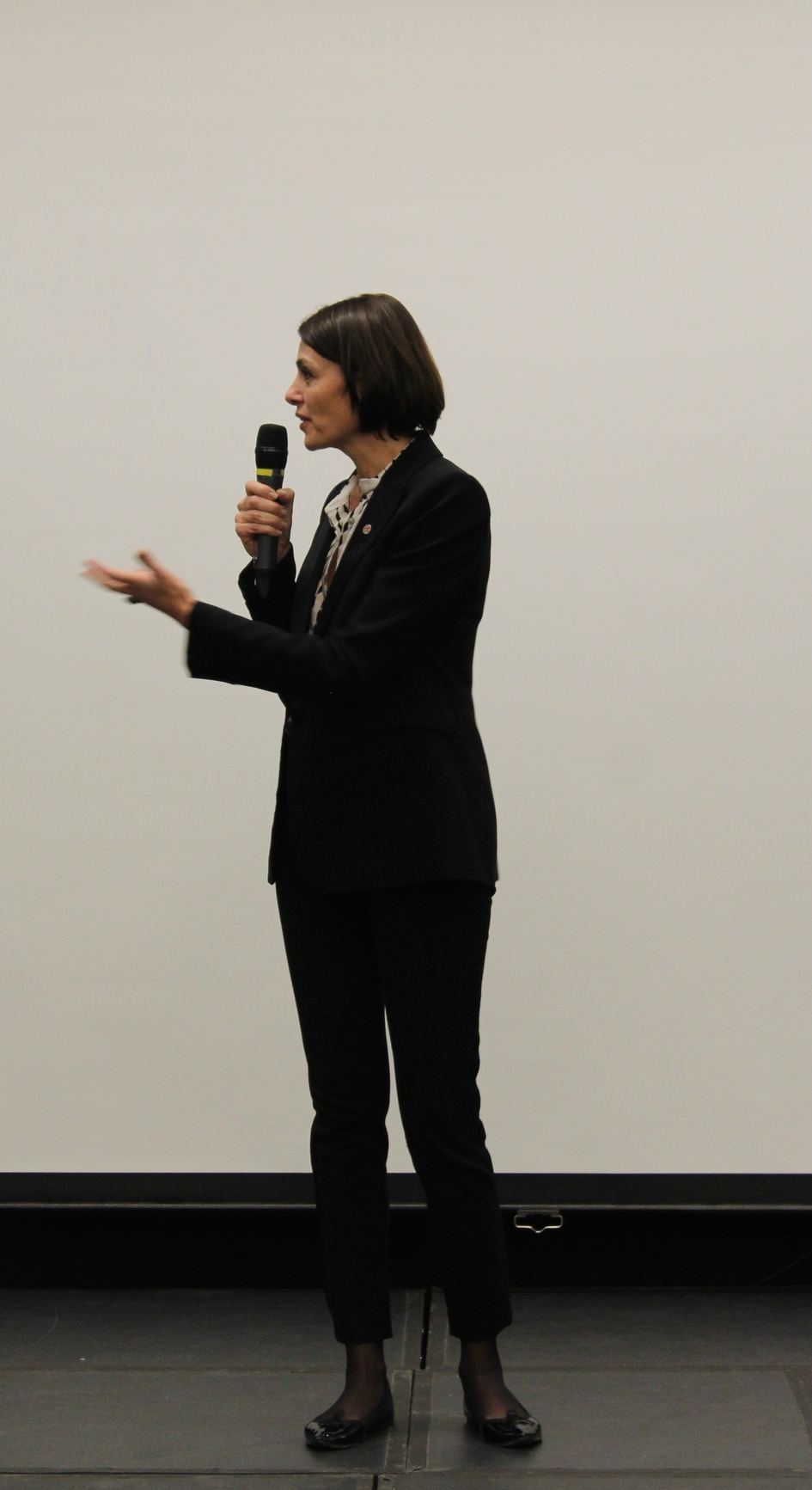 The Vice-President of the Grand Lyon metropolis, Karine Dognin-Sauze, who championed the Big Booster Program, attended the event and made a short speech.

Stéphane joined Moderna in the summer of 2011 when it was a one employee company. He assembled a world-class team and raised more than $1 billion between equity financing and upfront from licensing collaborations. He previously was CEO of bioMérieux, one of the world leaders in the diagnotics industry. bioMérieux has more than 6,000 employees, a market capitalization of €2.5 billion, and sales of more than €1.3 billion. Prior to his time at bioMérieux, Stéphane was the managing director of Eli Lilly Belgium and executive director of global manufacturing strategy and supply chain at Eli Lilly in Indianapolis, Indiana. He started at Lilly in their UK manufacturing plant outside London. He holds a Master of Engineering from the École Centrale de Paris, a Master of Science in Chemical Engineering from the University of Minnesota and an MBA from Harvard Business School. Stéphane was elected a Young Global Leader by the World Economic Forum in 2009.