Valéry Freland, Consul General of France in Boston, explained why companies should say OUI to France. The event, dedicated to the promotion of overseas investment, was attended by eleven Consuls Generals.

The Consul General, Valéry Freland, explained in 3 actual minutes why investors should say OUI to France, broadcasting a video presentation that outlined both France’s exceptional competitiveness and attractivity and its strong culture of innovation and creativity.

The Consul’s presentation, informative and uproarious at the same time, conquered both the packed audience and the panel of Consuls Generals:

You will find all the pictures of the event on the Consulate’s Flickr. 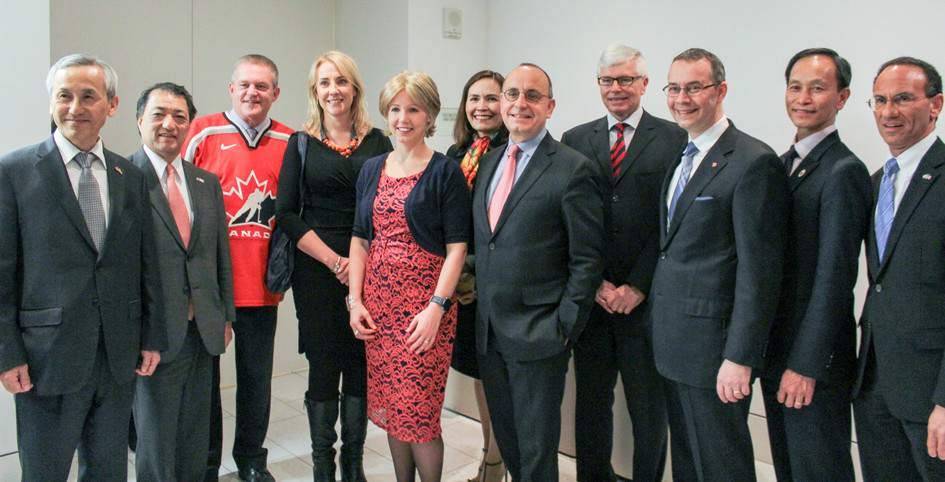 On February 17th, the Global Business Alliance of New England hosted the 22nd International Business Forum. The event, dedicated to promote overseas investment and international business creation, has been attended by eleven Consul Generals who each delivered a 3-minute pitch as to why firms should invest in their respective countries.

Valéry Freland, Consul General of France in Boston, along with the New England French-American Chamber of Commerce represented France at the event.

Where: Morgan Lewis, 1 Federal St, Boston When: February 17th, from 4:00 pm until 8:30 pm Complete program on the FACCNE website

This event constituted a unique opportunity to meet with corporate executives and other professionals interested in world trade – while learning about the vast resources available to help every company’s international business.