Home > 13 15 Nov. Quatuor Debussy in Boston with Opus, Circa

Fond of Debussy music and circus art? Do not miss the three representations of Quatuor Debussy in association with the acrobatic Australian troop Circa and their new presentation: Opus 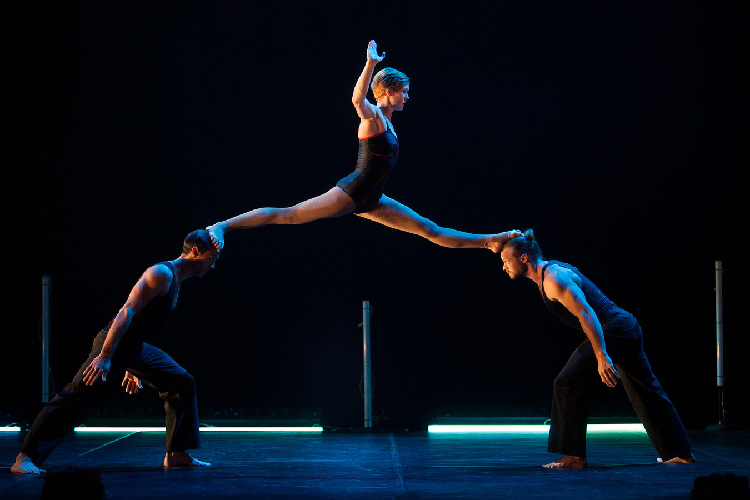 Fourteen acrobats from the dazzling Australian troupe Circa (under Artistic Director Yaron Lifschitz) tumble and trustfall to the frenetic sounds of Shostakovich in this fusion of jaw-dropping physical feats and music. Against a rapidly shifting mise-en-scène, the acrobats manipulate and occasionally blindfold the members of France’s renowned Debussy String Quartet, as they perform three of the Russian composer’s quartets live on stage. Over the course of this delicate and savage thriller, Circa’s band of extreme acrobats and artists risk all in a devilish deal with anti-gravity, embodying the music’s tormented romanticism with precise abandon.

The Debussy Quartet acknowledge the support of the French Ministry of Arts, Région Rhône-Alpes, City of Lyon and SPEDIDAM

About Quatuor Debussy Through its passionate commitment to speak in a unique voice, eschewing the creation of an international quartet sound, the Debussy Quartet has established its reputation as one of the finest quartets touring and recording today. Formed in 1990 by a group of young musicians studying at the Conservatoire de Lyon, France, the quartet has gained international renown for its exciting performances and award-winning recordings. In major concert halls from New York to Tokyo they perform a wide range of works, and are perhaps most well known for their devotion to the French repertoire. The quartet’s performances of the Ravel, Debussy and Fauré quartets are legendary, and these four musicians continue to create new audiences for works of their countrymen such as Lalo, Lekeu, Milhaud and the late romantic composer Ermand Bonnal.