The French Consulate in Boston Excellence Award is awarded annually to a student who went to France for a study abroad program and promoted actively his or her experience back in the US. 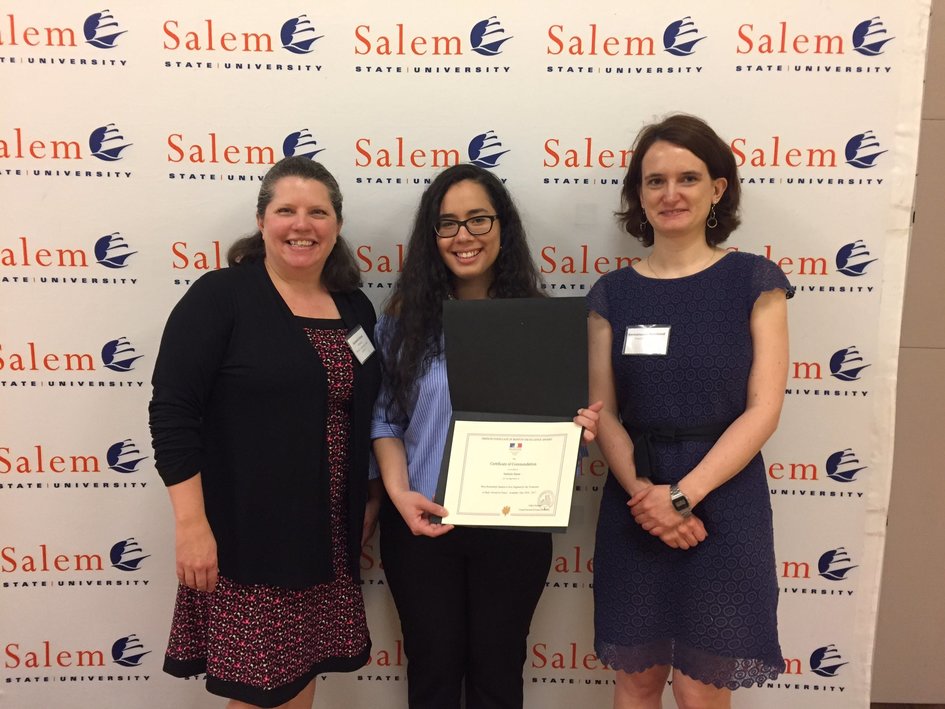 With the excitement of university commencement in the air, we are pleased to congratulate Nathalie Reyes, a recent graduate from Salem State University, as the proud winner of the 2017 Excellence Award of the Consulate General of France in Boston for being an outstanding and remarkable student in the promotion of her experience as an international student in France. This prize was awarded to her by Cultural Attaché, Emmanuelle Marchand, at Salem State University’s Center for International Education luncheon on May 18th 2017.

Nathalie studied abroad in Paris during the Fall of 2015 at the Institut Catholique de Paris. Prior to leaving the US, Nathalie was a strong French student, but her semester in Paris helped her to dramatically improve her proficiency in French.

As an immigrant to the United States from the Dominican Republic when she was in middle school, Nathalie had little opportunity to travel internationally. To go abroad, Nathalie had to work extra jobs to save money not only to pay for her study abroad program but also to compensate for three months without an income while abroad. During her stay in France and since her return, Nathalie has become a huge advocate for study abroad on her campus, participating in several discussions about study abroad with French Club members and in French classes and serving as a teaching assistant to an elementary French professor. In particular, she helped raise funds to support student travel abroad and also chose to write a research paper about the benefits of study abroad. Nathalie wishes to earn a teaching assistantship in France and return to France next fall, or to work in a study abroad office as an advisor or coordinator. Congratulations Nathalie and good luck on your next adventure! 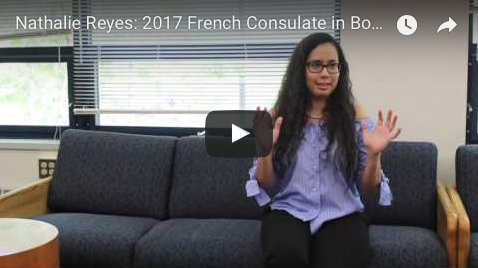 The prize was created in 2014 to recognize students who went to France for a study abroad program in France and promoted actively their experience once back in their home university campus. This competition is open to all colleges in the district of the French Consulate of Boston (Maine, Vermont, New Hampshire, Massachusetts and Rhode Island).