The French Consulate in Boston Excellence Award is awarded annually to a student who went to France for a study abroad program and promoted actively his or her experience back in the US. Ms. Casey Donahue is our 2018 recipient! 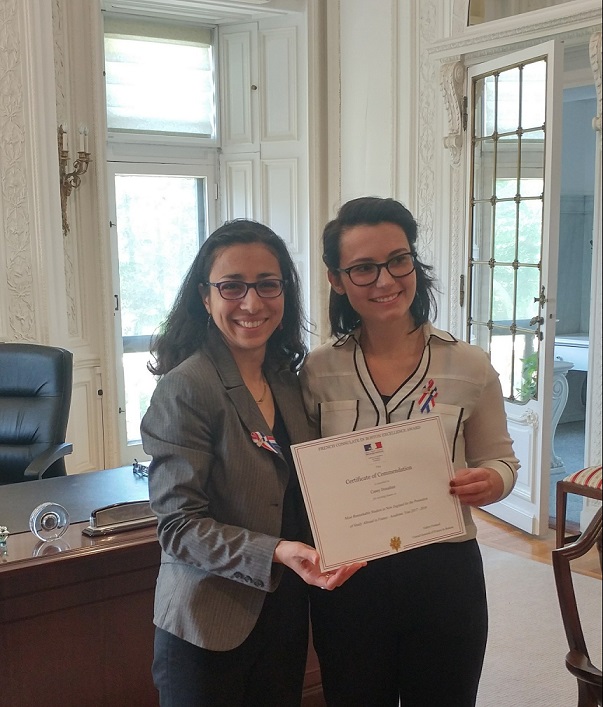 As we join in celebrating the many remarkable students who have completed their undergrad program, we are pleased to congratulate in particular Casey Donahue, a recent graduate from Salve Regina University, as the proud winner of the 2018 “French Consulate in Boston Excellence Award”.

Casey Donahue has served as an outstanding ambassador for French Study Abroad programs by sharing her experience as an international student in France and promoting study abroad in France for others.

This prize was awarded to Casey on June 5th, 2018 by the Cultural Attachée, Latifa Bentiri, during a reception at Salve Regina University attended by Michael Semenza, Vice President for University Relations and Advancement, French Professor, Dr. Dean de la Motte, who recommended Casey for the award, a few other French Professors, some delegates from the Alliance Française of Newport, RI and two representatives from the Cultural Department of the Consulate General of France in Boston. 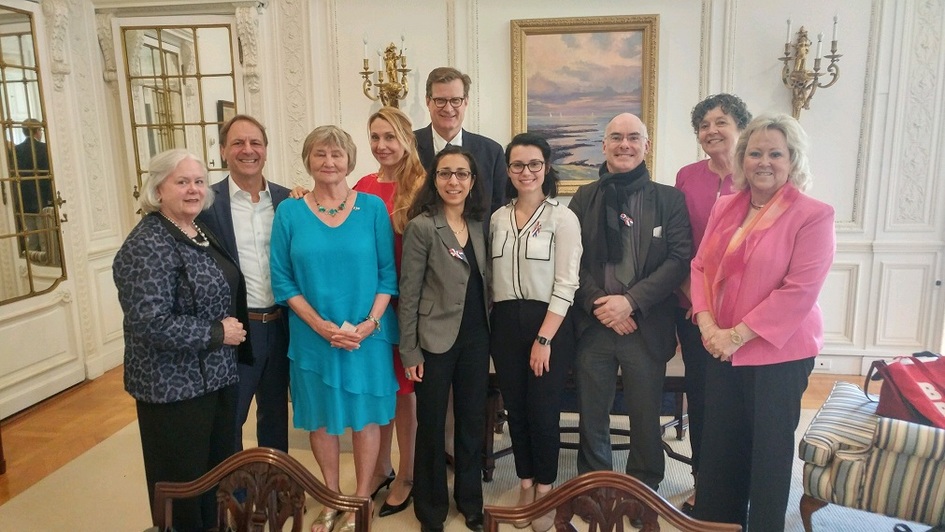 Ms. Casey Donahue studied abroad at the Catholic University of Lyon’s French Language and Culture Institute. While she was a strong French student before leaving for Lyon, the time she spent there allowed her to return with an even greater proficiency in the French language. Casey truly made the most of her study abroad experience, living with a French host family, participating in the university’s International Club, and making time to travel throughout France during her stay there.

At Salve Regina, Casey likewise demonstrated her commitment to French language and culture, study abroad, and cross-cultural interaction. She brought her involvement with language learning outside of the classroom by living in the University’s Language House and serving as a representative of the Department of Modern and Classical Languages at events, in addition to being a member of the advisory board for Salve Regina’s annual French Film Festival. Casey works to bring the many benefits of study abroad to others in her role as a global ambassador for the Office of International Programs.

Next year, Casey will work on her Master’s Degree in Administration of Justice and Homeland Security at Salve Regina, and she is currently applying for the Teaching Assistant Program in France for 2019-2020, as well.

Congratulations Casey, and best of luck in your next adventure!

Listen to Casey Donahue explaining why she loves France so much! 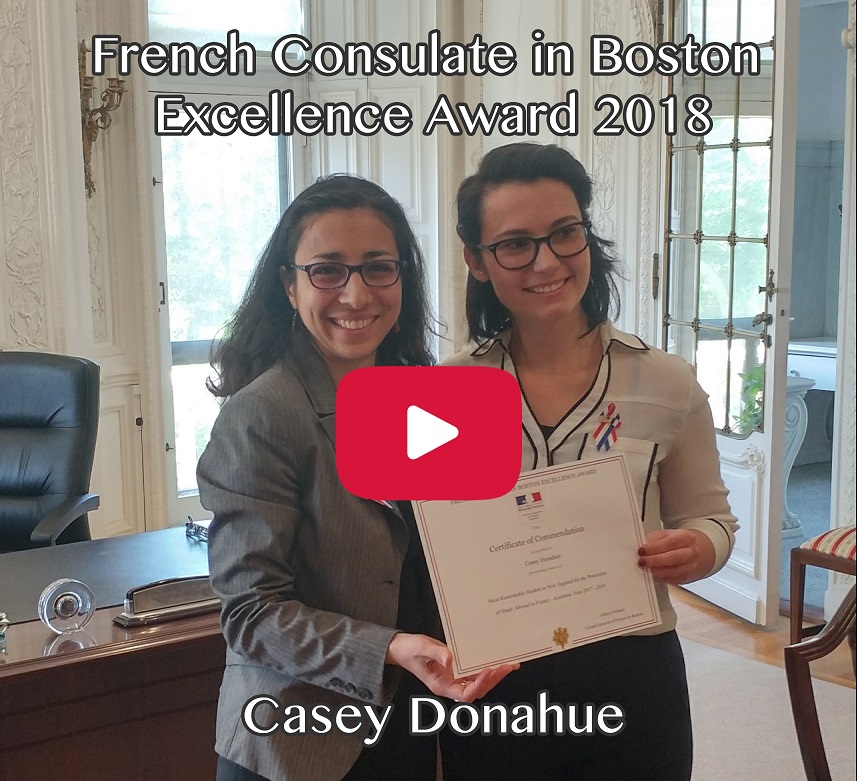 To learn more about Salve Regina University’s Modern and Classical Languages Program, click on the link below: http://www.salve.edu/undergraduate/...

This award was created in 2014 to recognize students who went to France for a study abroad program and actively promoted their experience upon returning to their home campus. This honor is available for all colleges and universities in the district of the Consulate General of France in Boston (Maine, Vermont, New Hampshire, Massachusetts, and Rhode Island).