Home > 24 Hours for the Climate: Call for proposals

24 Hours for the Climate: Call for proposals

The organizers of the COP21/CMP11 organize an international performance by artists from around the world, based on the theme “Urban art and the climate”: submit your proposal now!

In 2015, France will be hosting and presiding the 21st Session of the COP21, otherwise known as “Paris 2015” from November 30th to December 11th. In order to generate momentum for action, the organizers are launching the global performance “24 hours for the climate” on November 30th, 2015, to coincide with the opening of COP21. The aim is for all activities around the world to take place on that one day, in the spirit of a 24-hour marathon in support of the climate. Submit a proposal now!

In 2015, France will be hosting and presiding the 21st Session of the Conference of the Parties to the United Nations Framework Convention on Climate Change (COP21/CMP11), otherwise known as “Paris 2015” from November 30th to December 11th. The cultural services of the French Embassy in the US are a partner of this event and would like to organize a performance in New England. 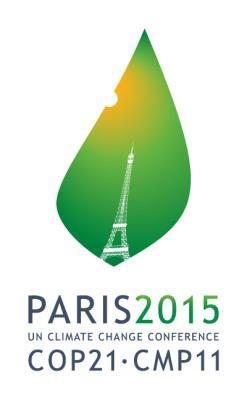 The organizers of the COP21/CMP11 wish to organize an international performance by artists, architects, designers, dancers, performers and street artists from around the world, based on the theme “Urban art and the climate”, with four key aims:

• raise public awareness of climate change and encourage citizens to take action; • encourage environmentally friendly artistic practices; • look at climate disruption from a creative angle; • spur on the community to make a collective response to the impact of climate change; • link up countries and citizens around the world, contributing to global citizenship.

The artists selected for the performance will have two days (Tuesday, December 1st and Wednesday, December 2nd) to send to the cultural services of the French Embassy in the US:

The videos collected will be incorporated into the short film shown in the Climate Generations areas from the Action Day on December 5th through to the end of COP21/CMP11.

The film will also be published on the websites of COP21, the Paris French Institute, and the cultural services of the French Embassy in the US.

Pictures and texts will be showcased on social networks and will be used in a competition.

Promotion of this global performance will take several forms:

1. Promotion on the website of the French Institute (Paris) 2. Promotion on the institutional COP21/CMP11 website from December?5th, 2015 3. Promotion in the Climate Generations areas of the incorporated videos and photographs of the works on screens to increase visibility 4. Promotion of each of the works on the official COP21/CMP11 Twitter account @cop21from December 5th, with prior announcement of the “24?hours for the climate” challenge on social media and the COP21/CMP11 website 5. An interactive competition on the COP21/CMP11 Facebook page: “24?hours for the climate: 24?hours to vote”. Voting will be open from 8 p.m. on December 5th to 8 p.m. on December 6th. It will enable the artist having received the most “likes” to receive an exceptional grant of a 1-month residency at the “Cité internationale des arts” in Paris in 2016. 6. It will be in English, French, Spanish and German, and will be an excellent way to help works go viral.

Candidates for the “24?hours for the climate” challenge must comply with the following rules:

1. No graffiti 2. Eco-fair and/or recyclable materials 3. Using street art or nature would be a bonus (example: http://www.buzzecolo.com/26999/green-street-art/)

1. Selection by the Cultural services of the French Embassy in the US. Please send your proposal to emmanuelle.marchand@diplomatie.gouv.fr by October 1st at 11:59pm EST.

Please include in your proposal: • written description of your project (max. 1 page) • artist resume or biography • examples of work (links to online photos, videos or clips, etc.)

2. The projects selected by the Embassy will be presented to the French Institute (Paris) and the COP21 organizers, who will examine the relevance of proposals. The following are particularly important:

The aim is to select at least 24?films in Paris, lasting 1?minute each.

• October 1st: deadline for the submission of projects • October 12th: announcement of selected projects • October 13th–November 29th: preparation of projects and submission of pre-production photographs to the dedicated e-mail address 24heuresclimat@cop21.gouv.fr • November 30th: opening of COP21/CMP11 in Paris and holding of the “24?hours for the climate” in 24?world cities. • December 1st-2nd: submission of videos to the dedicated address, establishment of viral communication to announce the film’s distribution. • December 5th: Action Day: distribution of the film in Paris.