The 2016 FAB Awards Winners have been announced! Congratulations to Memory-Lane.Tv, Hemarina, & Sealed Air! Rendezvous next year for the 16th edition!

The winners were announced during FACCNE’s 30th Anniversary Gala at the Royal Sonesta Hotel in Cambridge, on April 27. 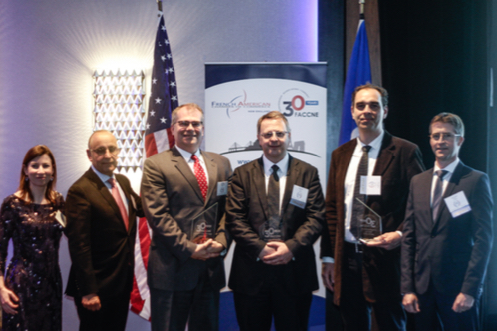 Congratulations to the Winners 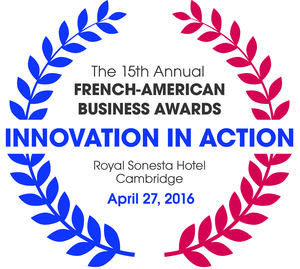 Two companies in each category - start-ups, small and medium, and large companies - are still trying to win the final prize that rewards companies with a connection to France. The three winners will be chosen during the 30th Anniversary Gala of the French-American Chamber of Commerce, New England Chapter on April 27 from 6:00 pm to 9:30 pm at the Royal Sonesta Hotel Boston. Each finalist will have 90 seconds to convince the audience to vote for his/her company as Company of the Year and win a customized coaching, unlimited support and tremendous networking opportunities offered by the FACCNE. The gala will also be the opportunity to gather around a cocktail reception, a mini-trade show and a tasty dinner.

Founded in 1896, the French-American Chamber of Commerce (FACC) is a bi-national non-profit association that is devoted exclusively to the development and improvement of economic, commercial and financial relations between the U.S. and France. The 20-chapter FACC national network includes offices in all major metropolitan U.S. cities, as well as 4,000 members across a broad range of fields.