A very moving ceremony at Fort Revere on July 9th

The event celebrated the French Bastille Day and the 40th anniversary of the original dedication, which took place during the town’s Bicentennial celebrations in 1976.

The French Marines Monument is one of three memorials donated by the Republic of France. It commemorates the 200 French Marines buried at the Fort while fighting for the American Revolution. The Marquis de Lafayette, Major General in the Continental Army, who visited the French Fort Independence atop Telegraph Hill during the Revolution, became the "Hero of two worlds". The event was sponsored by the Town of Hull Fort Revere Committee, The Hull Historic Commission, and the Fort Revere Park Preservation Society. The theme of the event was the special relationship and alliance between the United States and the Republic of France. Were also attending: United States Congressman Stephen F. Lynch, 8th District; Massachusetts Department of Conservation and Recreation Commissioner Leo Pierre Roy; Massachusetts State Senator Patrick M. O’Connor, Plymouth & Norfolk District; Hull Town Counsel/ Town Manager James B. Lampke Esq.; Hull Selectmen: Chairman Kevin Richardson; Vice-Chair Christopher Mitchell; Clerk Domenico Sestito; Jennifer Constable And Hull’s Veterans.

The Consul General of France gives a special thanks to Patrick Finn and Jim Lampke for their wonderful organization! 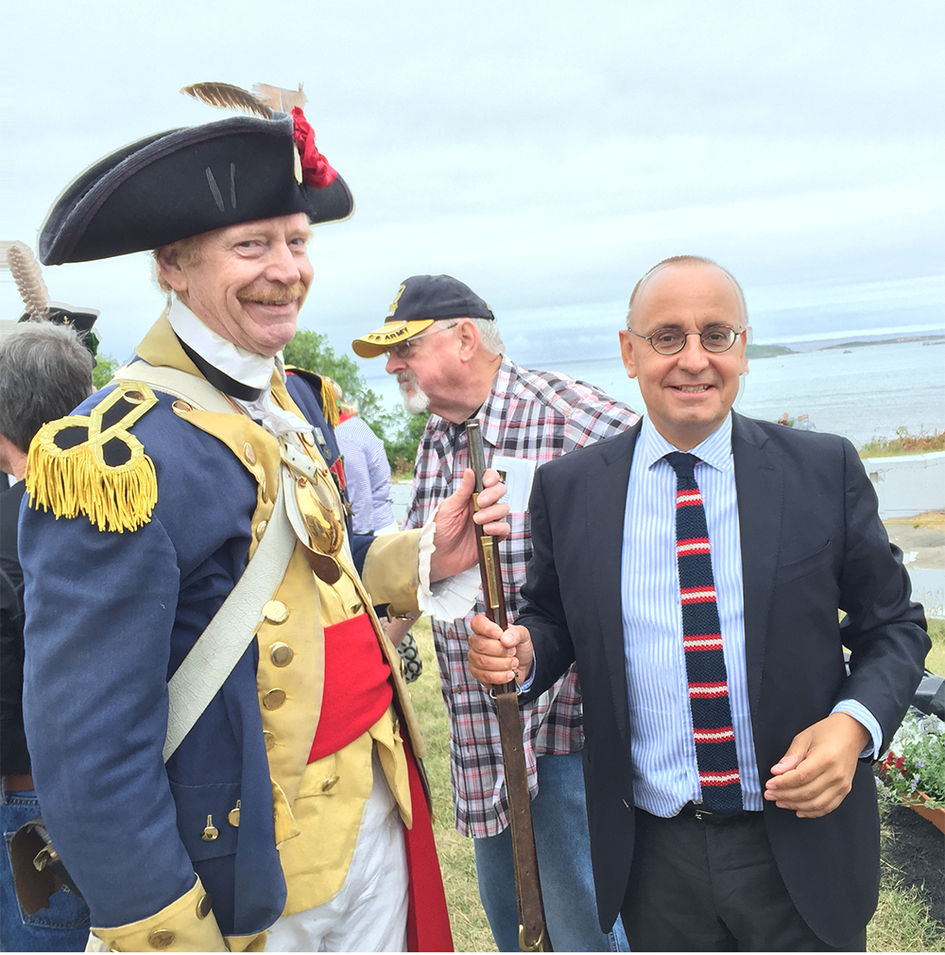 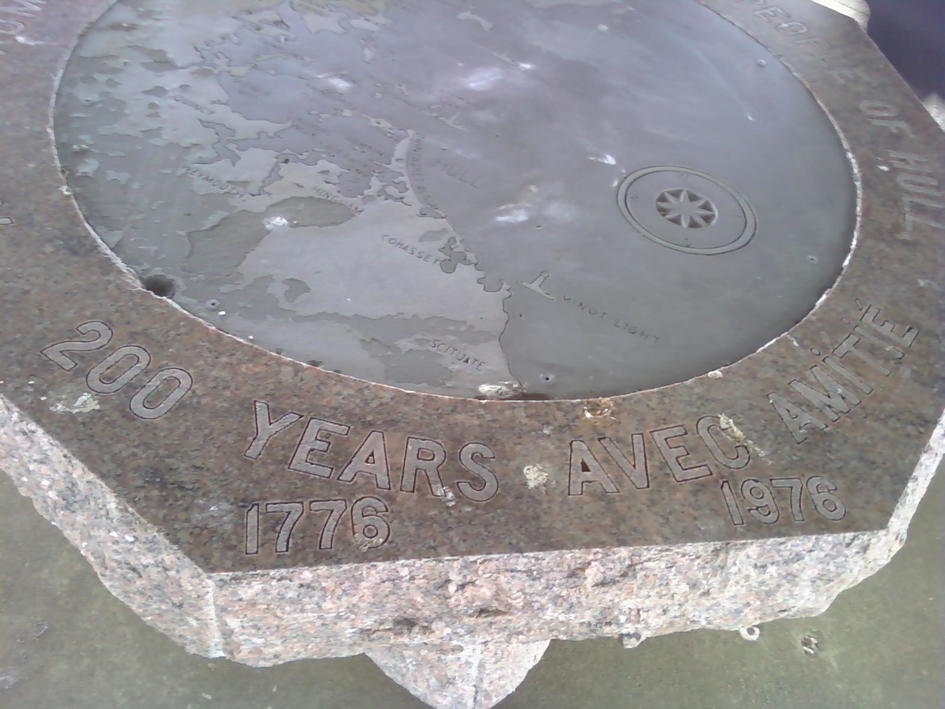 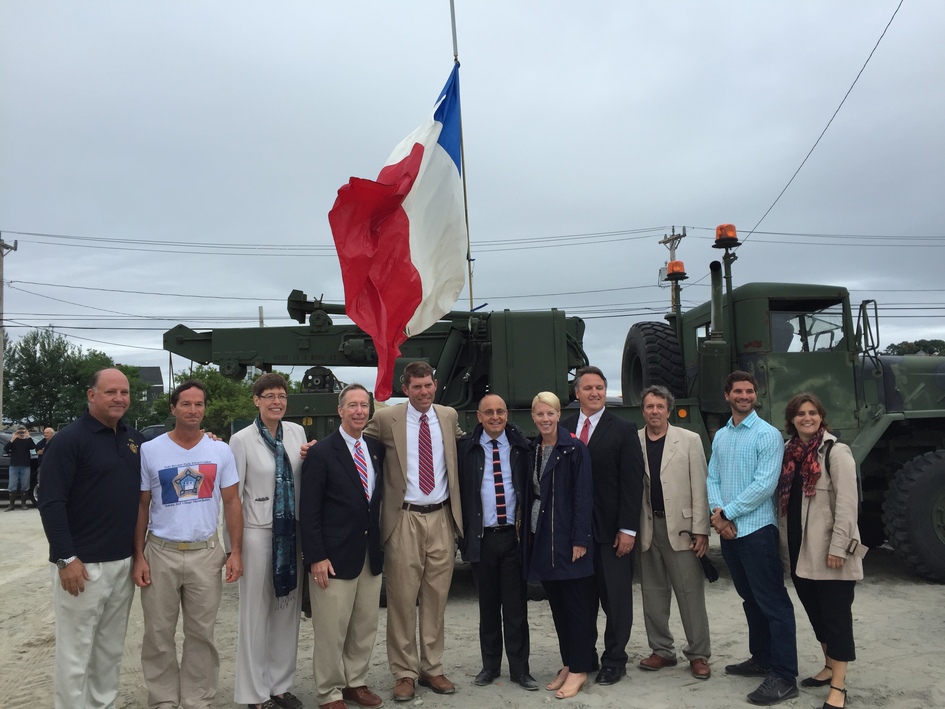 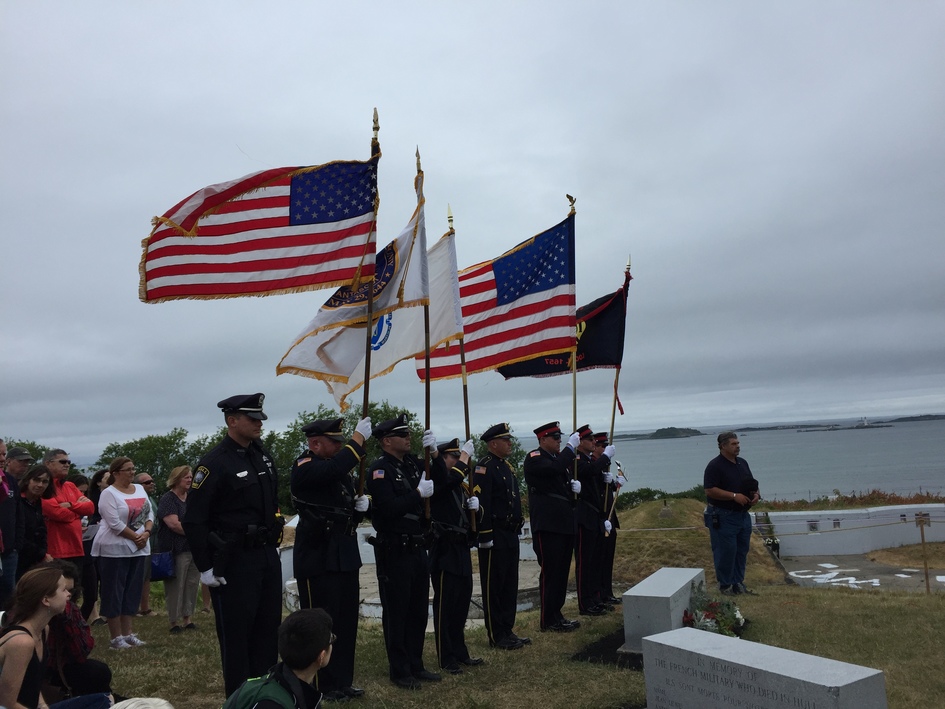 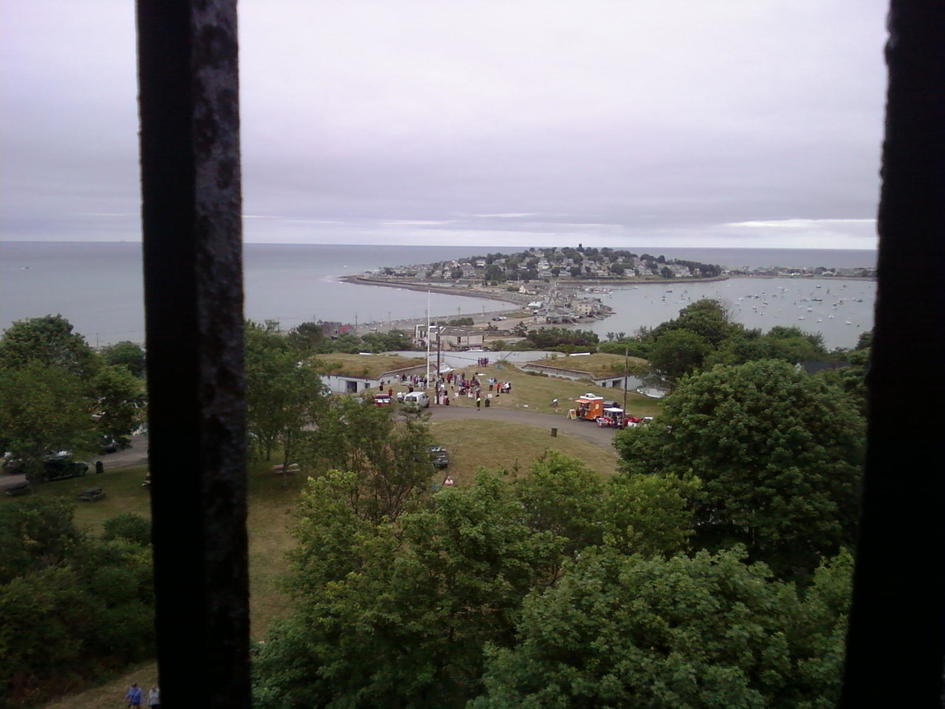 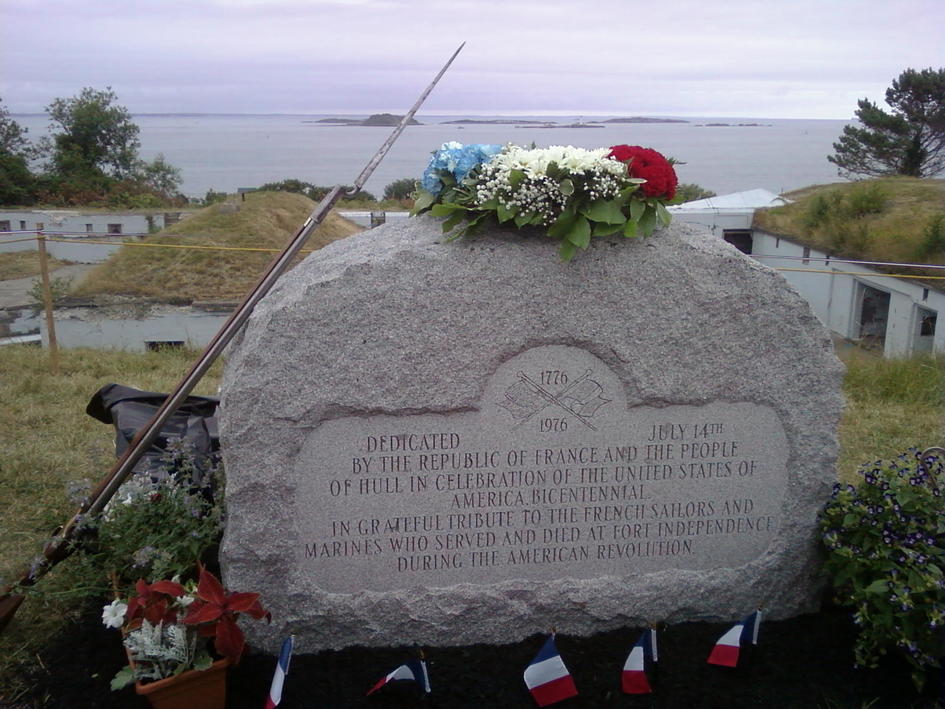