Home > Akrivis Techologies selected as a finalist in 2012 MassChallenge (...)

Akrivis Techologies selected as a finalist in 2012 MassChallenge Competition

MassChallenge announced at the beginning of October 2012 that Akrivis Technologies will continue to compete in the world’s largest startup competition as one of 26 finalists selected from over 1,200 global applicants.

Akrivis was co-founded in 2009 by Dr. Joel Berniac, a French citizen with years of expertise in the pharmaceutical industry as a scientist in drug discovery and then as a business development professional and, Dr. Ban-An Khaw, Behrakis Professor of Pharmaceutical Sciences at Northeastern University in Boston.

1,237 of the world’s highest-impact startups from 35 countries submitted applications, and only 125 of the startups with the highest potential were invited to attend a 3 month-long accelerator program designed to provide intensive mentoring and access to resources such as legal support and targeted introductions to potential customers.

The 26 finalists will pitch their startups to the last round of judges, who will then choose 10 to 20 winners, to be announced at the MassChallenge Awards Ceremony on October 23rd. 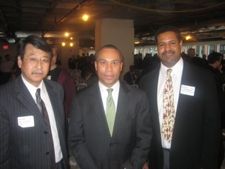 As the leaders of Akrivis, Dr. Berniac (CEO, President and Vice-Chairman of the Board of Managers) and Dr. Khaw (Chief Scientific Officer and Chairman of the Board of Managers) aim to improve the health of patients by developing better and safer cancer therapies, while reducing the exorbitant costs of treatments. The company’s patented technology platform for ultrasensitive, rapid and low-cost immunoassays has applications to in vitro diagnostics, in vivo imaging for early clinical diagnosis, and targeted drug delivery of chemotherapeutic agents.

For their revolutionary research, Akrivis was among the 10 laureates of the Young Entrepreneurs Initiative in 2010, a program sponsored by the Office for Science and Technology of the French Embassy in the United States, which links entrepreneurs to the key resources they need to set up a technology venture in France. 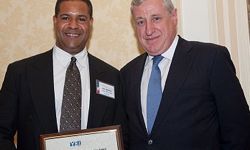 MassChallenge is a Massachusetts based non-profit organization aimed at connecting entrepreneurs with key mentors and resources that can help catalyze the success of high-impact startups. The final judges will award over $1 million in grants and over $9 million of in-kind benefits. Startups are evaluated on their vision and potential, as well as the feasibility of their plan and their ability to execute these goals.

The 2012 MassChallenge Awards Ceremony will take place on October 23rd, 2012 at the Boston Convention & Exhibition Center at 6pm. Over 1,200 business and community leaders will be in attendance to celebrate global entrepreneurship, hear from each of the finalists, and congratulate the winners of the 2012 competition.