Home > Ambassador of France to the United States, Philippe Étienne was in Boston (...)

Ambassador of France to the United States, Philippe Étienne was in Boston this week

On Monday October 28, for the first time since he became Ambassador of France to the United States, Philippe Étienne was in Boston

M. Philippe Étienne’s visit to Boston started with an in-depth discussion with Bill Sibold, CEO of Sanofi Genzyme, about innovation ecosystems and Tech4Good.

Since 2011, Sanofi-Genzyme has been a leading example of French and American cooperation and the main employer in Life Sciences for Massachusetts and beyond.

Arnaud Mentré, Consul general of France in Boston, pictured here with Philippe Étienne, Ambassador to France in the US 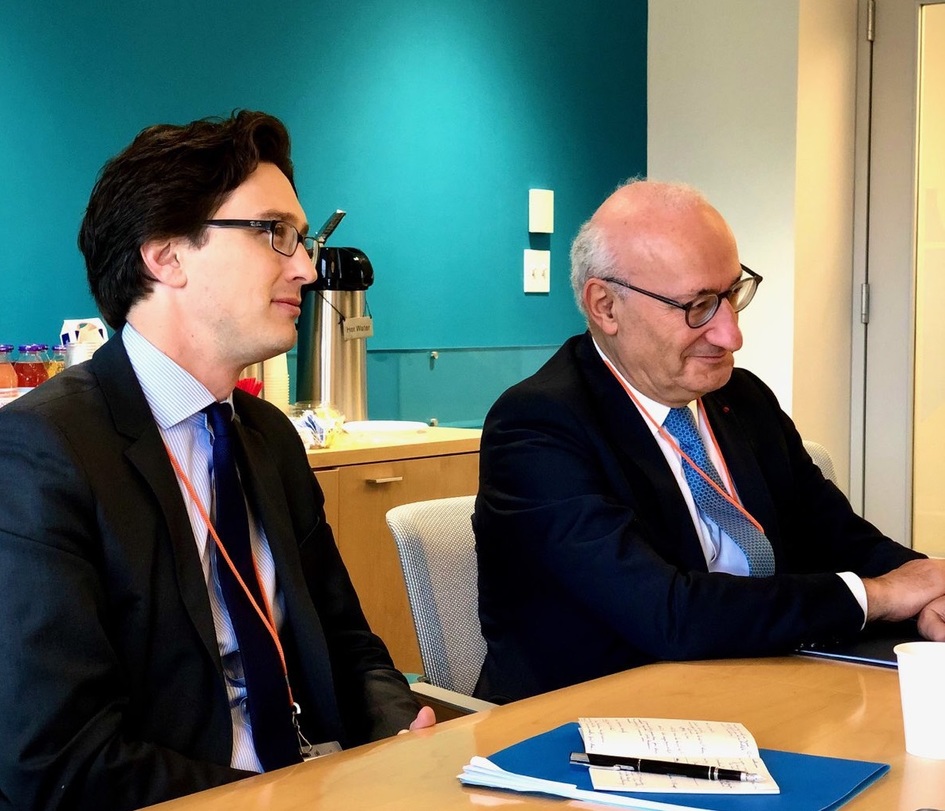 The French Ambassador then had a interesting visit of LabCentral with founder and CEO Johannes Fruehauf . 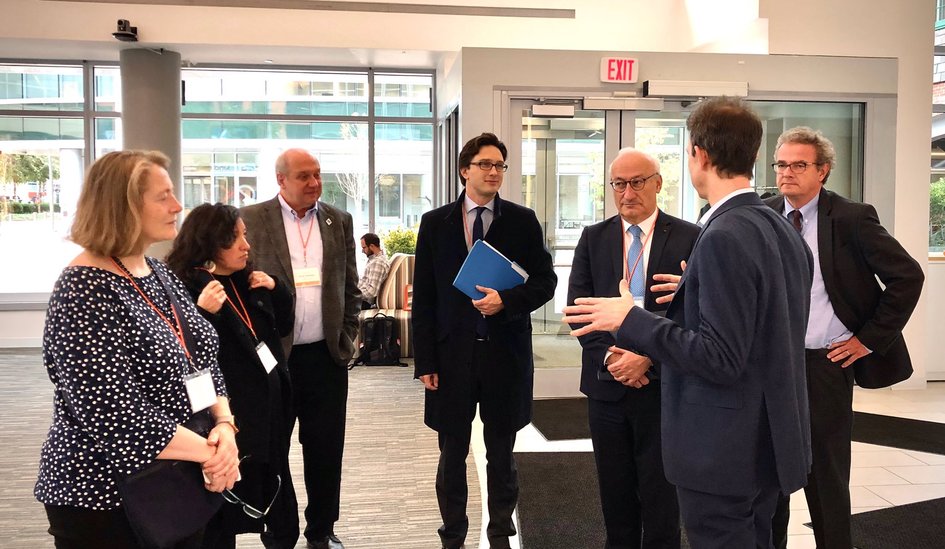 Startups from LabCentral have created over 2,000 jobs in Massachussetts in the past 5 years and many more across the US, they plan on expanding and opening a branch in Paris. 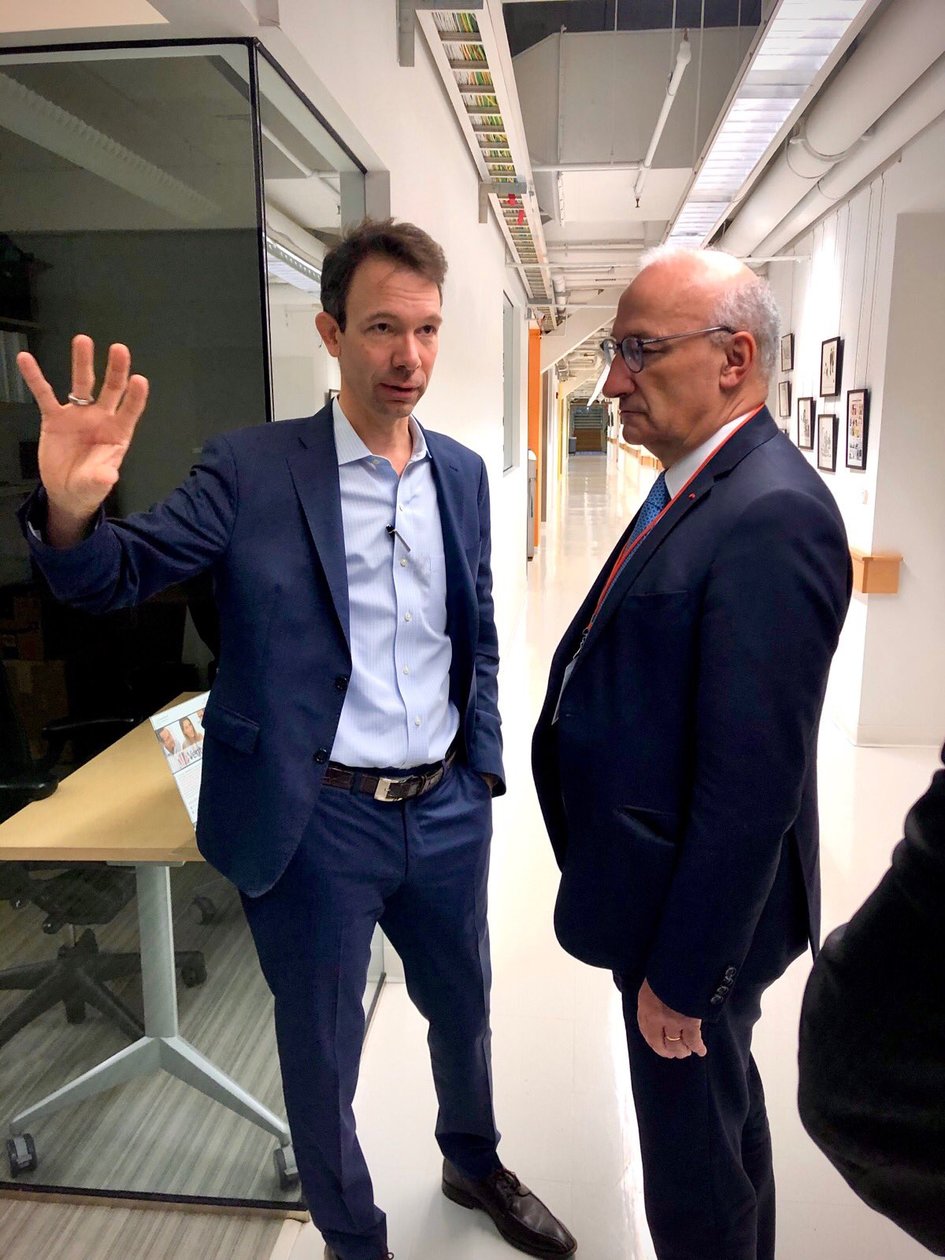 The visit was followed by a great meeting with Randy Rettberg, the President of iGEM. iGEM is the leading international competition for students interested in the field of synthetic biology. Since the meeting, iGEM has announced that they will move the competition to Paris starting 2021! 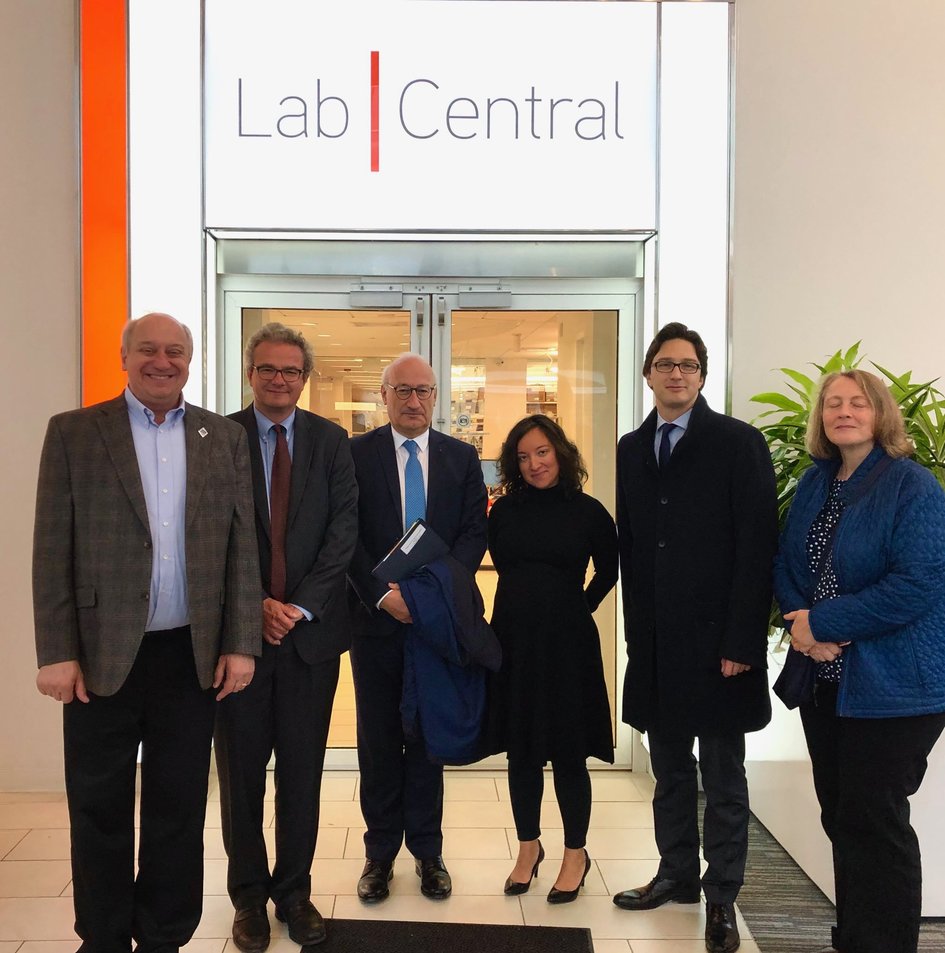 The Ambassador then participated in an inspiring exchange of views on our Atlantic Alliance at the Harvard Kennedy School with Victoria Nuland and moderated by Nicholas Burns. 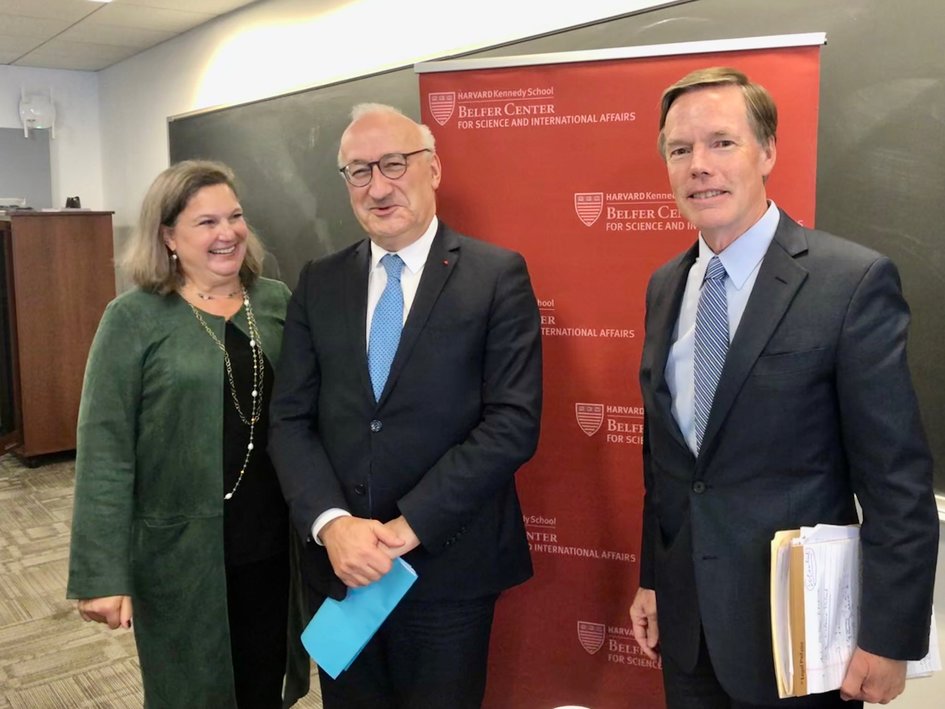 The sold out conferance took place in the presence of Sigmar Gabriel and Atlantik-Brücke. It was a truly French, European and American discussion on the different priorities and challenges of Europe and the US. 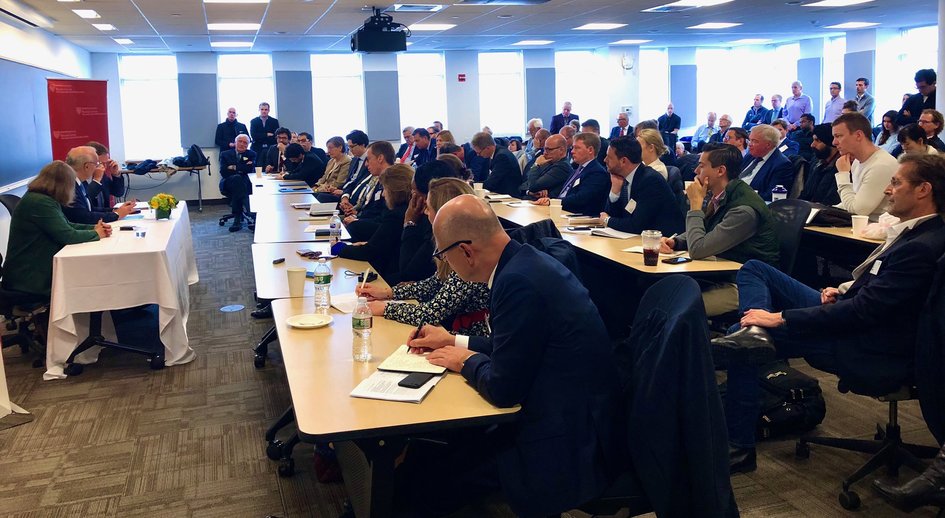 His visit ended at the French Residence where M. Philippe Étienne met with the global or US CEOs of the Next40 French companies. Out of the 40 fastest-growing French companies in the world, 7 have their US headquarters in Boston ! 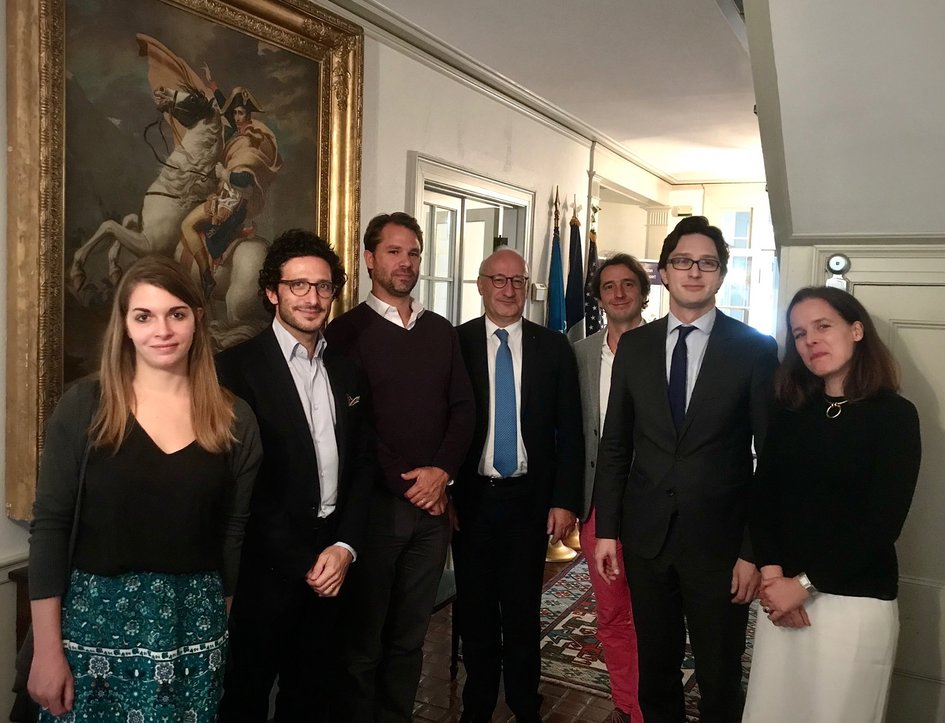