An American WWII Veteran decorated with the French Legion d’Honneur

On Tuesday November 22nd, 2016, Anthony Basile, an American WWII Veteran, was decorated with the French Legion d’Honneur by Valéry Freland, Consul General of France in Boston.

From left to right, Valéry Freland, Consul General, Mr. Nicholas Gennaro and his wife Marie, Mr. Basile’s sister, and sitting in the front, Mr. Basile himself. 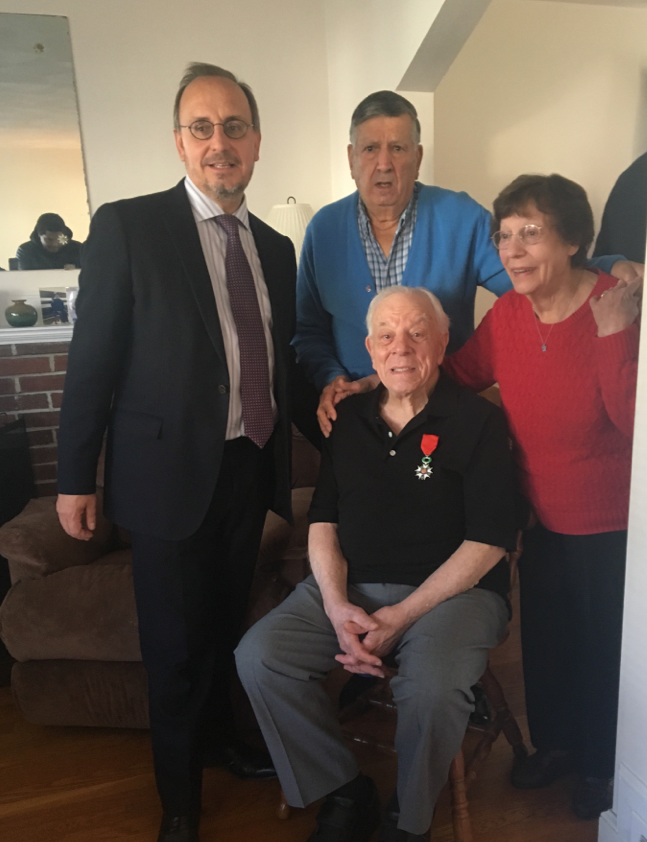 From left to right, Valéry Freland, Consul General, Mr. Basile’s daughter, Sandra and her husband, Robert Duncan, and sitting in the front, Mr. Basile himself. 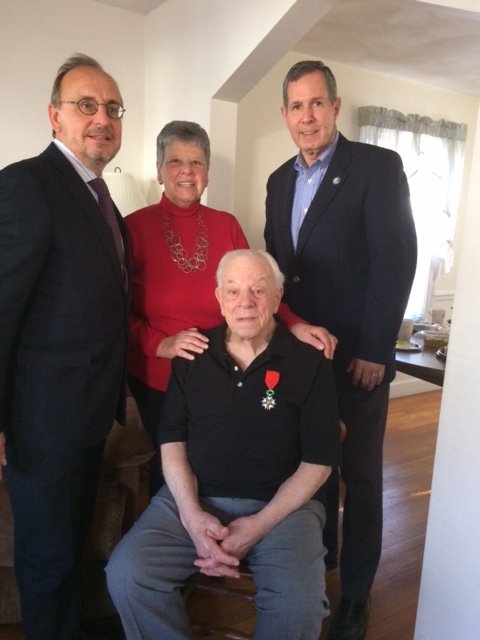 In recognition for his heroic actions and extraordinary accomplishments, the President of the French Republic, François Hollande, nominated Technician Anthony R. Basile to the Legion of Honor, with the rank of Chevalier. 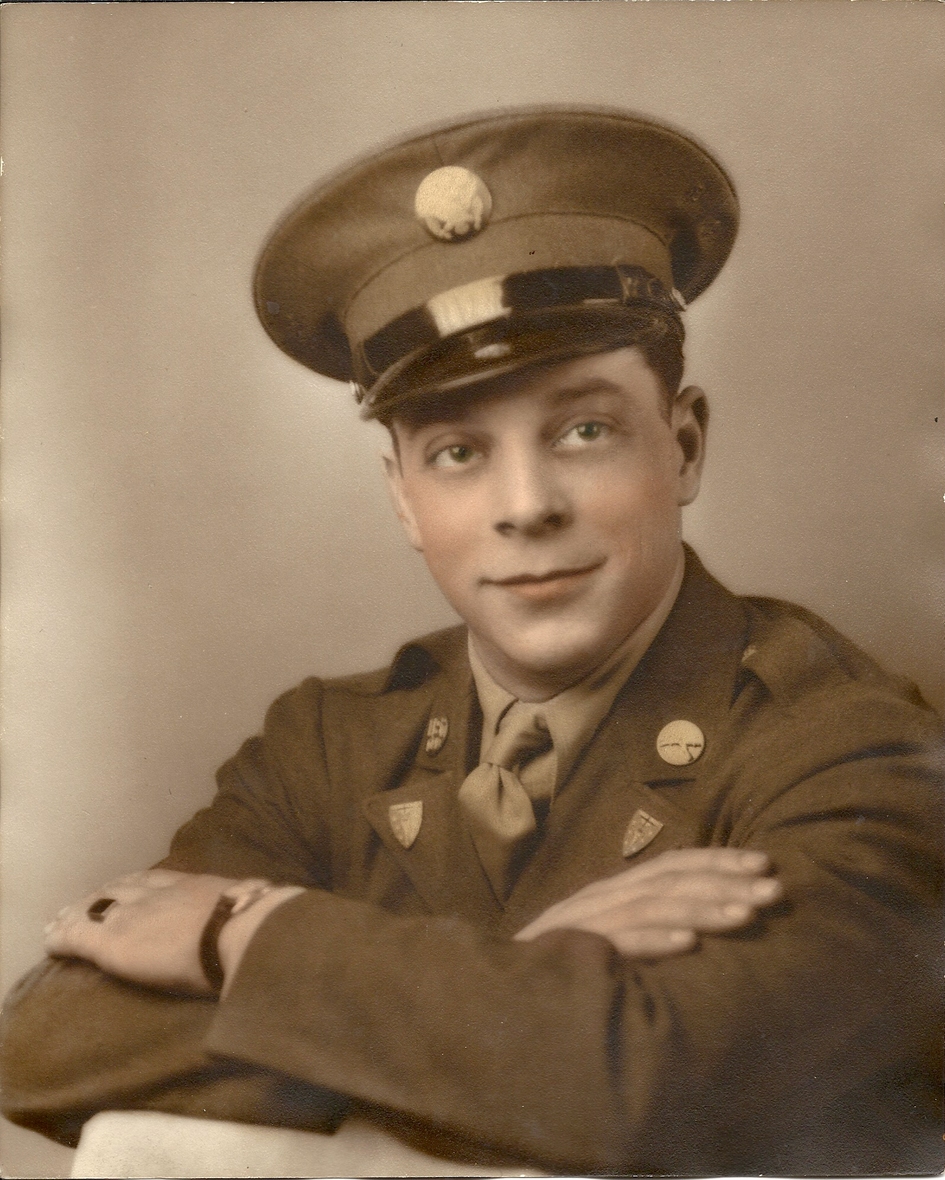 Anthony R. Basile hoding the Chevalier of Legion d’Honneur decoration in his hands: 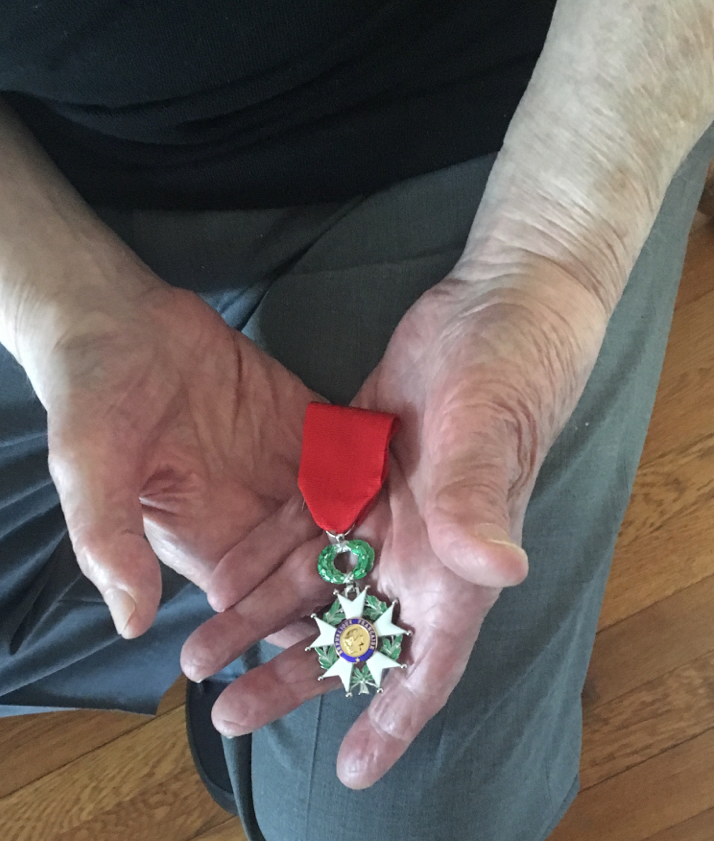 Technician Anthony Basile was born on French Bastille Day, July 14th, 1919. He entered the HQ Company 50th Armored Infantry Reg, 3rd Army on March 19th, 1941 where he worked as a Truck Driver and a Field Lineman.

In 1944 and 1945, he participated to battles for the liberation of the city of Metz, France, where he was wounded while laying communication lines: Basile and a comrade came under mortar and machine gun fire, but continued until they reached a wooded area, where they came in contact with enemy patrol. In a short fierce fire fight, the two men drove off the enemy patrol. They continued their mission laying communications wire to Command HQ. Anthony R. Basile then fought in the Ardennes Mountains in the north eastern part of France, participating to the Battle of the Bulge. He was honorably discharged from the U.S Army on October 31st, 1945.

For his courage under fire, his strong initiative and his loyal devotion to duty, he was awarded a Good Conduct Medal and a Purple Heart in 1944, and a Bronze Star and a European African Middle Eastern Theater Campaign in 1945.

Anthony was married to late Mrs. Mary Nancy Paone Basile. They had 3 children together: Robert, Sandra and John. Anthony has 3 grandchildren and 2 great grand children. 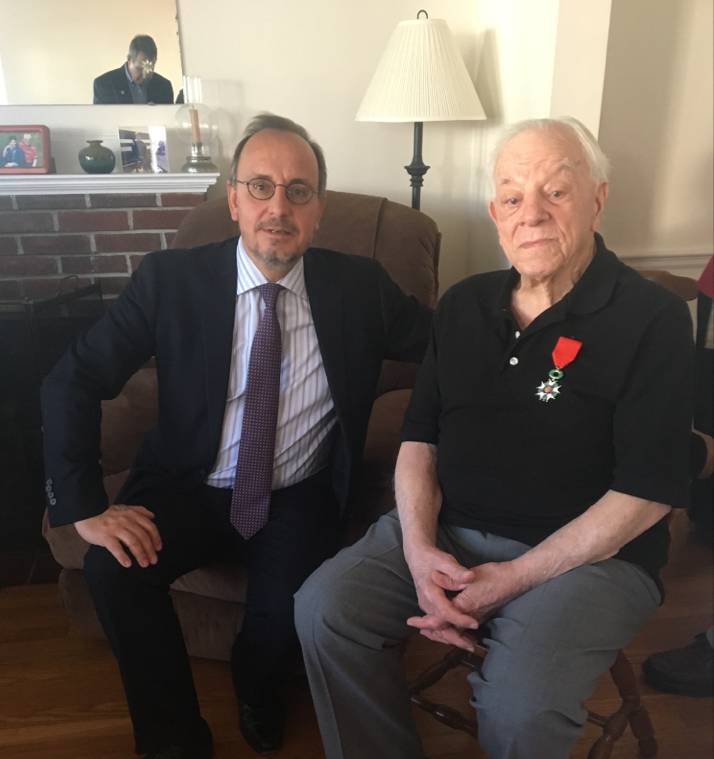 About the Legion of Honor: Napoleon Bonaparte created the Legion of Honor in 1802 to reward extraordinary accomplishments and outstanding services rendered to France. It is France’s highest distinction and one of the most coveted in the world.