The legendary hiphop band from Marseilles will be touring the United States in 2015 with an exclusive stop at the Brighton Music Hall on April 18. IAM is undoubtedly one of the most iconic and celebrated examples of the French rap scene and inspired many subsequent generations of rappers and devoted fans. 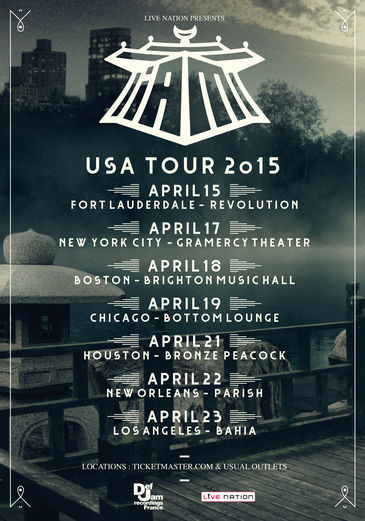 IAM is not only the most famous French rap group in the world, they were one of the first groups to popularize hip-hop in France along with NTM and Mc Solaar. Even though French audiences were introduced to the genre in the early 1980s through popular American hits like “Rapper’s Delight” by Sugarhill Gang, hip-hop only truly took off in France in the 1990’s. IAM’s influence was enormous throughout this decade: in 1993, their album Ombre est Lumière was their first great success; but it was with L’école du Micro d’Argent in 1997, considered by many to be the best French hip-hop album ever produced, that the band reached its peak.

Be sure to book your tickets early as they are sure to sell fast and will make great Christmas presents for all the young (and not so young) French rap aficionados out there!