On Tuesday, November 18, the Consul of France in Boston, Fabien Fieschi, appeared as a guest lecturer in a class called "Global Europe in the 21st Century: Democracy, Governance, and Policy" at Harvard’s John F. Kennedy School of Government. The class of about fifteen graduate students is led by Professor Muriel Rouyer, a specialist of politics in the European Union who was formerly the General Secretary of the National Agency on Gender Parity in France.
Check our Facebook album here: https://www.facebook.com/media/set/?set=a.877812792237667.1073741964.119759874709633&type=1 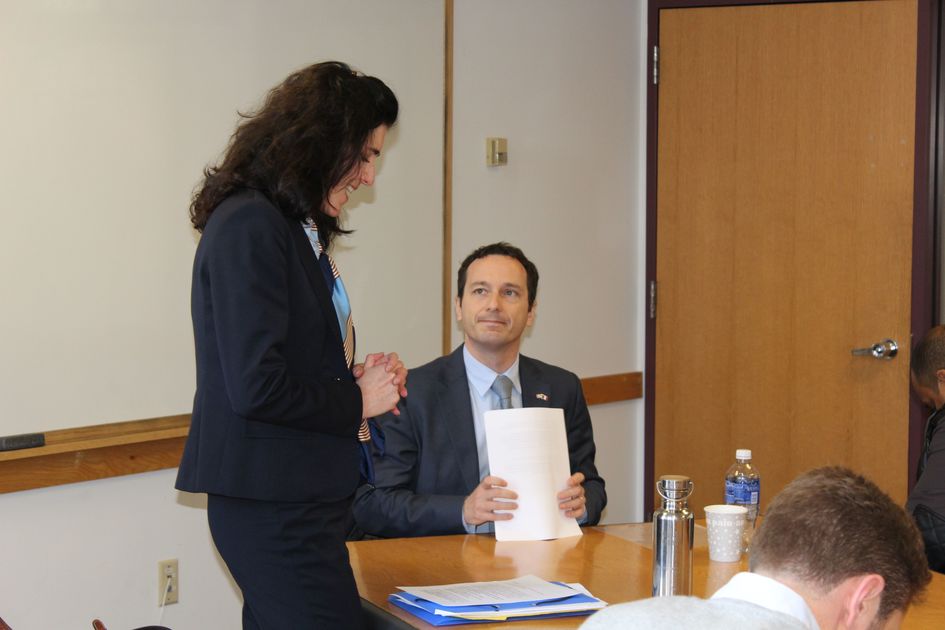 Professor Rouyer introduced Consul Fieschi to the class, citing his extensive experience in international politics and government. Not only has Mr. Fieschi held many high-level positions in France’s diplomacy with Japan, including First Secretary of the French Embassy in Tokyo; he also took part in the French Permanent Mission to the United Nations in New York as the First Secretary in charge of human rights from 2006 to 2009. For a more complete biography of Consul Fabien Fieschi, visit: http://www.consulfrance-boston.org/spip.php?article2655.

Despite the fact that the class was conducted in English, Consul Fieschi’s third language after French and Japanese, he was able to explain cogently the intricate system of the European Union and the complex interplay between the EU and the United Nations. His discourse included the principal procedural and schematic differences between these supranational institutions and the influence that they have on one another in developing their respective resolutions. After his lecture, Mr. Fieschi spent the rest of the class period responding to the students’ questions, which broached topics ranging from the EU’s global imposition of highly subjective values to the ethical questionability of the static and Eurocentric nature of the UN’s Security Council.

After the class, Consul Fieschi led a discussion among a group of francophone Kennedy School students and professors. There, the consul expanded on many of the points he had made in class, but this time, he and his interlocutors were speaking French. By assembling such experienced and well-respected government officials and scholars, the Kennedy School set the stage for substantial progress in the realm of governance.