Mr. Stephan Lewy was born to a Jewish family in Berlin in 1925. Facing significant persecution in the 1930s, Mr. Lewy managed to escape on one of the last Kindertransports to France, where he lived for three years in OSE orphanages. As the Nazi presence increased in France and his life was once again in danger, he escaped to the USA in 1942. After learning English and becoming a US citizen, he was drafted into the US Army, where the Army recognized his talent for languages and made him an intelligence specialist.

Staff Sergeant Lewy returned to war-torn Europe as a liberator. He fought in the Normandy, Northern France, Ardennes, Rhineland and Central Europe campaigns. He participated in raids, interrogated Nazi leaders, used his language skills to update general officers on the battlefield situation by listening to French, German and Russian radio broadcasts and used the information to plot the current frontlines on the Western Front. He also was a liberator of the infamous Buchenwald Concentration Camp, which held numerous French scholars, leaders, officers and resistance fighters. Mr. Lewy was recognized for his distinguished actions in France and Germany with the US Army Bronze Star Medal.

Since World War II, Mr. Lewy has dedicated himself to advocating against hate and discrimination in the world. Since 1994, he has held 265 formals speaking engagements, educating over 25,000 people (mostly students) about his story and encouraging them to learn from it by stopping hate and standing up against discrimination and bullying. He has been recognized with numerous awards for his community leadership. 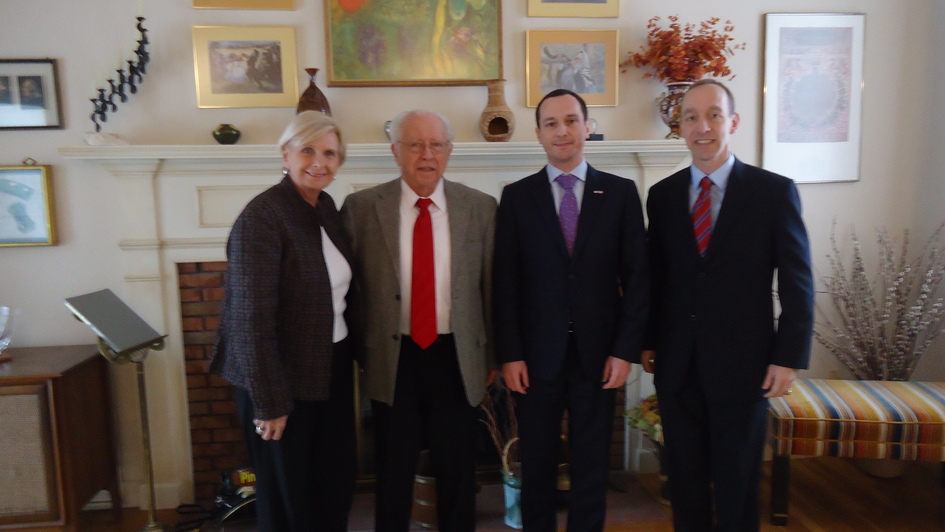