On December 6 at the Museum of Fine Arts Boston, join us for a free viewing of one of the greatest, fully colorized documentaries about WWI. Culled from more than 500 hours of archival footage (much of it previously unseen) this series explores the various factors that led the world to the brink of apocalypse. In French with English subtitles. 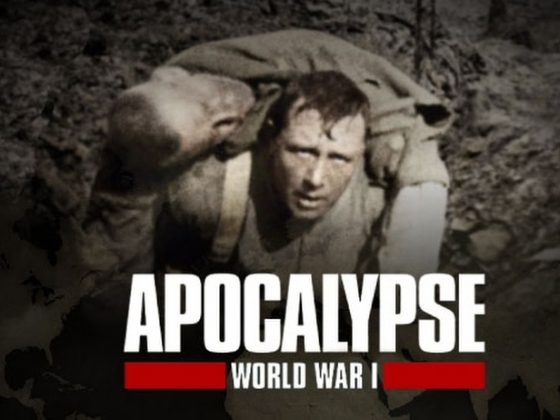 Apocalypse: World War I is a five-part documentary television series about the history of the First World War. It includes known and unpublished historical documents and chronicles the major events of the war, based on archive footage restored and recolored. The series is produced by Isabelle Clarke and Daniel Costelle and narrated by Mathieu Kassovitz with original music by Christian Clermont.

Commemorating 100 years since the start of World War I, this five-part documentary explores what it was like in the trenches, inside the government offices, and on the streets. Culled from more than 500 hours of archival footage (much of it previously unseen) and fully colorized, this series explores the various factors that led the world to the brink of apocalypse. It takes the audience inside the minds of political and military leaders, into the everyday lives of civilians, and to the battlefields: from the trenches of northern France as well as the war’s lesser-known fronts—Russia, Serbia, Turkey, Palestine, the Arabian deserts—where millions of soldiers perished or suffered horrific wounds to flesh and mind, to the intervention of the United States that helped put an end to the tragedy.

Broadcasted in France to commemorate the centennial of this historic event that has marked the 20th century, the first episode of the all-new documentary series has reached ratings of 5 880 000 viewers on France2.

Join us in an upcoming session for the viewing of this five-part documentary at the Museum of Fine Arts Boston!