"Entrepreneur is a French word!"

France was the first country invited by the City of Boston to its first-ever Lobster Tank International Pitch Competition on Tuesday November 14, 2017.

Team France, led by the Consul General of France in Boston, Valéry Freland, rose up to the City of Boston’s challenge.

Clément Guillemot from Business France, Anne Puech, the Scientific Attaché to the French Consulate, the French-American Chamber of Commerce of New England, the French Foreign Trade Advisors, the French-Tech Hub, and 6 actors from the private sector, all pitched about France’s business-friendly climate, its advantages and why anyone should engage with this startup nation!

In three minutes each, they showcased France’s creative economy, its current leading role in the European Union, its productivity, the predictability of its contract laws based on the Napoleon Civil Code, the skills and top-notch training of its engineers, the fidelity of its employees, its investors and venture capitalists, its labor law reforms, its tax-credit advantages for research and much more...

Why invest in France! Enjoy the video! 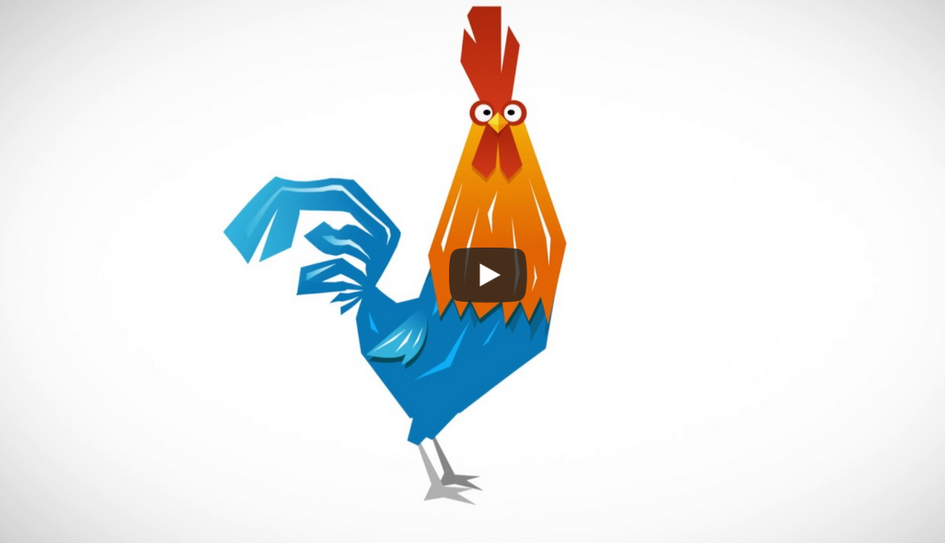 Sarah Delude, International Business Strategy Manager for the City of Boston and Jed Hammel, Head of Events for WorkBar

Jackie Lender, Startup Manager for the City of Boston 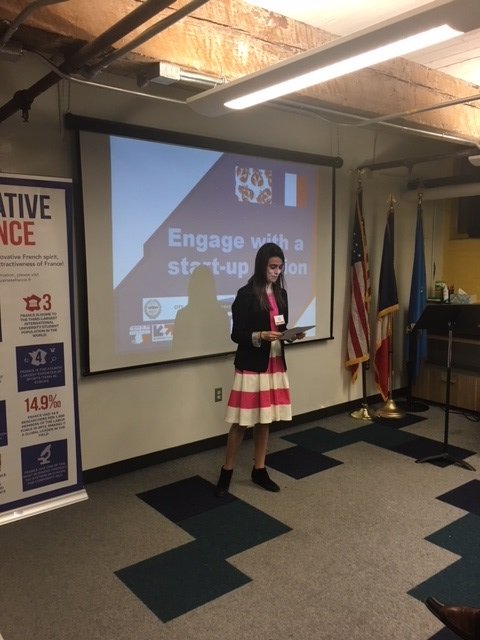 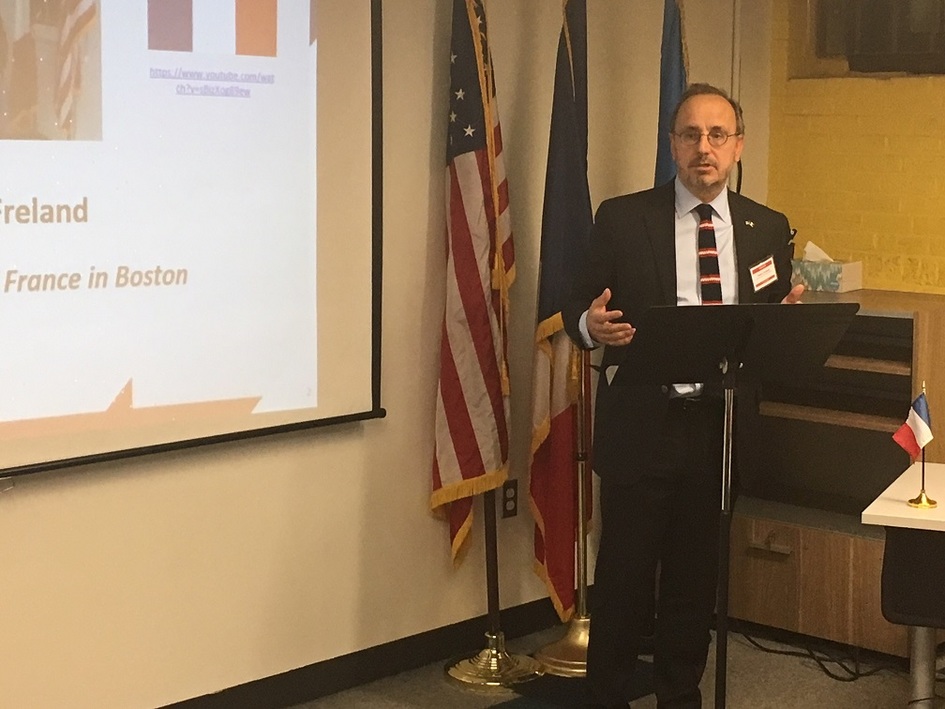 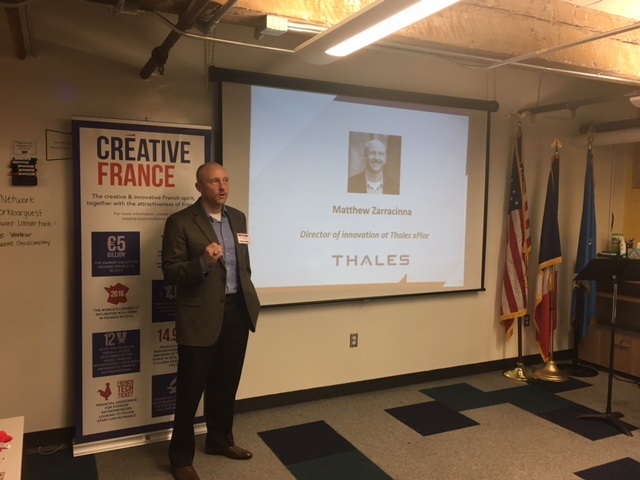 Jennifer Bock, attorney associate at McDermott Will & Emery and a member of the French-American Chamber of Commerce of New England (FACCNE)

Bernard Malfroy-Camine, CEO of MindSet Rx and a Foreign Trade Adviser of the French Government (CCEF-Boston) 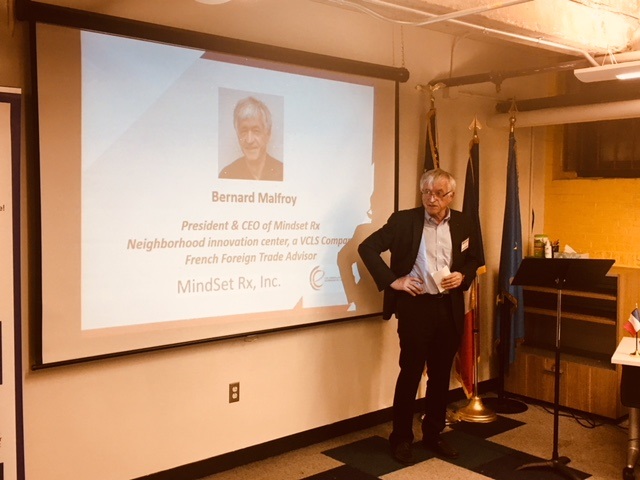 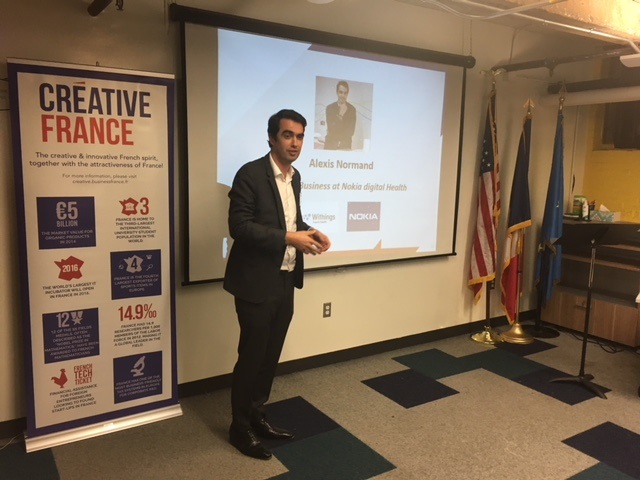 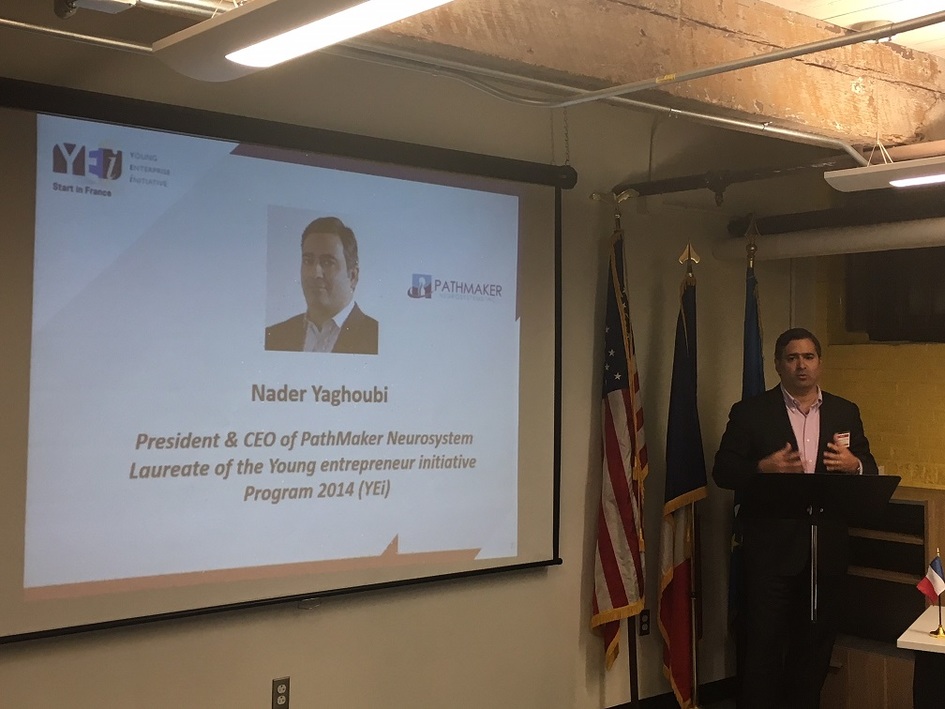 Patrick Tricoli, CEO of Nanobiotix and a Foreign Trade Adviser of the French Government (CCEF-Boston) 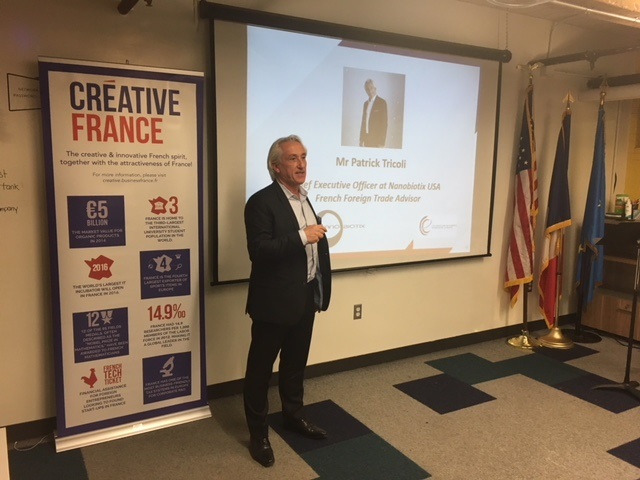