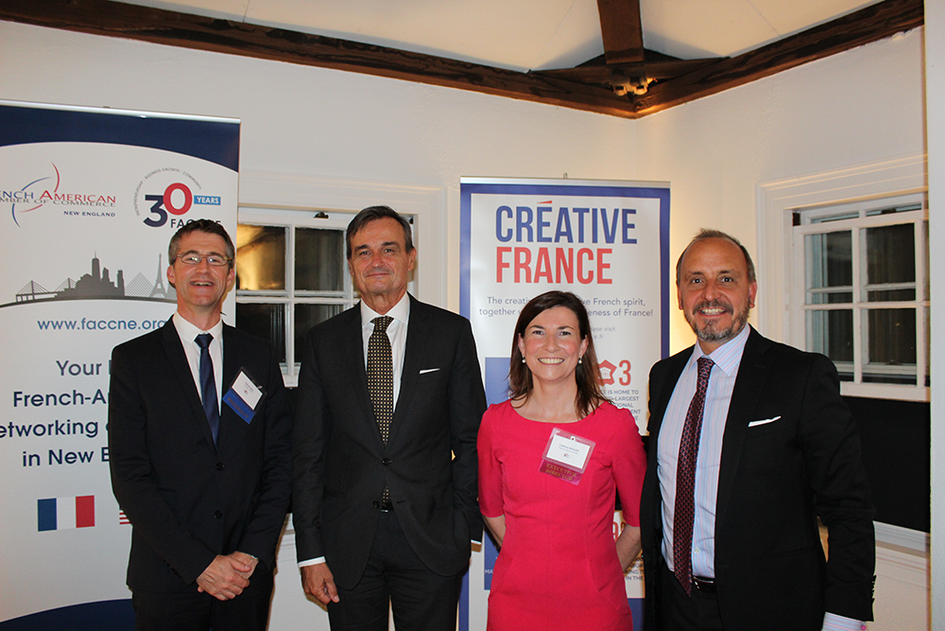 On September 12, 2016, Valery Freland, Consul general of France in Boston, and Mr. Laurent Colomines hosted the cocktail celebration for the French American Chamber of Commerce in New England (FACCNE) 30 years anniversary at the Residence of France in Cambridge, MA. Gérard Araud, French Ambassador to the United States, was the guest of honor. 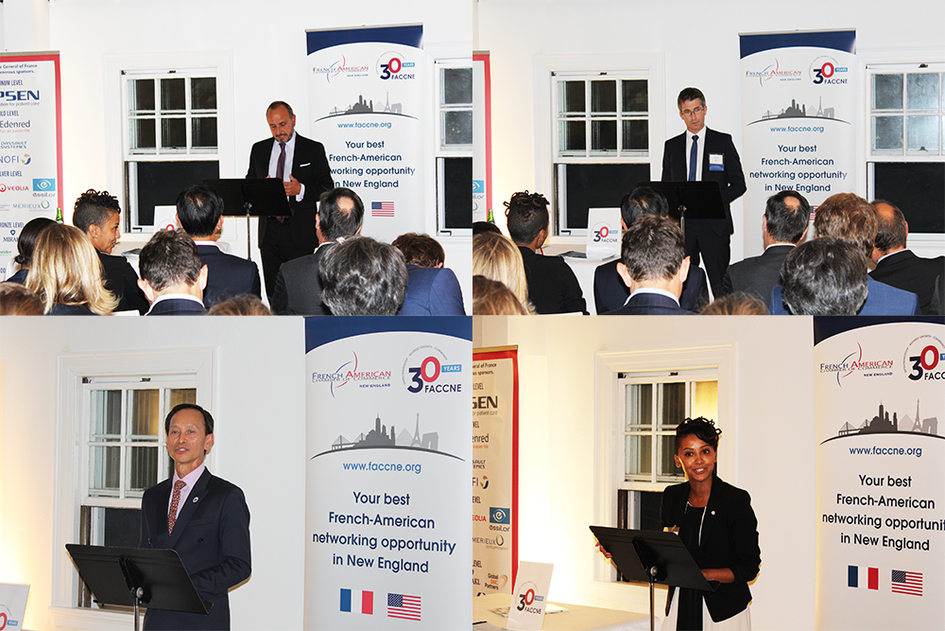 Valery Freland (Consul general of France in Boston), Patrick Bian (FACCNE’s President), Nam Pham (Assistant Secretary of Business Development & International Trade for the City of Boston) and Karilyn Crockett (Director of Economic Policy & Research for the City of Boston) all welcomed the large assembly gathered on September 12 and congratulated the FACCNE for its accomplishment and very active role in New England’s economical life. 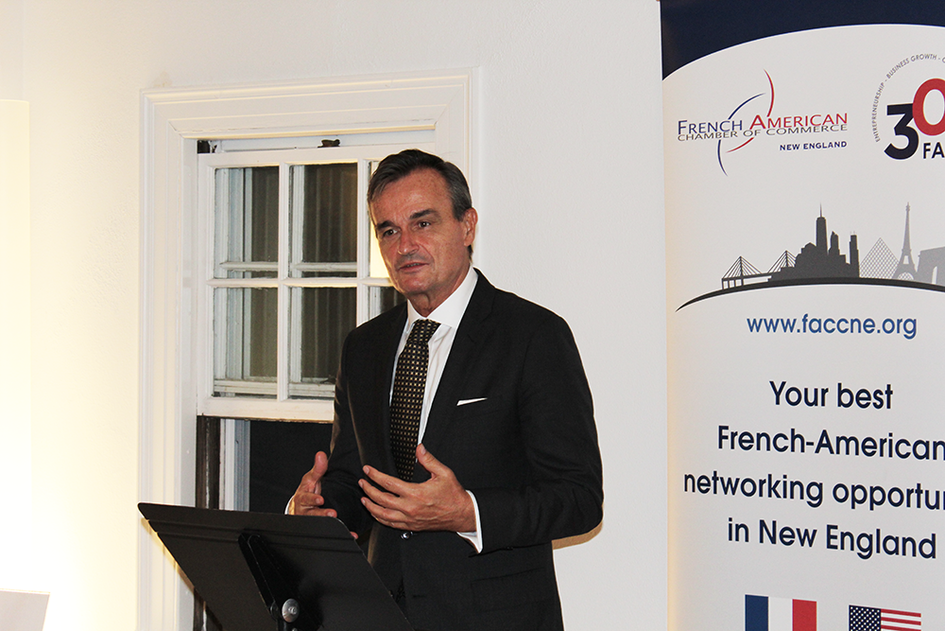 French Ambassador to the US Gérard Araud.

Ambassador of France Gérard Araud addressed the assembly that evening, covering recent political events both in France and around the world. He emphasized the importance of a bilingual education in our globalized world and highlighted how important the long-standing French-American friendship is to the international diplomacy and in the economic sphere. He also insisted on the attractiveness of France with its very friendly tax-environment, in particular for innovative start-ups and R&D centers.