On March, 27, the Cultural Service of the Consulate General of France in Boston organized with Holliston High School (MA) the "Fête de la Francophonie des écoles". The theme this year was “de la Belgique à l’Acadie” (from Belgium to Acadia) for middle and high schools students. 850 students, teachers and chaperones attended the francophone celebration. 15 schools from Massachusetts, Rhode Island, Maine and New Hampshire were represented, a number never seen before in New England.

It was also a nice opportunity for Holliston High School to celebrate the 35th anniversary of its French immersion program, initiated in 1979 by Therese Caccavalle, foreign language specialist who still runs the program, and introduced the ceremony with Dr. Jackson, Superintendant of Holliston Public Schools.

WATCH HIGHLIGHTS OF THE CEREMONY:

To kick off the festivities, a flashmob was created and presented by the Boston Latin School’s Step Squad using the song “Alors on danse” by the famous Belgian singer, Stromae. The choreography had been sent to the schools in February and the cheerful audience performed it with great enthusiasm! Then, among others activities, the winners of the song contest organized this winter by the Cultural Service of the Consulate General of France in Boston were announced: the first and second winners (classes) were in the audience, and came respectively from Lunenburg High School (MA) and York High School (ME). Their musical pieces were played to the audience.

The Consul General of France in Boston, Fabien Fieschi, closed the ceremony celebrating the living world of Francophonie and the success of the event. The Duet Piaf et Brel, Mélanie Gall and Bremner Duthie, coming from New York, concluded a very vibrant morning with songs from the famous French singers, Edith Piaf and Jacques Brel.

The French Consulate partnered in this event with the Quebec Delegation in Boston with additional support provided by the Canadian Consulate. 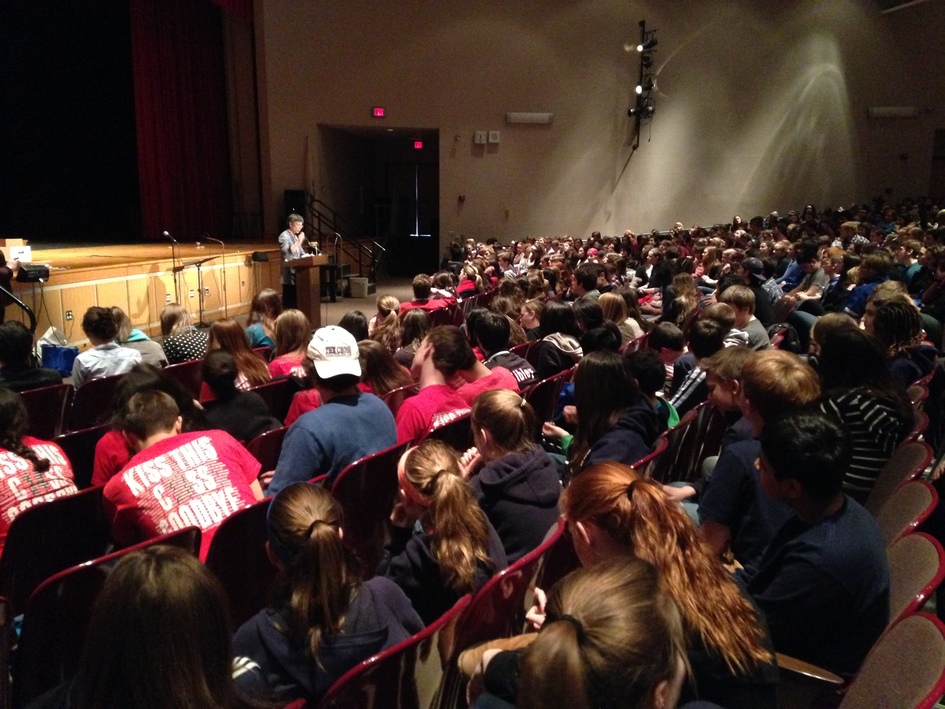