A member of President Jacques Chirac’s foreign policy team (1995-1998), François Delattre was responsible for European and trans-Atlantic defense and security matters and managing the Bosnian crisis.

François Delattre was posted in Bonn at the French Embassy in Germany (1989-1991), where he was in charge of matters pertaining to the economic impact of Germany’s unification and the environment. 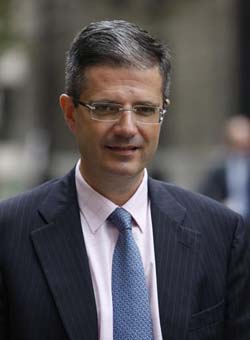