Welcome to the "French Corner", the Consulate’s monthly rendez-vous dedicated to the promotion of France’s culture and patrimony, in video! This month discover our recipe from Occitanie: the crème catalane, as prepared by Chef Christine Iredale, owner of Amuse-bouche. 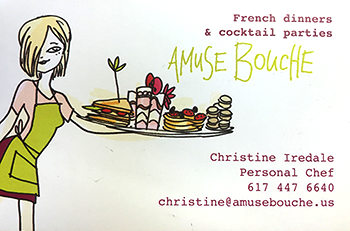 Christine IREDALE studied for two months in a professional development program at l’Institut Paul Bocuse in Lyon, France. Named the Chef of the Century, Bocuse has made numerous contributions to the advancement of French gastronomy and is well known both in his native France and abroad.