In December, the French Corner, is taking you on a trip around the Occitanie region! Stay tuned for our next post about the French aerospace school, Supaero! 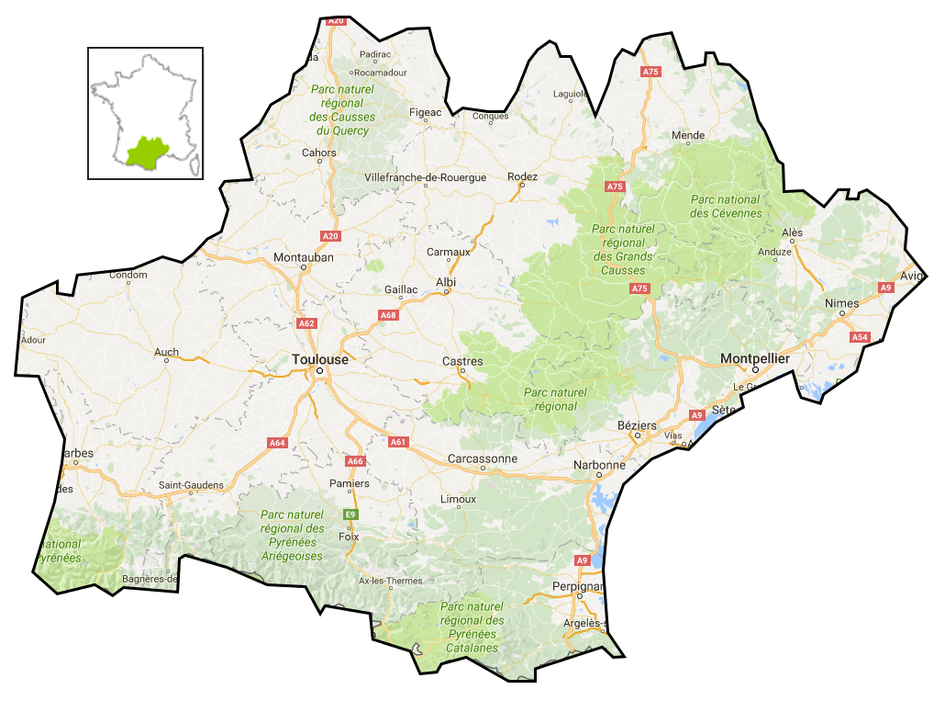 The southern part of Occitanie is occupied by the Pyrénées, a range of mountains which marks the border between Spain and France, peaking at more than 3400 meters. The city of Lourdes is one of the world’s most important sites of pilgrimage, since the allegedly apparitions of the Virgin Mary in 1858. Around 6 million visitors come every year from all over the world. Part of this area is characterized by the influence of the Catalan culture, coming from its Spanish neighbor. 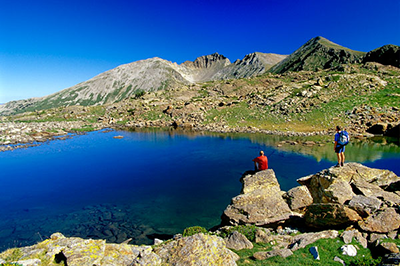 The eastern part is located on the coast of the Mediterranean Sea and hosts a lot of popular spots for seaside tourism. It is an area that has always been dynamic and attractive, both because of the commercial activities between Mediterranean countries, and because it is the shortest road from Italy to Spain. Nîmes, for example, was a Roman city, and still has many greatly preserved historical monuments dating back to the Roman Empire. The hinterland is dominated by the Cévennes, a range of mountains, and the Causses, highlands with very few inhabitants. Both are included in a national park and a UNESCO World Heritage Site. 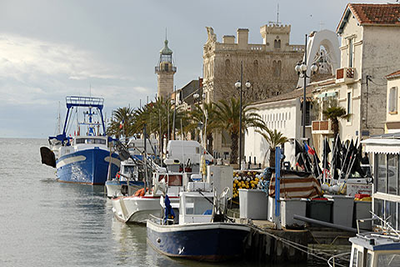 Le Grau-du-Roi, a little village on the Mediterranean Sea. 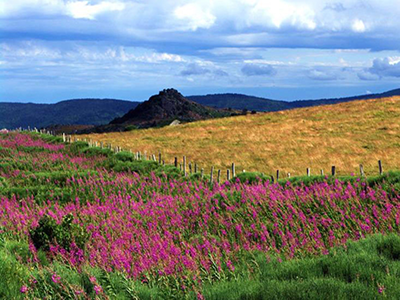 A little bit of History

Occitanie is an administrative region of France which was created in 2016 from former French regions Languedoc-Roussillon and Midi-Pyrénées. Its name comes as a reference to the historical region of medieval France where Occitan was the main language spoken. This cultural area roughly encompassed the southern half of France. Today, few people can speak Occitan in that region, but some public and private schools teach it as a second language, and some local televisions broadcast some programs in Occitan. During the Middle Ages, most of the actual Occitanie was part of the County of Toulouse, a territory which was under the rule of a Count living in Toulouse. Later, it became the Estates of Languedoc, an independent region with its own administrative, judicial and military system. After the French Revolution in 1789, the region was divided in smaller administrative entities which remained as is up to now. 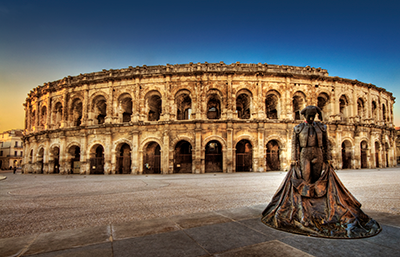 The Roman arena in Nîmes 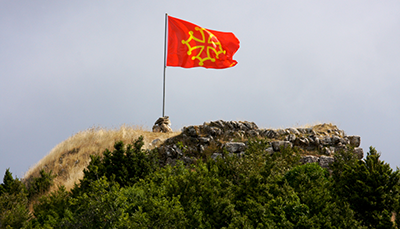 Toulouse is the main city in Occitanie and the region’s capital. It is called “the Pink City” because of its unique architecture made of pinkish terracotta bricks. The city hall, called “the Capitole”, is organized around a Henri IV’s courtyard, adorned with the French king’s statue. Through paintings and sculptures created at the end of the 19th century, the reception halls and, in particular, the grand “Salle des Illustres”, introduce visitors to the major events that have marked Toulouse’s history. One of the most beautiful part of the city is the old historical neighborhood of St Etienne, with its cathedral and and its medieval streets and buildings. 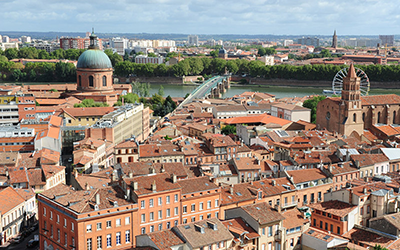 The city marks the beginning of the Canal du Midi, a 150 miles long canal connecting the Garonne river to the Étang de Thau on the Mediterranean sea. A UNESCO World Heritage Site, it is not used for river transport anymore, but it is now a popular site for tourism and recreation. Approximately 10,000 pleasure boats navigate on the canal per year, and many families choose to follow it by bike. 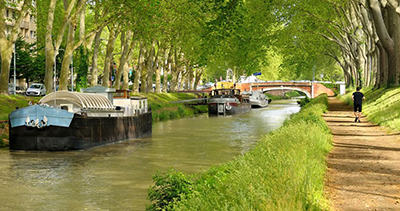 A short distance from the centre of Toulouse, the Cité de l’Espace opens the doors to all the children who want to discover the Universe through 2,500 m2 of interactive exhibitions. You can train to be an astronaut with a moonwalk simulator, or visit a life-size spacecraft in the gardens. There’s also a 3D cinema with a giant screen and a planetarium.

Toulouse is the center of the European aerospace industry, with the headquarters of Airbus, the Galileo positioning system, the SPOT satellite system, and the Aerospace Valley. The city also hosts the largest space center in Europe. This concentration of universities, Grandes Ecoles, companies and laboratories specialized in the aerospace industry has been a driven force for the city’s economy and reputation. It is now a major center where Airbus planes are designed and constructed, but also where world-class astronauts and space engineers are trained. 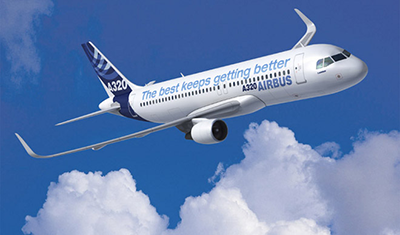 Toulouse and its area are also known in France as the French center for rugby. This sport is very popular in the region, and the local team, the Stade Toulousain, is the most successful rugby club in Europe and one of the main providers of players for the French national team.

Montpellier, the 8th largest city of France and the fastest growing city in the country over the past 25 years, is an old city with beautiful historical heritage located on the Mediterranean coast. Thanks to the TGV, the French high-speed train, it takes only 3.30 hours to go from Montpellier to Paris.

Montpellier’s central square, Place de la Comédie, is one of the largest pedestrian areas in Europe. Standing proud in the middle is the statue of the Three Graces, Montpellier’s emblematic goddesses. It is a place for people to meet and for artists to perform in public. It leads to the historic city center, known as the Ecusson, through a major street featuring luxury brands’ shops.

In the historic area, one can visit both the beautiful Roman Catholic cathedral of Saint-Pierre and the Faculty of Medicine. This university trains future doctors and health professionals since 1289. During the French Renaissance, Montpellier was a major intellectual center, and many celebrities studied there, such as the great author François Rabelais.

On top of a hill, dominating the old city, an esplanade called “Promenade du Peyrou” was built during the 17th century. It hosts a statue of former King Louis XIV of France, which faces a triumphal arch glorifying him. 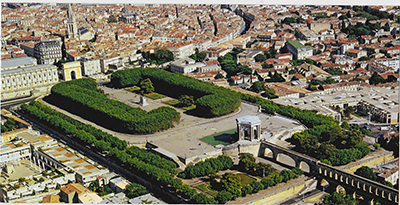 Montpellier is also known in France for its tramway, which is very modern and effective and symbolizes Montpellier’s move towards urban planning approches focusing on sustainability and quality of life. Some of the tram’s liveries were designed by French fashion designer Christian Lacroix.

The city is famous for its vibrant cultural life, and especially “Montpellier Danse”, which started in 1981 as a dance festival and is now also nurturing a very dynamic dance programmation all year long, with spectacles, conferences and workshops attracting world-class professionals and a huge audience.

This city of 118,000 inhabitants has a complex identity due to its history: once the capital of the counts of Roussillon, it then passed under the rule of the Spanish King of Aragon and became part of the Kingdom of Majorca in the 13th century. Because of its position at the Spanish boarder, it was a walled city and was often a battle place until it was finally ceded by Spain to France in the 17th century. The palace of the Kings of Majorca still overlooks the city of Perpignan. 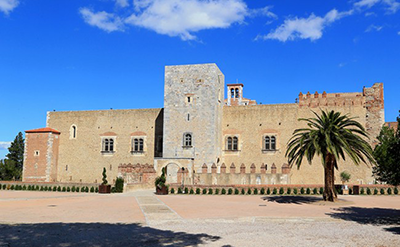 Perpignan was also influenced by the presence of many convents and religious organizations, which partly shaped the architecture of the city. Most neighborhoods therefore wear the name of a saint and are built around a church.

Because of its location, Perpignan attracts many tourists. The city is very close to the Mediterranean coast and its beaches, its small villages and its salty lagoons. But it is also very close to the Pyrénées, where people can go hiking, skiing or climbing, depending on the season. Many of them also start the Camino de Santiago and cross the boarder all the way to Santiago de Compostella. Others go visit the Chateaux Cathares, located on high peaks.

Discover Airbus’ most famous plane, Airbus A380, with this National Geographic Documentary: