Home > Going to France > Discover France > French Corner: Hauts de France, a region that needs to come under the (...)

French Corner: Hauts-de-France, a region that needs to come under the radar of each savy tourist!

The French Corner, is taking you on a trip around the Hauts-de-France region! Along with beautiful pictures, discover Lille, Amiens and more! 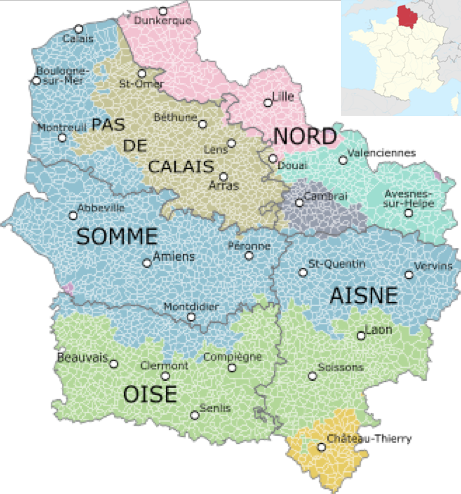 Haut-de-France is France’s most Northern region. It borders Belgium to the Northeast, the English Channel and the United Kingdom to the Northwest, as well as the French region of Ile-de-France to the South, making it a popular destination for travelers going from Paris to Brussels or to London.

Hauts-de-France is so close to England that on a sunny day at the Cap Gris-Nez, you can see England’s strait of Dover!

The region has a surface of 31 813km? (12 283sq/mile) and is home to 6 million people, making it the 3rd most populated region of France. The biggest cities include Lille, (the 5th largest French metropolitan area), Dunkirk (Dunkerque), Lens, Valencienne, Calais, Boulogne-sur-Mer, Le Touquet where the newly elected French President Emmanuel Macron owns a house and the town of Amiens where he was born!

Hauts-de-France is also the 3rd agricultural region of France, about 67% of its territory is dedicated to agricultural lands (2/3 of French potatoes are produced there!)

Hauts de France borders the Channel and the North Sea, with lots of large sandy beaches and some with cobble stones. 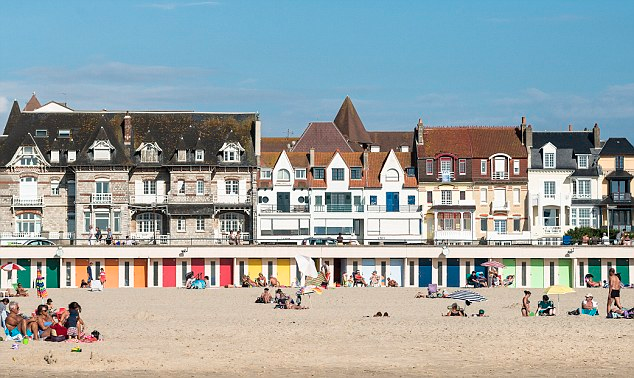 Beach huts on the seafront at Le Touquet, on the Opal Coast in Northern France

Located in the department "Nord", Lille is a worthwhile detour between Paris (120km) and Brussels (200km). With its interesting sights, pleasant city center, and friendly atmosphere, Lille is the historic capital of Flanders, which only became part of France in 1713 under the Treaty of Utrecht. The Flemish influence is seen in the city’s elegant Flemish Baroque architecture and hearty cuisine. Lilloise gastronomy incorporates typical Belgian dishes such as "moules-frites" (mussels and French fries) as well as unique local specialties like "waterzoï" (fish or poultry in cream sauce with vegetables) and "potjevleesch" (potted meat terrine). 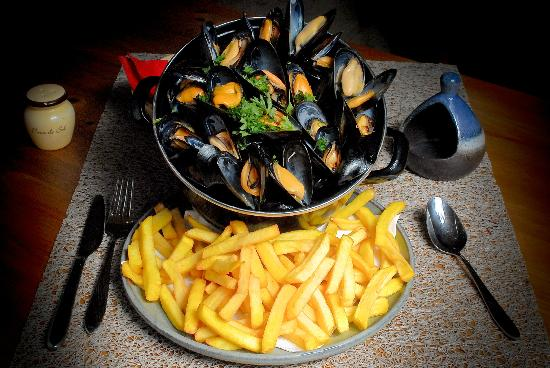 Visitors will also enjoy wandering the charming pedestrian streets and seeing many cultural attractions. Wether you want to wander around some of the city’s beautiful gardens such as Jardin Vauban, roam the beautiful streets of Vieux Lille, learn some history at the Citadel of Lille or at Charles de Gaulle’s birthplace, or visit some of France’s most beautiful buildings and monuments such as la Vieille Bourse, the Porte de Paris and many more!, save some time to visit the Palais-des-Beaux Arts, which is second in size to the Louvre, and take a break to enjoy a drink on a terrace at la Grande Place! Lille is definitely a vibrant urban, touristic and historitical destination all at once and without any pretension. 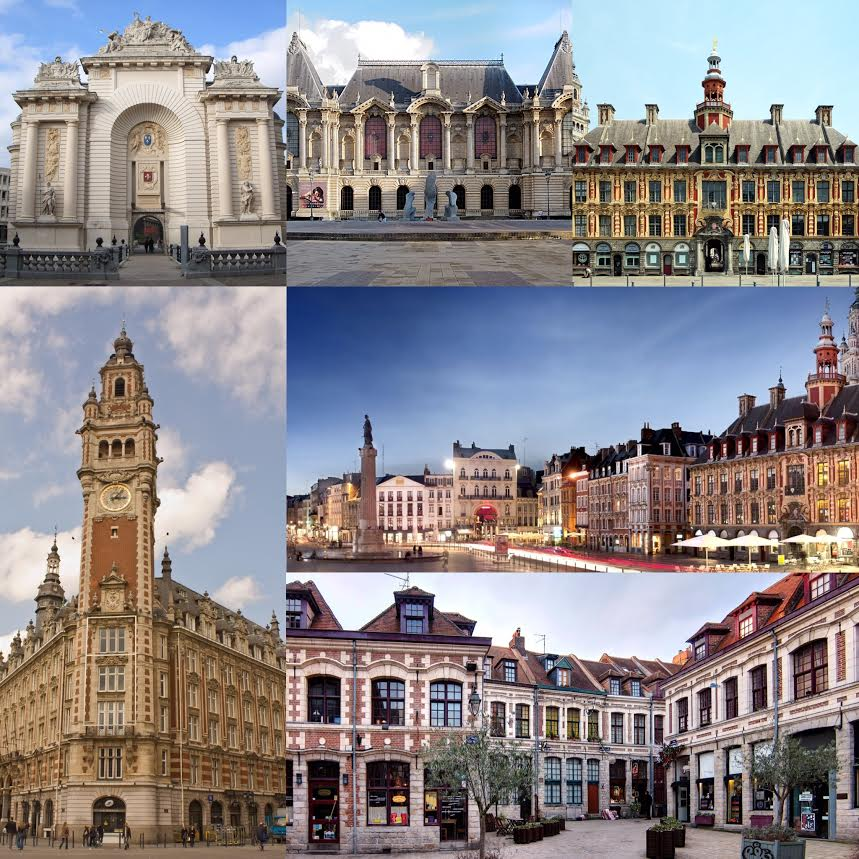 Lille also hosts an annual braderie on the first weekend of September. 2 to 3 million visitors are drawned into the city during that week-end. It’s one of the largest gathering of France and the largest flea market in Europe!

Located in the heart of the Somme department, the charming town of Amiens is full of surprises. Surrounded by quiet countryside, Amiens has an unexpected energy, especially in the trendy Quartier Saint-Leu. The main attractions include watching a stunning light show that illuminates the cathedral in a rainbow of colors, admiring one of the first skyscrapers in Europe, the Tour Perret, which has a light show of its own to mark the evening hours, wandering cobblestone streets in the old town, relaxing at a café terrace and enjoying a gourmet meal by the harbor. 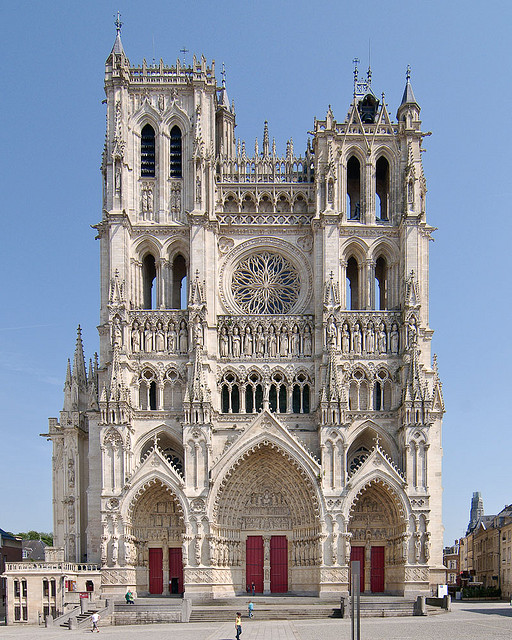 As capital of the Somme department and former Picardy prefecture, Amiens is home to the gorgeously Grand Amiens Cathedral (the largest church in France), a masterpiece of 13th century Gothic architecture and a protected UNESCO World Heritage site. 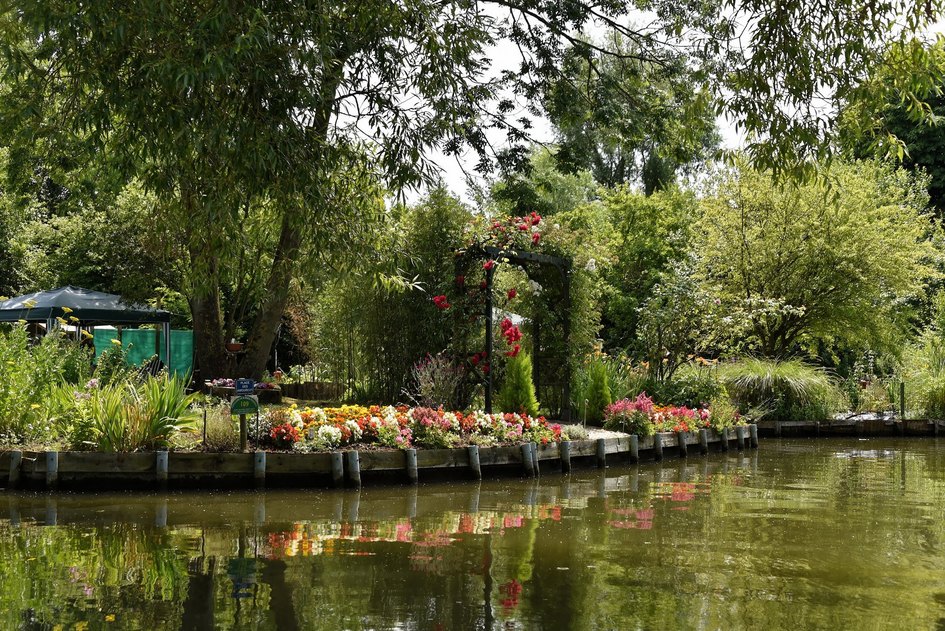 Perhaps the city’s best known attraction is Les Hortillonnages: beautiful gardens that appear to be floating on the water. The gardens have been cultivated since the Middle Ages by "hortillons" (gardeners). The area encompasses more than 300 hectares featuring unique flora and fauna, and the garden plots are only accessible by boats. 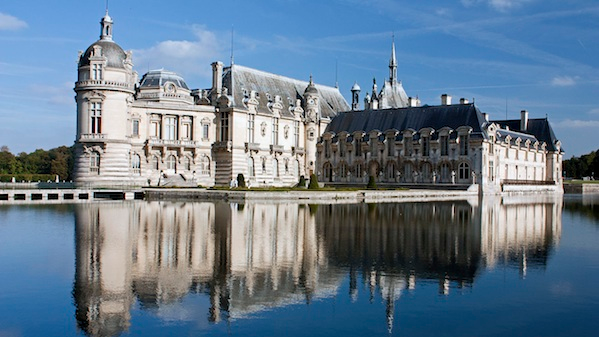 The grandiose Château de Chantilly, located only 40km from Paris, astounds visitors with its remarkable architecture and unique setting. Surrounded by water, the château appears to be floating on a lake. The château was originally founded in the Middle Ages but was renovated in the 16th century and is a wonderful achievement of Renaissance style. In the 17th century, the Prince de Condé family further renovated the château and turned it into a place of entertainment and celebrations. Famous writers came to stay such as La Fontaine, La Bruyère and Madame de La Fayette. The magnificent Grand Apartments and Small Apartments are decorated with fine furnishings and detailing, reflecting the grandeur of the place. The château has its own museum, the Musée Condé, with an incredibly vast collection of art. There are more than 800 masterpieces of classical English, French, Flemish, and Italian paintings. The Chantilly Estate has beautiful gardens designed by Le Nôtre, which are surrounded by a forest. There are French Gardens, an English Garden with stables, a Chinese-influenced garden, and a small park in the woods. Gourmets will be interested in this culinary trivia: “Whipped Cream” was invented by famous chef François Vatel, in Chantilly and is known as "Crème Chantilly" in France. 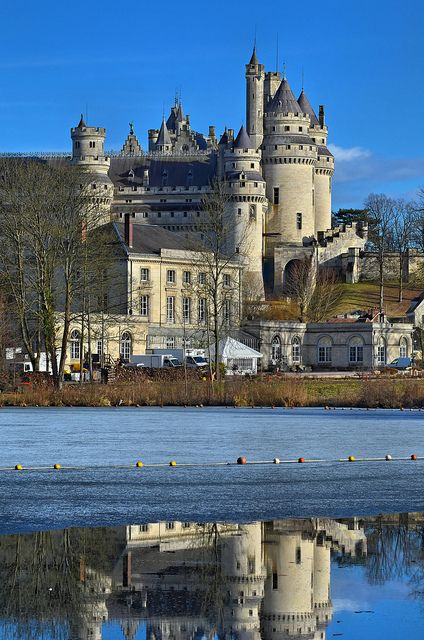 With its striking white stone façade, multi-level turrets, and enchanting setting of the Compiègne forest, the majestic Château de Pierrefonds looks like every princess’ fairy tale castle. Originally built in the 15th-century by Philippe d’Orléans, the castle was torn down by Louis XIII in the 17th century, then rebuilt by celebrated architect Viollet-le-Duc in the 19th-century as an imperial residence for Napoleon III.

In recent years the castle has also made a name for itself as a filming location for several movies and TV shows, most notably "Les Visiteurs", "The Man in the Iron Mask" and hit BBC series "Merlin".

So next time you plan a trip from London to Paris or Paris to Brussels or Amsterdam, don’t forget to make a stop in Hauts de France! At anytime of the year, this region of France will find a way to enchant you!