This spring, the French Corner is taking you on a trip around the region of Corsica! Check it out and plan your next vacation under the sun, enjoying the Mediterranean sea! 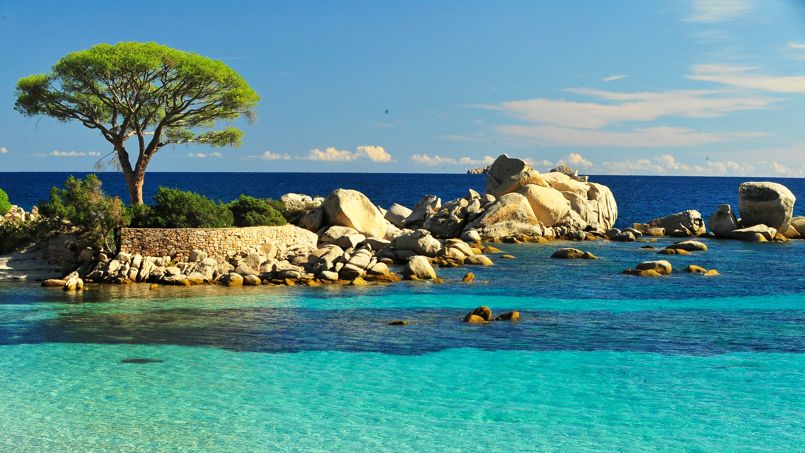 The Mediterranean island of Corse, or Corsica, is a territorial collectivity of France. The official langage of Corse is French, but Corsicans also speak the Corsican dialect called Corsu. 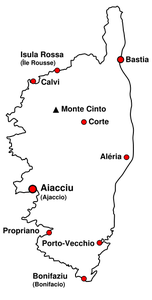 The island consists of the départements of Haute-Corse and Corse-du-Sud. The capital of Corse is Ajaccio, which is also where Napoleon Bonaparte was born!

Corse is the fourth largest island in the Mediterranean Sea behind Sicily, Sardinia, and Cyprus. The island of Corse is conveniently located, being only 105 miles (170 km) from southern France and 56 miles (90 km) from northwestern Italy.

Corsica is an island with a long and rich history. The island’s history dates back to at least the 3rd millennium BCE. The recorded history of the island, however, begins in about 560 BCE when the town of Alalia was founded by Greeks from Phocaea in Asia Minor. The island was later conquered by the Romans during period of 259 to 163 BCE. Since then, Corsica has switched hands numerous times, with a brief period of independence from 1755-1769. Since 1769, Corsica has been part of France, with the exception of 1794 to 96, when it was under English rule, and during the German and Italian occupation of 1940-43. 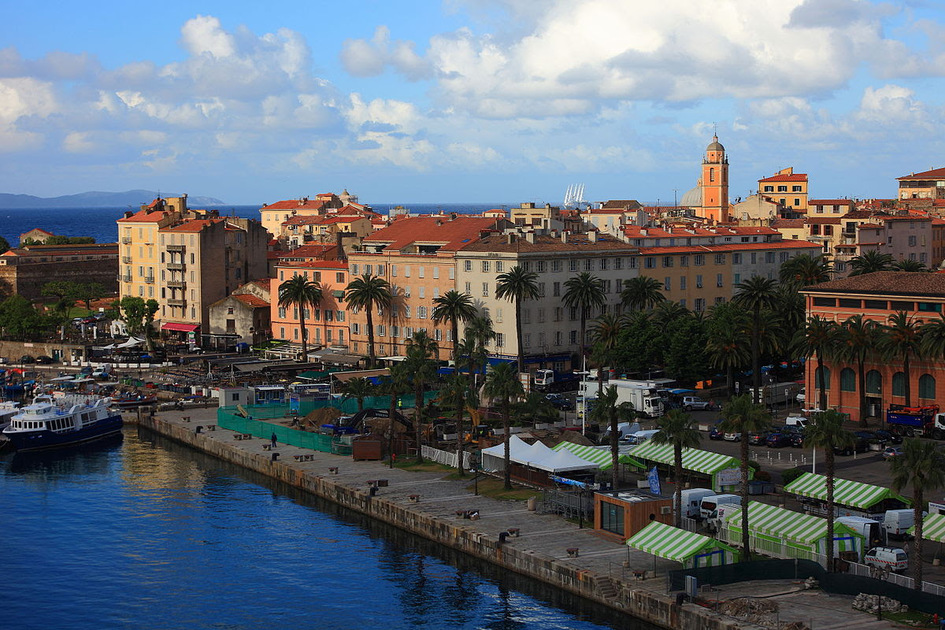 When visiting the island of Corsica, it is essential to make a stop in the capital, Ajaccio. The city is known for its beauty, museums, food, and outdoor activities. Ajaccio is home to Palais Fesch, a museum of fine arts, as well as Parata Peninsula, a protected natural oasis. Outdoor activities are a must in Ajaccio and the possibilities are endless. One can go hiking, canyoning, mountain biking, climbing, and more! The city also hosts many exciting events throughout the year. In the summer, Ajaccio has summer polyphonies, where you can discover traditional Corsican songs, along with night shopping, where shops in the historical area of the city are kept open late and the arts take to the streets. In August, the city plays host to Napoleonic Days - a three day event where one can travel back to the era of Ajaccio born Napoleon. Lastly, Ajaccio is known for its food, with its delicious assortment of seafood and its mountain delights. 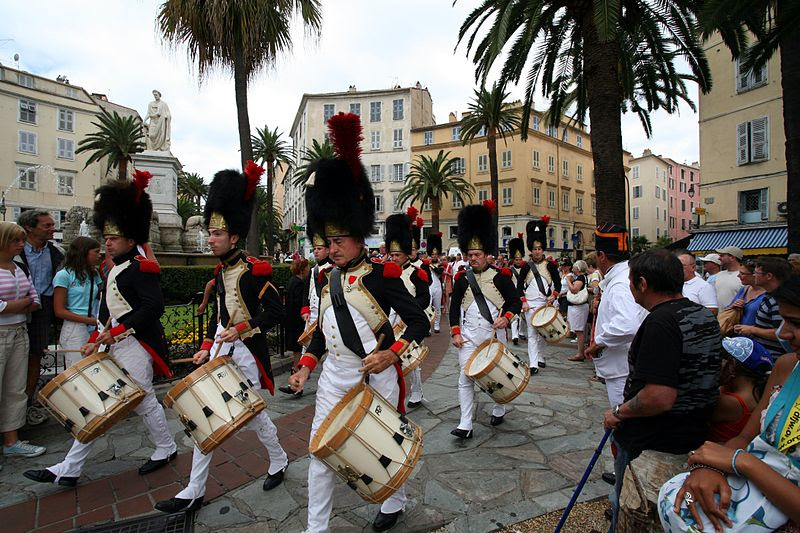 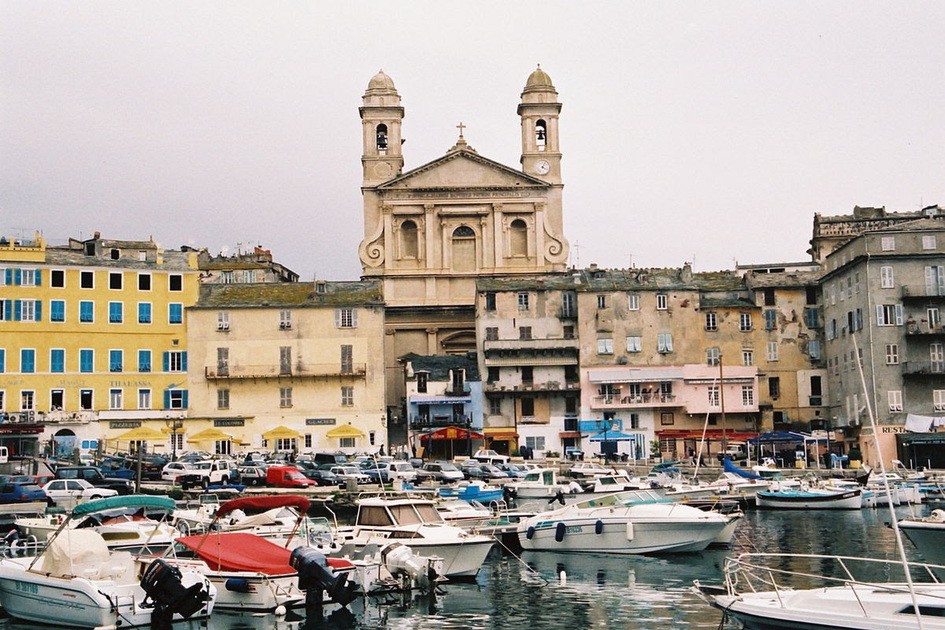 By Greudin (self-made by Author) [Public domain], via Wikimedia Commons

Bastia, a commercial port town, is found in the north-east of Corsica. The city of Bastia can be divided into three key areas: the old town, the citadel, and the old harbor. In the old town, one can wander through the narrow streets and aged, beautiful buildings. In the old harbor section, there are two ports, beautiful views of the Mediterranean Sea, and many restaurants and bars. This area of the city is also home to the Church of Saint John the Baptist. In the area of the citadel, one can explore the gardens, the Terra Nova district, the Governor’s Palace, and the churches of Sainte-Marie de l’Assomption and the Baroque Oratoire-Sainte-Croix. Last, but not least, check out Place Saint Nicolas: an open, spacious square, lined with trees and cafés. 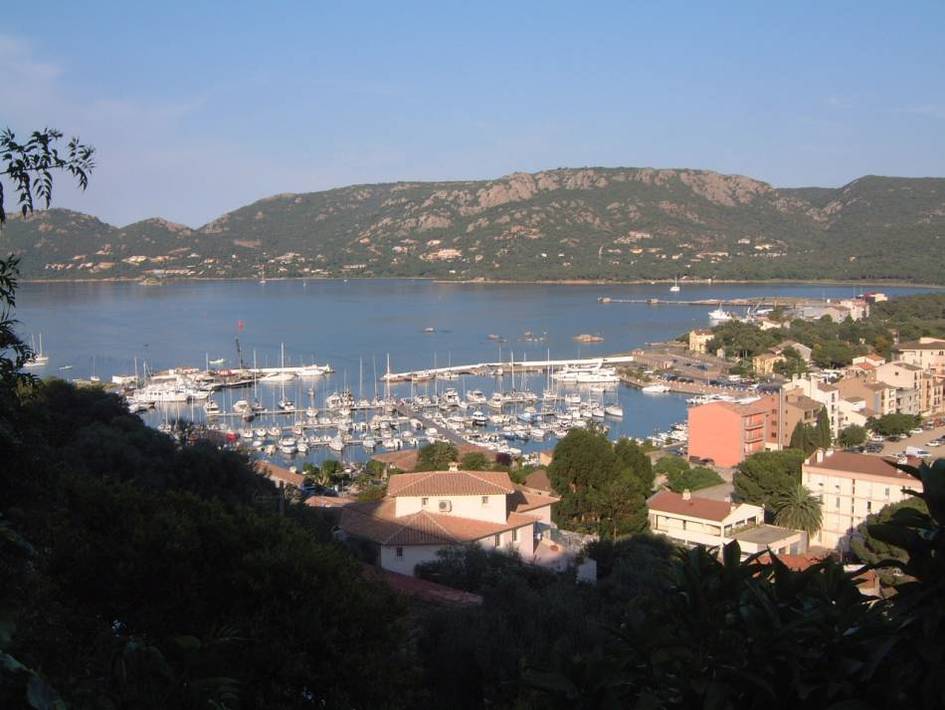 Porto-Vecchio, a town in the south-east coast of Corsica, is a popular destination for tourists who want to visit the beaches and the mountains. The marina is built on a former salt marsh, which plays a part in the town today as well. The town consists of the citadel and old town, as well as the marina. While small, the town is picturesque and tranquil. Porto-Vecchio is best known, however, for its beautiful beaches. Some of the more popular beaches include Palombaggia, Santa Giulia, Cala Rossa, Saint-Cyprien, and Tamaricciu. 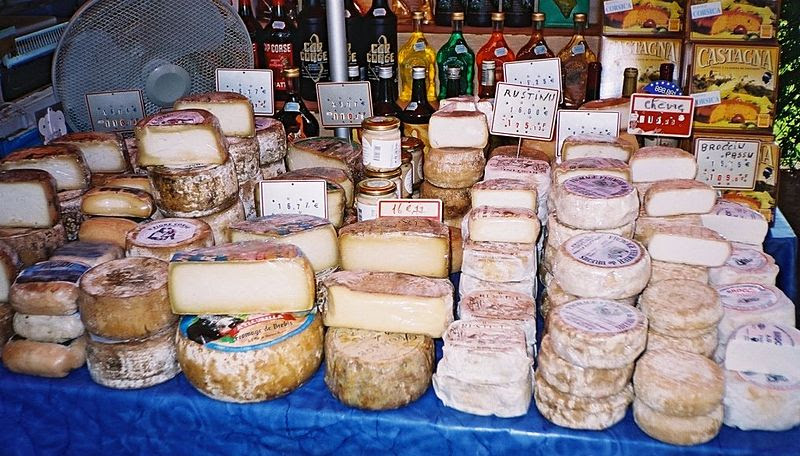 By User:Arnaud 25 (Own work) [Public domain], via Wikimedia Commons

Broccio Brocciu is fresh cheese made with pure ewe’s or goat’s milk and whey. The cheese can be enjoyed fresh or preserved and is used in a variety of dishes, such as omelettes, ravioli, doughnuts, pies, artichokes and fish. 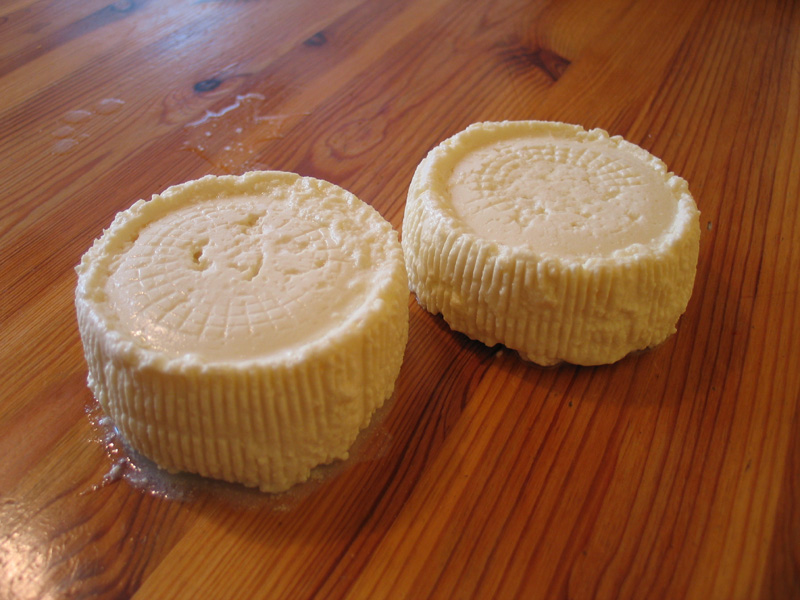 Corsica is also known for its wide variety of seafood, including red mullet, sea bream, crayfish, oysters, and trout. Nevertheless meals with venison or smoked ham are the most popular. When in Corsica, check out this signature dish - a delicious casserole with boar, onions, garlic, carrots, chestnuts, fennel, eau de vie, and red wine, the "Civet de Sanglier". 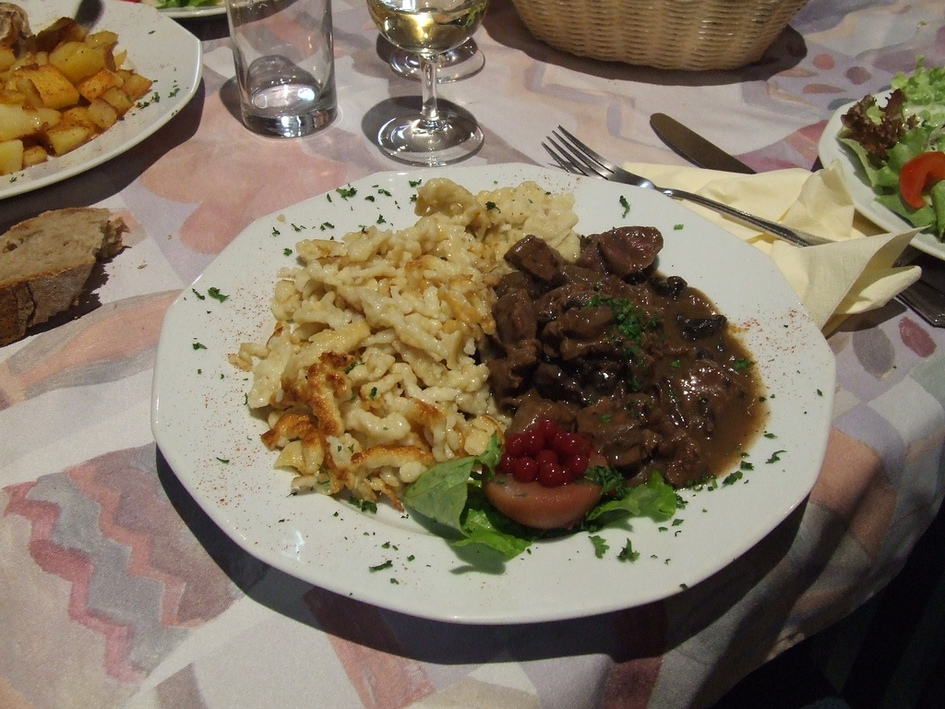 Charcuterie Corsica’s charcuterie selection is well-known and widely admired. The charcuterie is produced in the mountains near the center of the island and is focused mainly around a regional species of pig, the cochon nustrale, which is raised on a diet of chestnuts, acorns, and local roots. Some of the most popular forms of charcuterie are the Figatellu di Corsica (pork sausage), coppa (dried pork), lonzu (seasoned fillet of pork), prisuttu (seasoned ham), and dried sausage. 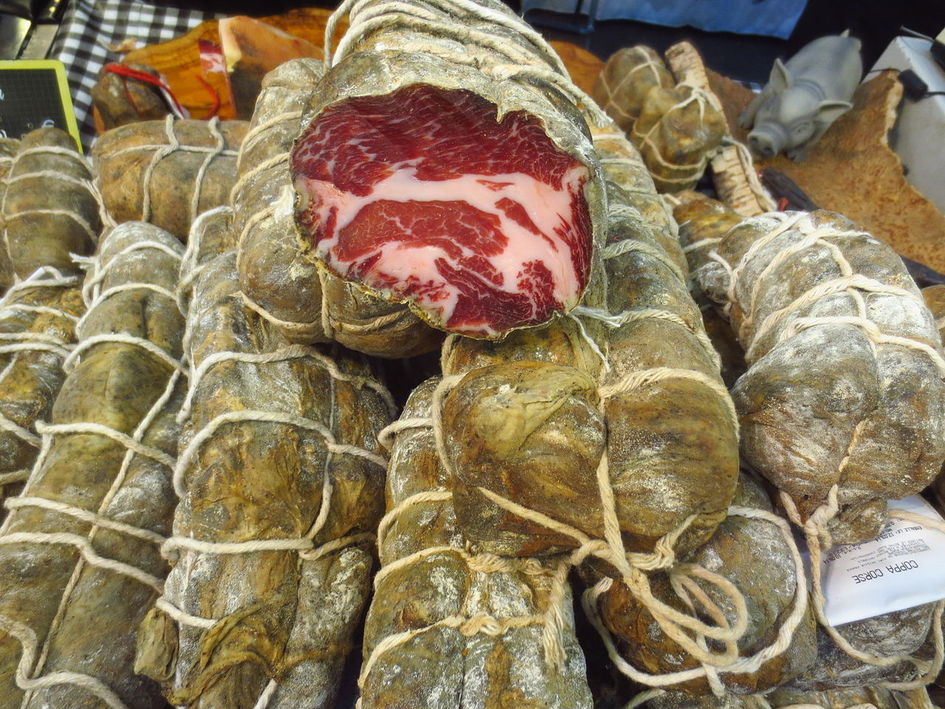 From Corsica to Boston, an inside look with Northeastern University exchange student Paul-Louis Moracchini 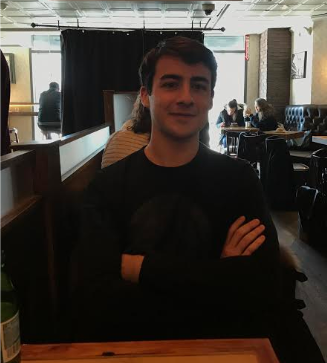 A few weeks ago, the Consulate had a café with Paul-Louis, a Corsican native, who is studying at Northeastern University for a year. We interviewed Paul-Louis about his experiences in Corsica and Boston, but more specifically about Corsican culture and identity, similarities and differences between the Corsican region and the New England region, and his experiences studying in France vs. the United States. Here’s what we learned…

Culturally, are there any similarities between the Boston area and Corsica? What was the biggest culture shock you had coming to Boston?

Paul-Louis noted a few interesting similarities between the two regions, saying that both Bostonians and Corsicans tend to travel and be curious about the people they encounter. They are interested in learning about where you come from and your history. Growing up in Corsica, Paul-Louis watched many American movies and was shocked to see all of the things he had seen for so long on a screen come to life. One of these shocks was seeing an actual yellow school bus in the street!

How did you decide to come to Boston for part of your college career? What are you studying?

Academically, Paul-Louis was interested in participating in an exchange program in the United States and was accepted to Northeastern University. At Northeastern, Paul-Louis is studying Political Science, History, and Arabic. Other reasons that drew Paul-Louis to Boston included being in a city and being on the east coast. He wanted a chance to experience the four seasons, something he had never really experienced growing up on the sunny coast of Corsica.

Paul-Louis remarked that in France, the academic system is more stressful in several ways. Students tend to be in class for more hours per week and have more homework. He nevertheless felt that the academic programs were more structured in France, which he preferred. From what he has experienced in the American education system, he has enjoyed the variety of courses available and the freedom to choose among many different types of classes and educational paths.

What do Corsican students enjoy doing in their free time?

Paul-Louis explained to us that many students enjoy singing, whether for a traditional Corsican singing group (“profane”) or for a religious singing group (“religieux”). Some popular songs include “Paghjella,” which describes Corsican village life and “Dio Vi Salvi Regina,” which translates to “God Saves You My Queen”.

Check out the video "A Filetta- Paghjella (traditional)" below for an example of traditional Corsican music:

Sports are another pastime enjoyed by many, including hiking and soccer. Additionally, playing chess is very popular among Corsican students.

Thank you Paul-Louis for your time and your insight! We wish you the best for your next adventure!