As part of the Franco-German Year, the Goethe-Institut Boston and the Consulate General of France in Boston are pleased to present the Boston French-German Film Festival.

The Franco-German Year celebrates the fifty years of friendship and cooperation between France and Germany since the signing of the Elysée Treaty in 1963. To recognize this important anniversary, many special commemorative events will be held throughout the year in Europe as well as in the United States.

See below for film times and information: 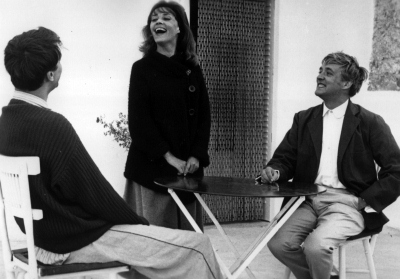 In turn of the century France, Jules and Jim become fast friends. Jules is from Germany, while Jim is a native. They share favored pastimes like poetry and pretty women. One day, they meet Catherine, a free spirited young woman who immediately captures their heart. While she teases both men, she eventually marries Jules. World War I breaks out, and the friends are forced to fight on opposite sides. When the conflict ends, Jim goes to visit Jules and Catherine. All seems fine, but Jules has bitter news. Catherine is unfaithful, and no longer loves him. Instead, she sees Jim as her latest, most desirable target for conquest. Tragedy lies in wait for this troubled threesome, as Catherine’s inability to determine what she truly desires is destined to destroy both Jules et Jim. 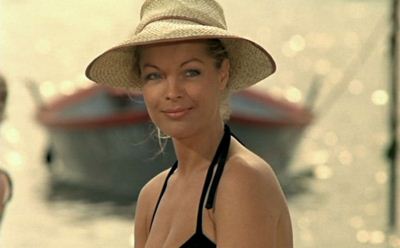 Rosalie (Schneider) is a divorced mother of one who happily divides her time between her mother’s house, where she lives with her siblings and daughter, and her boyfriend César’s apartment. César (Montand) has made a fortune dealing in scrap metal and, though he loves Rosalie dearly and she him, he seldom shows his appreciation for her outwardly. Enter Rosalie’s old boyfriend David (Frey), a successful comic-book artist, who walked out on her several years before but suddenly appears on the scene with the intention of winning her back. So starts a battle of wills as César and David fight for Rosalie’s love and attention, whilst she begins to feel increasingly like she’s playing piggy-in-the-middle. Just who will our protagonist chose as her knight in shining armour? Don’t miss the young Isabelle Huppert as Marité in her debut feature film. 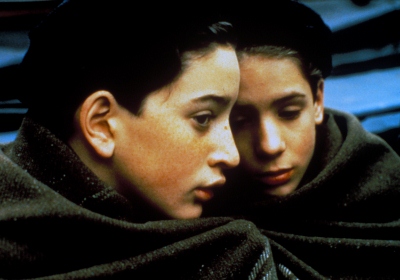 Gaspard Manesse plays Julien, an 11-year-old Catholic boarding-school resident during the Nazi occupation of France. He is witness to the courage of his instructors, who defy the German’s anti-Semitic policies and quietly enroll Jewish children into the school under assumed names. Manesse befriends Jean (Raphael Fejto), one of these "instant Catholics." The refugee children are betrayed by a hostile ex-employee of the school, forcing Julien once more to be a bystander to history as Jean and the teachers are arrested.
For this return to the French film industry after several years in the US, Louis Malle purged himself of his own bitter memories of life under the Nazis, telling an autobiographical tale of the time he spent in a French boarding school during the German occupation of his homeland. 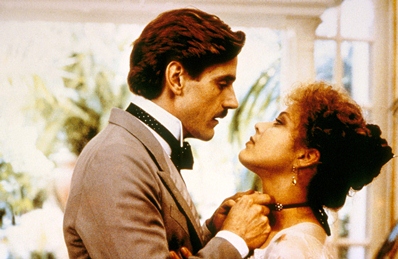 Schl?ndorff’s SWANN IN LOVE — as opposed to Proust’s — is the story of a pale young man who goes one day to visit a prostitute, and is actually indifferent to her until she stands him up. Then he becomes obsessed. She is not the right woman for him, but her very wrongness becomes fascinating. Proper society, of course, disapproves of his affair — and talks of nothing else. 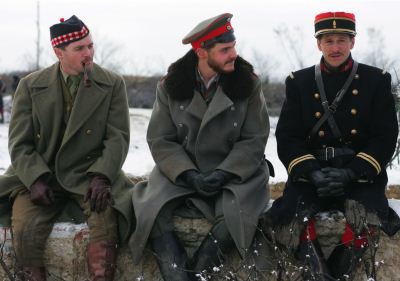 The beginning of the First World War brings together the lives of three people in a highly dramatic way. In 1914, the German Star-Tenor of the Berlin Opera, Nikolaus Sprink, goes to the western front, leaving his big love and singing partner Anna S?rensen behind. At the same time, the Scottish vicar Palmer and the French lieutenant Audebert enter the war. All three are to witness and take part in an unique encounter with enemy troops during Christmas Eve. One which counterpoises the complete senselessness of the war. The film is based on a true event.


These events are organized with