He started his day with a conference at the Harvard Kennedy School where he was invited by his long-time friend, Mr. Ashton Carter, former Secretary of Defense. 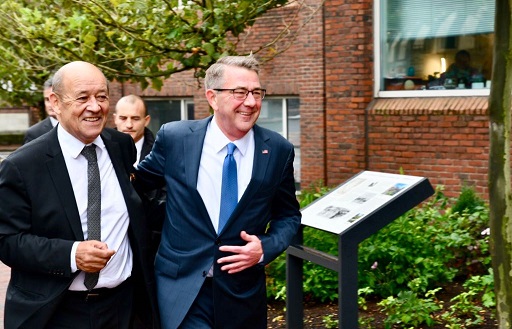 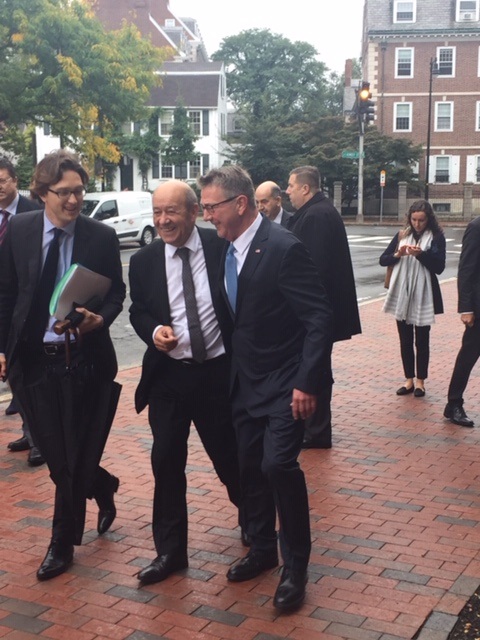 From left to right, Minister Le Drian, Director Ashton Carter and Ambassador of France to the US, Gérard Araud 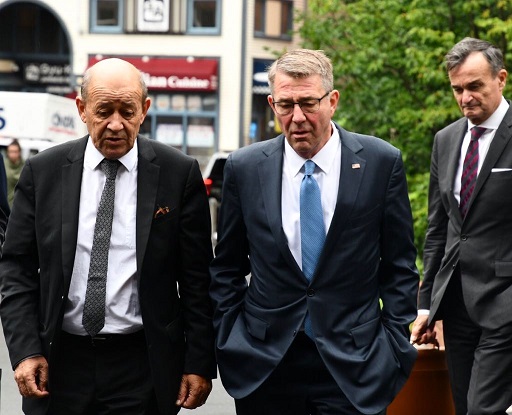 As a major actor in the Syrian Crisis, in the Iranian Nuclear Deal, and in the fight against terrorism in Sahel and Libya, the French Minister for Europe and Foreign Affairs, Mr. Jean-Yves Le Drian, was invited to speak at the Harvard Kennedy School on September 28th, by Mr. Ashton Carter, former Secretary of Defense and current Director of the Belfer Center.

Mr. Jean-Yves Le Drian shared his views on the crisis diplomacy is currently experiencing at a global level, the tensions that are emerging and the challenges for transatlantic relations.

“Is diplomacy still alive?" questioned the French Minister of Foreign Affairs who advocates for the mobilization of all powers of good-will and free democracies, to support the International Order. 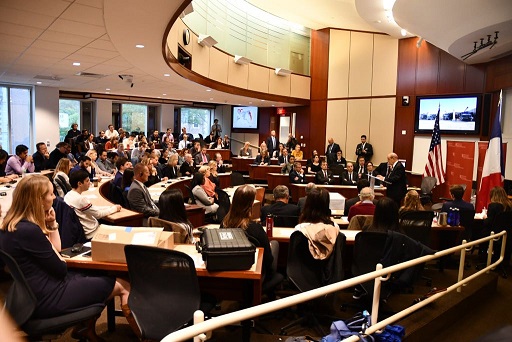 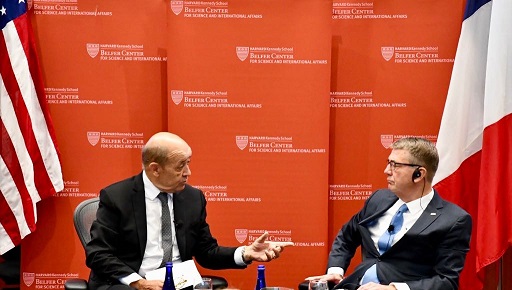 Harvard students came to congratulate him at the end of the conference, asking for a selfie session! 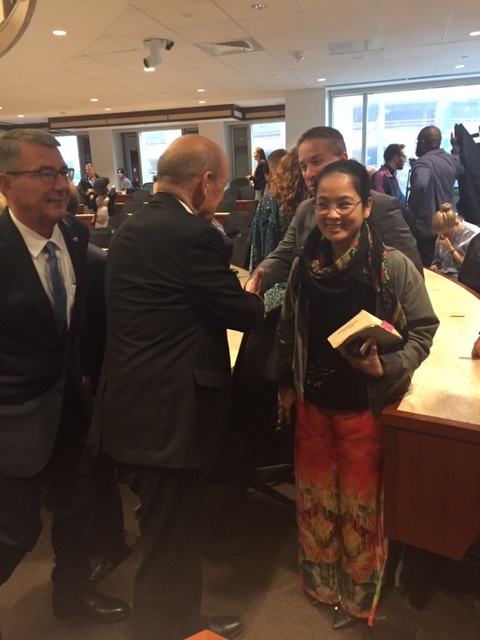 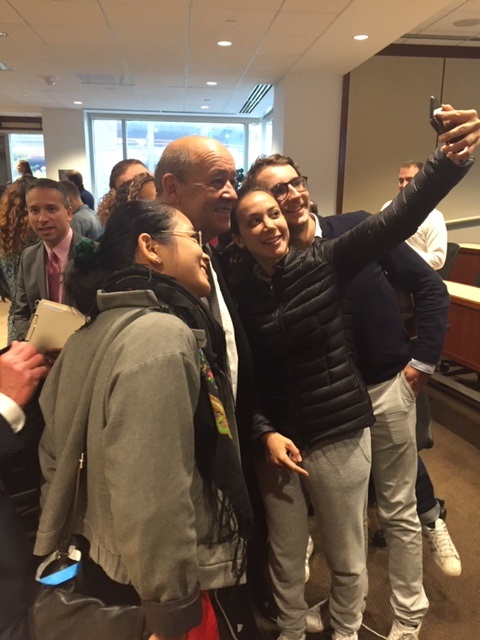 In the afternoon, Minister Le Drian was invited at Sanofi-Genzyme to meet with some of the members of the FrenchTech Boston and other entrepreneurs established in the Greater Boston area.

He was welcomed by Mr. Bill Sibold, CEO of Sanof-Genzyme. 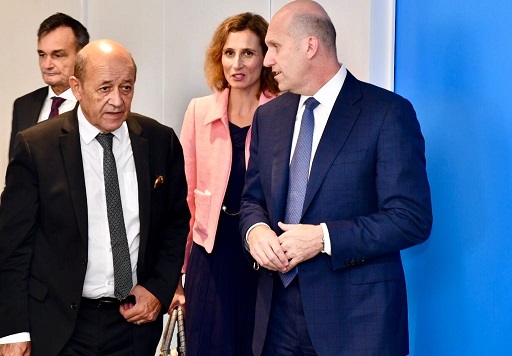 Minister Le Drian took the time to talk to some members of the French community living in the area. 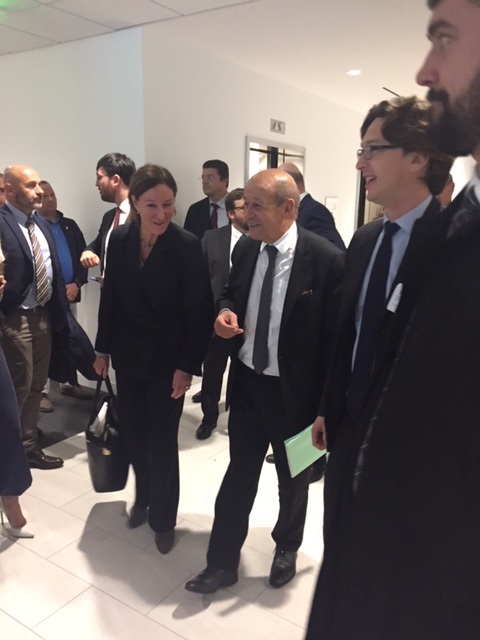 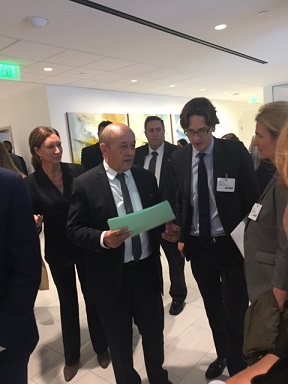 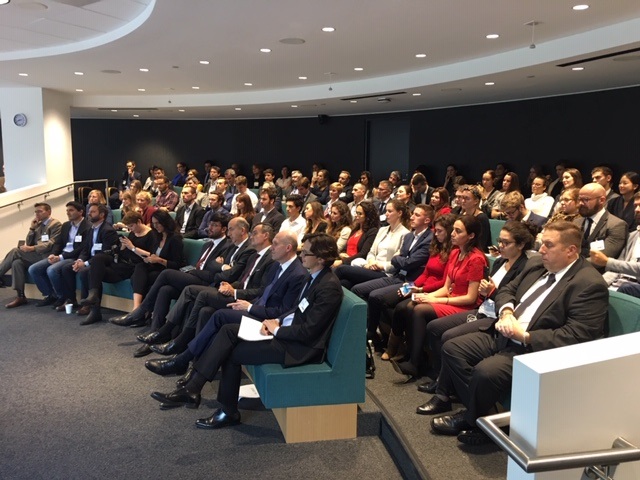 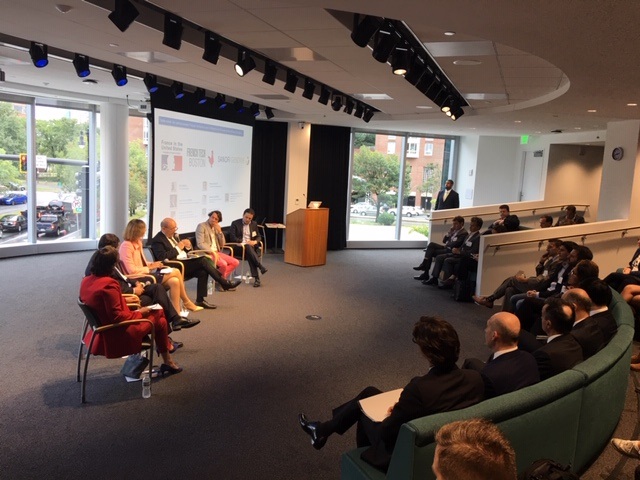 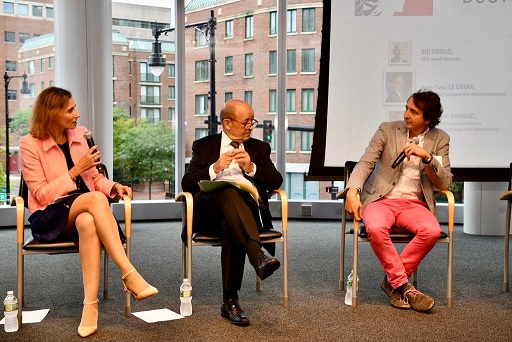 The Minister’s visit ended with the decoration ceremony of President Joseph E. Aoun from Northeastern University 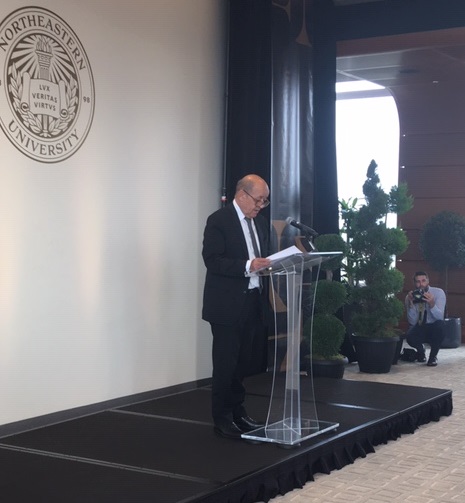 Northeastern University President Joseph E. Aoun was bestowed by French Minister for Europe and Foreign Affairs, Jean-Yves Le Drian with the Legion of Honor, France’s highest award, which is conferred on those who have made outstanding contributions to French culture, France’s international outreach. 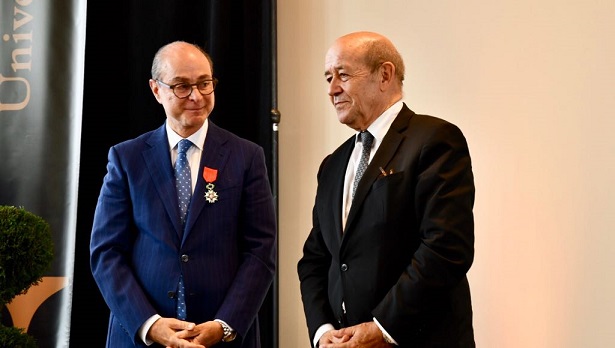 The award ceremony was also attended by Gérard Araud, Ambassador of France to the United States, as well as French and American dignitaries and close friends and family members of the university and President Aoun. 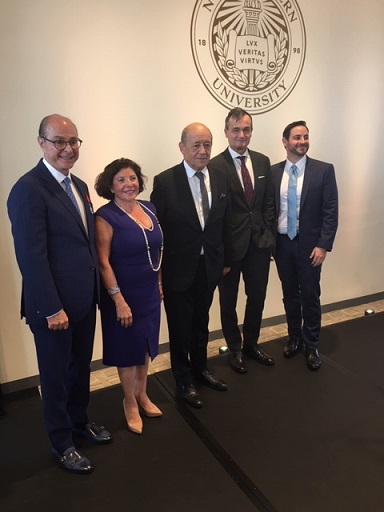 “I was raised in Lebanon in a bilingual family,” Aoun said. “I used to dream in French and be scolded in Lebanese. I went to a French school from the age of 5. I learned to add in French, subtract in Arabic, divide in Latin, and multiply in English.” 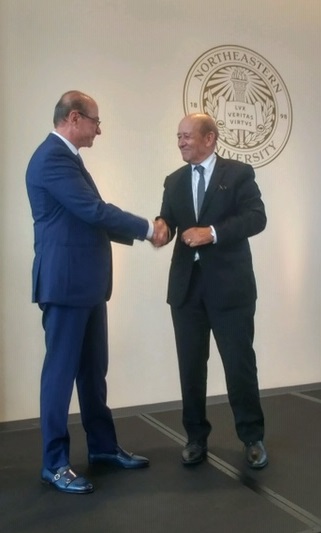 You can also watch its video at: https://youtu.be/YUT8PMv1XaY