Home > French & US leaders tackle Gender Equality at the launch of the (...)

On September 25, the Consulate General of France in Boston and Northeastern University hosted the first Paris-Boston Women’s Forum!

The first Paris-Boston Women’s Forum gathered leaders from France and the US to discuss issues shaping the future of gender equality across all sectors in order to intensify international efforts. 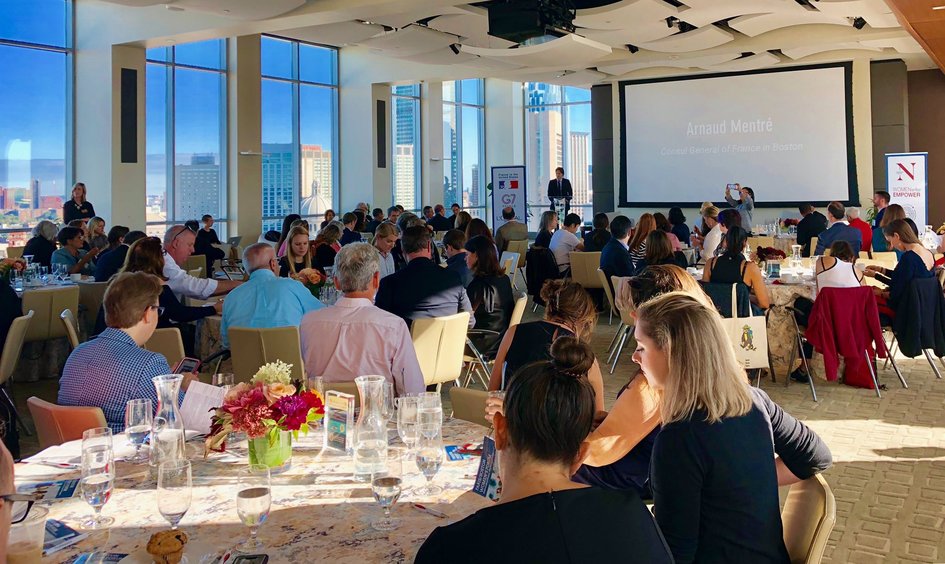 The sold-out, daylong conference took place at Northeastern University and brought together thought leaders from academia, business, civic organizations, and government for a comprehensive conversation focused on creating solutions, kick-starting new initiatives, and strengthening co-operation in the international fight for gender equality. 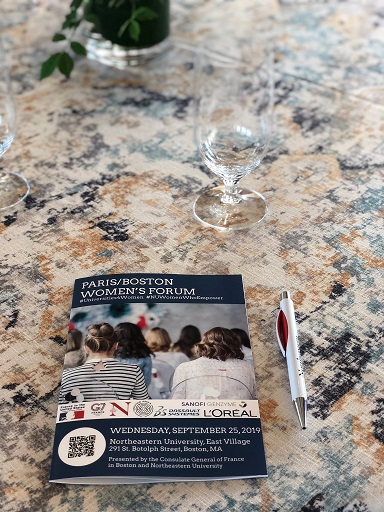 The conference took place at a decisive moment. Gender equality has been a priority during France’s chairmanship of the G7 and a key issue of the last G7 Summit in Biarritz last August. Despite some progress, inequality and discrimination of women remain one of the greatest human rights challenges in our time.

“Gender Equality is a pressing issue,” Consul general Arnaud Mentré said in the opening remarks to the forum. “it is best addressed by fighting bias as early as possible in ones life and carreer.” 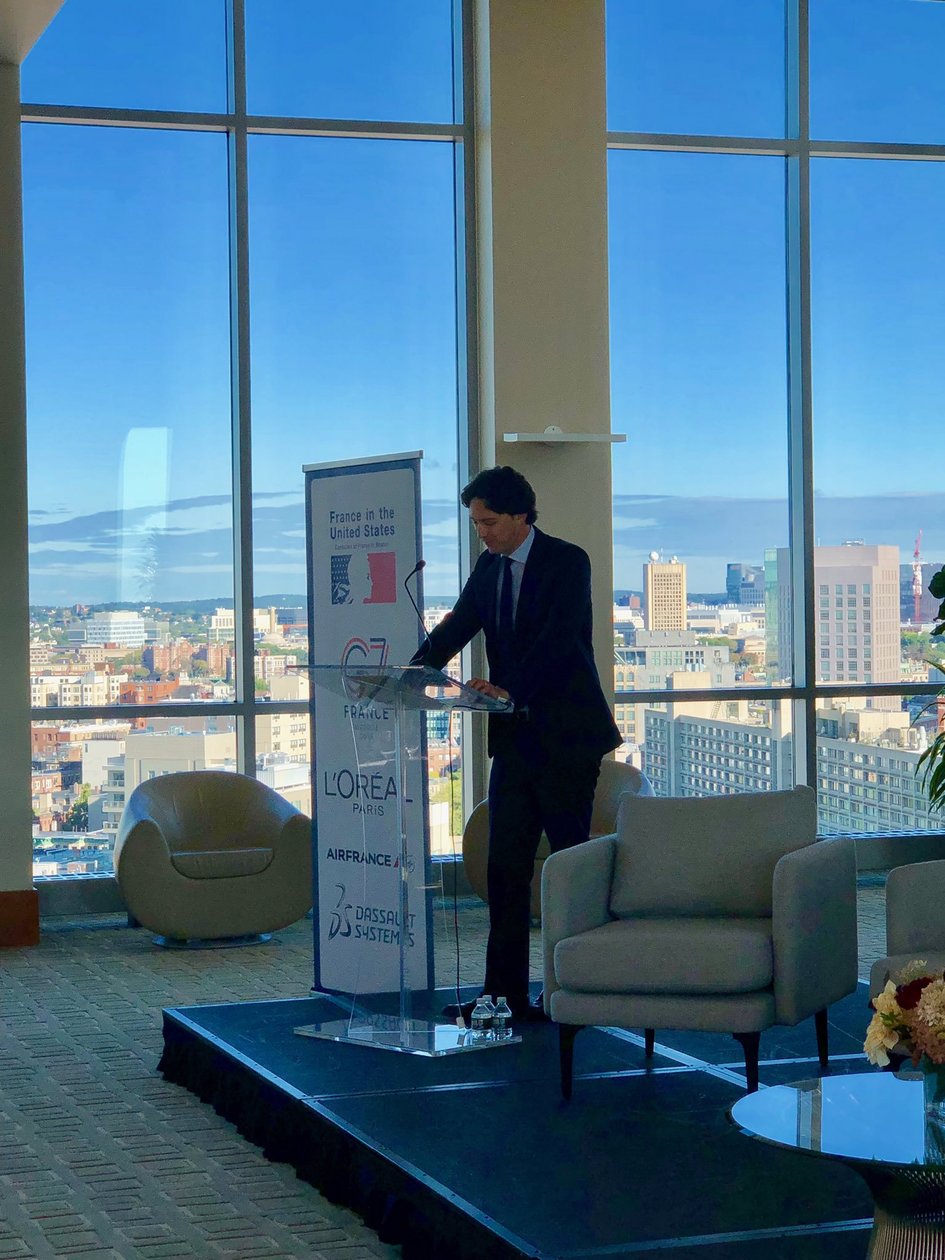 His introduction was followed by a video message by Frédérique Vidal, the minister of research and higher education for the French government, as well as inspiring remarks from Tania Del Rio, executive director for Boston Mayor Martin J. Walsh’s office of women’s advancement, and Joseph E. Aoun, president of Northeastern University. 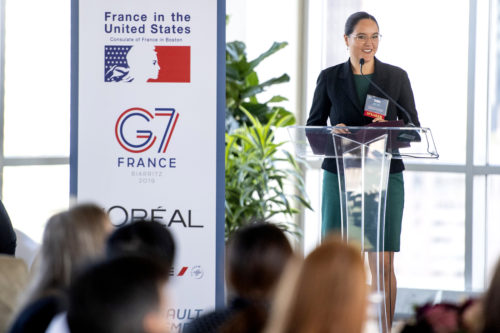 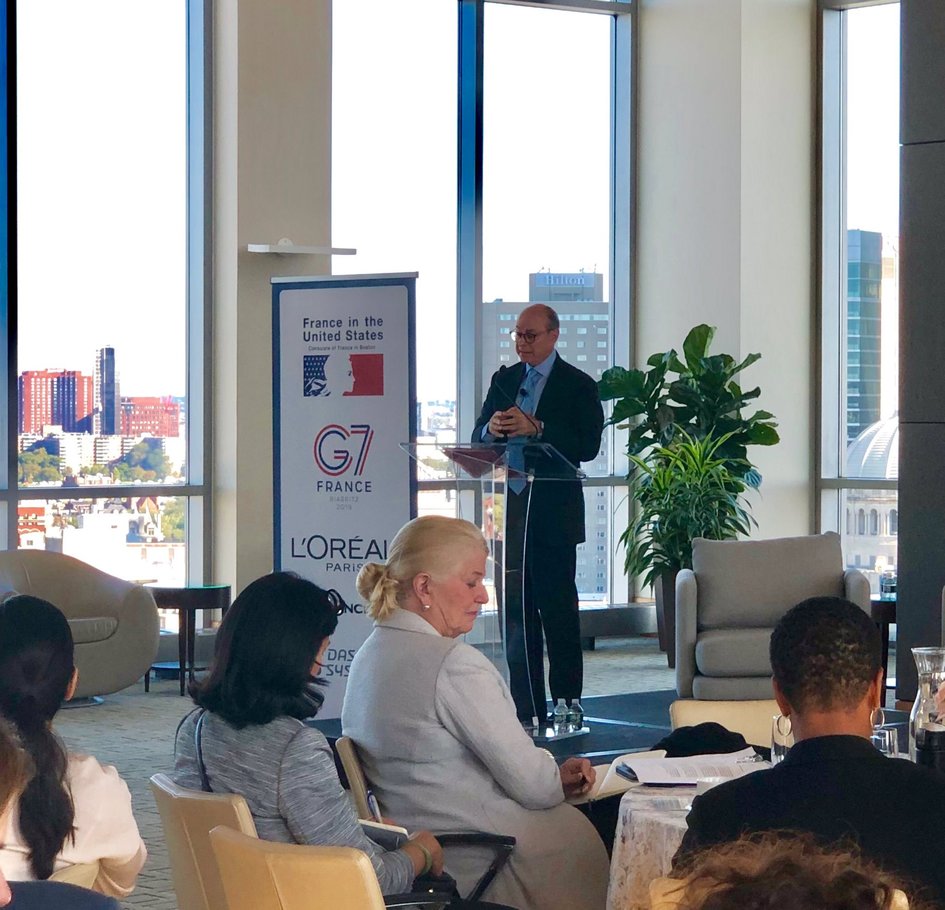 Check out the full remarks in the video bellow

The first roundtable discussion was on gender inequality issues in higher education. 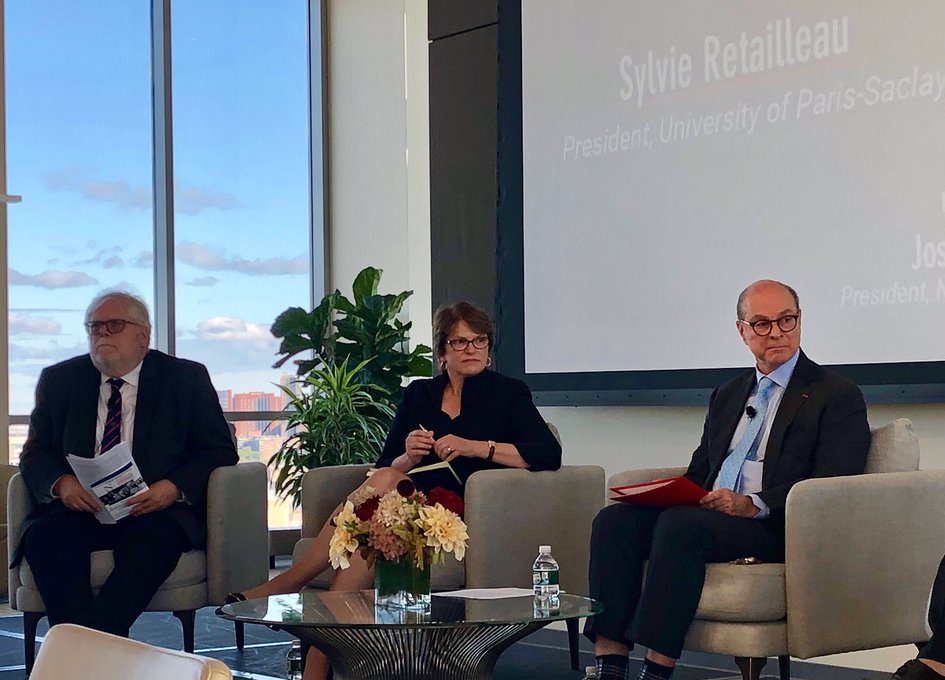 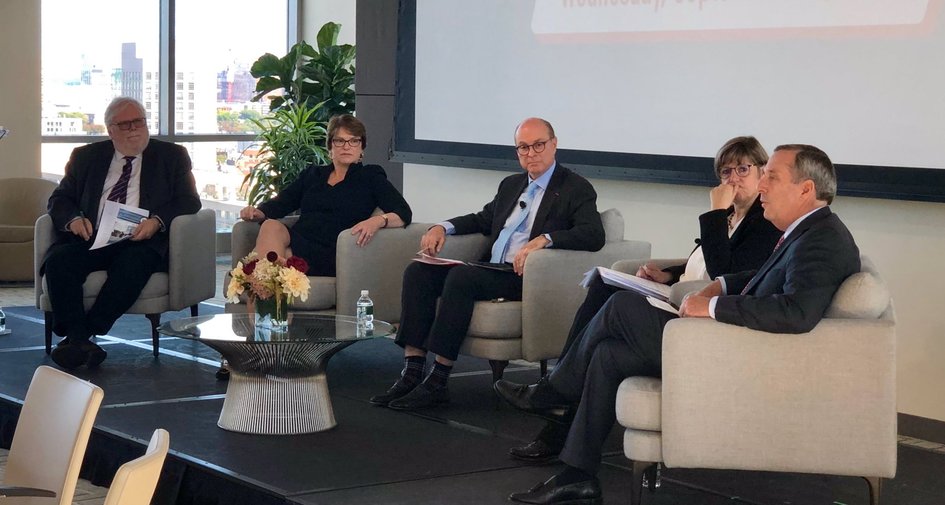 Interesting statistics, personal experiences of gender bias and solutions to the underrepresentation of women in science were shared in the ‘Women in Science’ panel with Carla Brodley, dean of the Khoury College of Computer Sciences at Northeastern, Jill Pipher, president of the American Mathematical Society at Brown University, Susan Silbey, chair of faculty at Massachusetts Institute of Technology, Elisa Simonpietri, science programs director of Foundation L’Oréal and Pascal Witz founder and president of PWH Advisors. 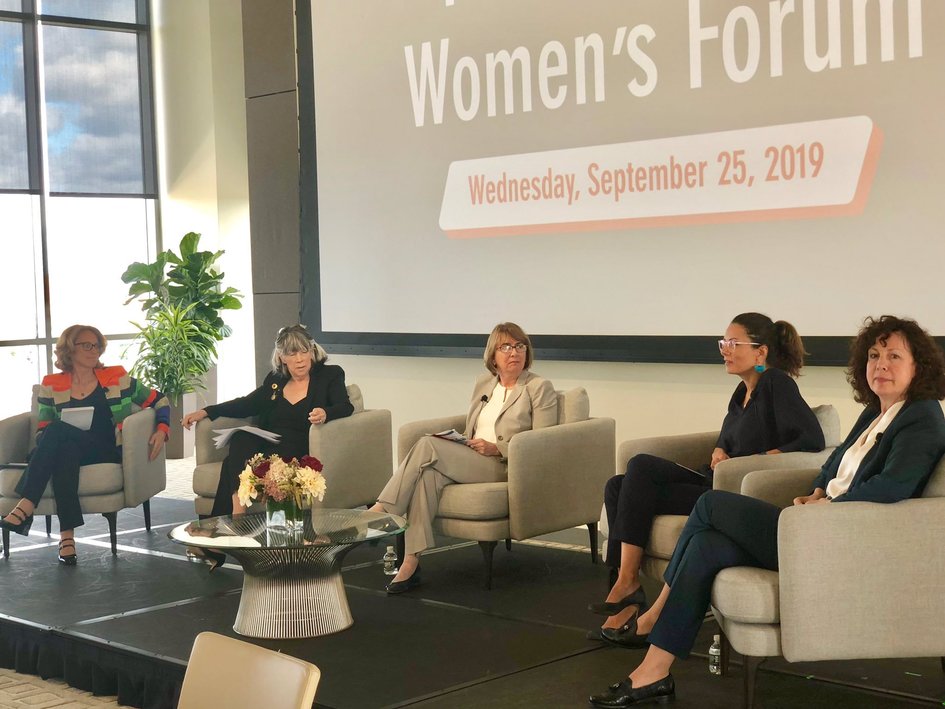 Linda Pizzuti Henry, Managing Director of the Boston Globe and Susan Windham-Bannister, president of the Association for Women in Science (AWIS) shared a fantastic conversation on the challenges and progress made in gender equality, and how we can include more diversity in the future of STEM. 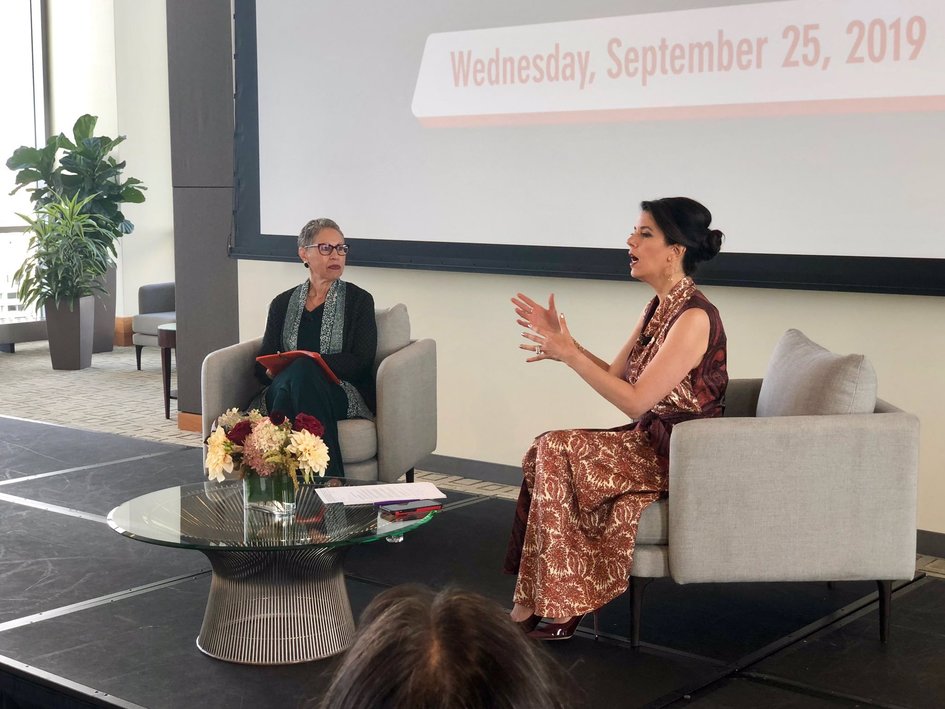 The next panel on Women in Publoic Affairs explored breaking down cultural barriers and understanding the benefits of gender equality. We heard refreshing views and interesting projects from leading institutions (City of Boston, Harvard Kennedy School, Lean In and Northeastern University.) 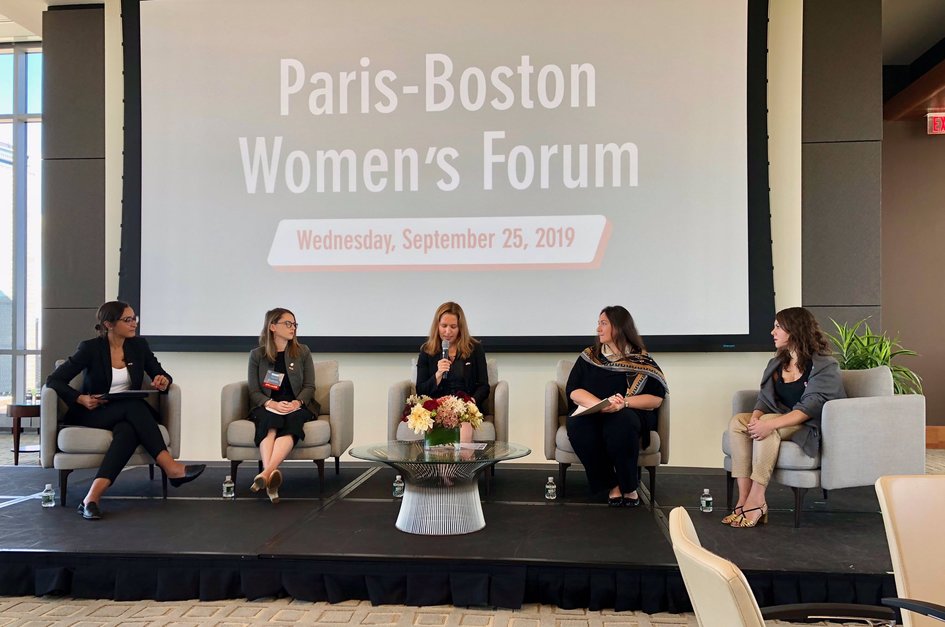 After a wonderful introduction by Agnès Pannier-Runacher, the Secretary of State for Economy and Finance for the French government, the Women in Business & Entrepreneurship panel explored crucial issues of gender equality: the benefits of diversity within a company, culture changes, identifying bias and much more. 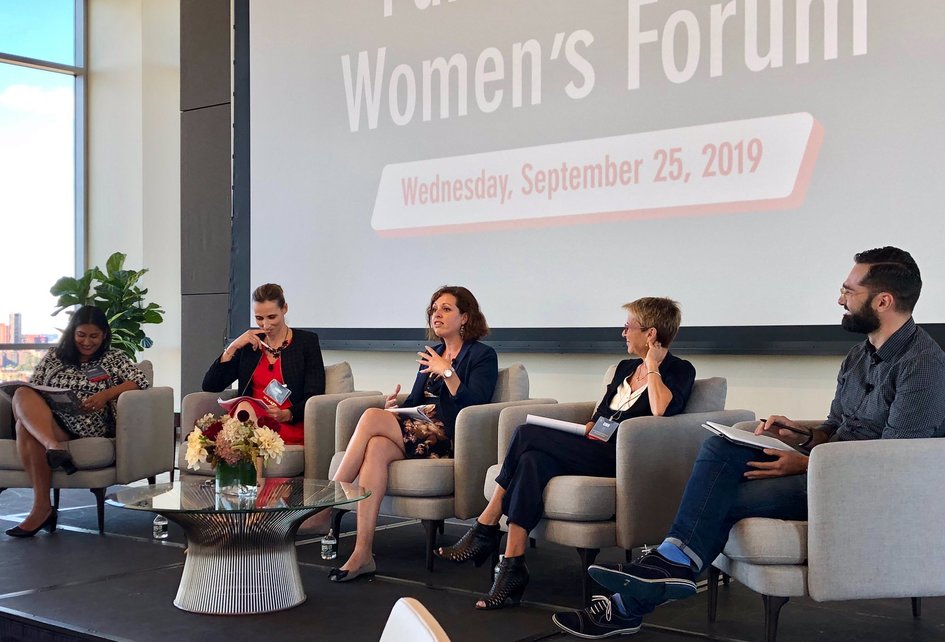 Different perspectives, experiences, and ideas from French and American thought leaders of all fields! The last discussion of the day was led by Consul General, Arnaud Mentré and features Isabelle Estebe from Dassault Systèmes, Jason Beckfield from Harvard University, Minh Ha Pham from PSL University, and Olga Granaturova from LuciditAI 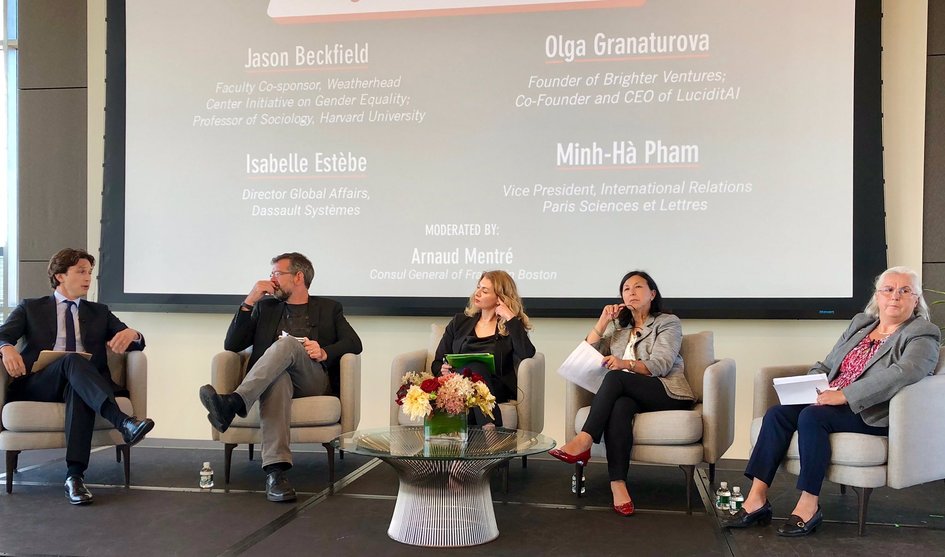 The Consulate General of France in Boston thanks all of the speakers of the 2019 Paris/Boston Women’s Forum, its sponsors for making this event possible, and Northeastern University for hosting and sponsoring this event! 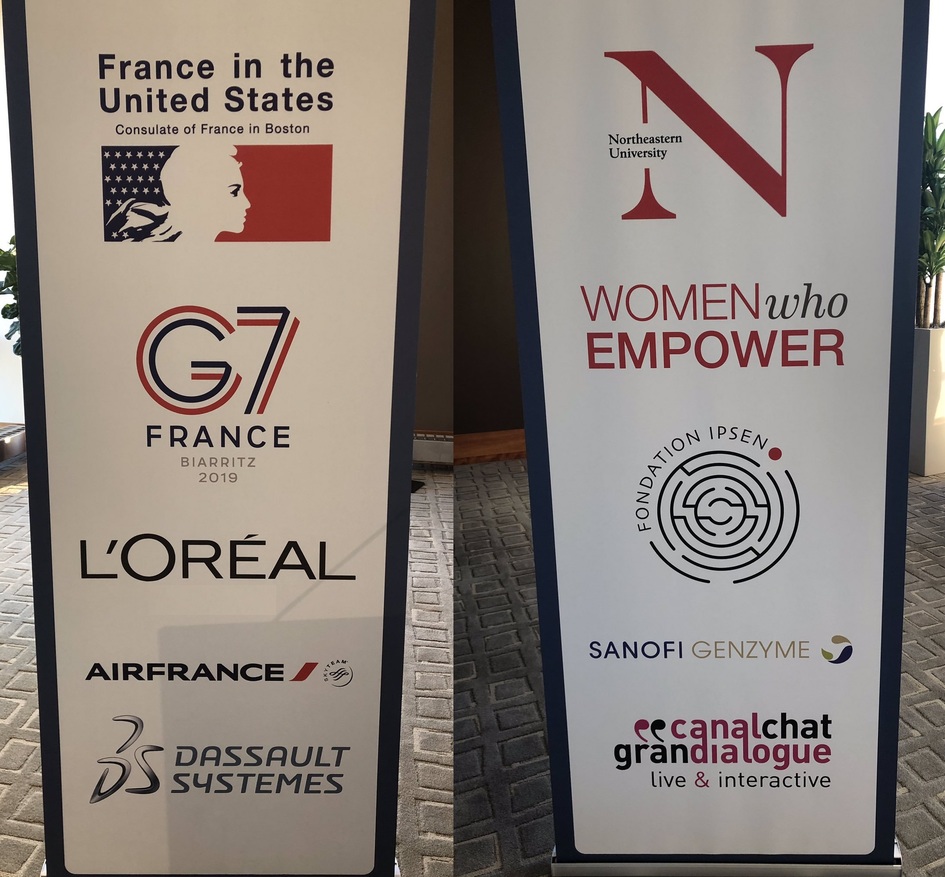 Click here for Northeastern University’s article on the Forum!