From August 24 to 26, 2019, President Emmanuel Macron will welcome his counterparts of the G7 and several other countries for the Leaders’ Summit in Biarritz. It is the highlight of the French G7 Presidency, which has put the fight against inequality at the heart of its work. 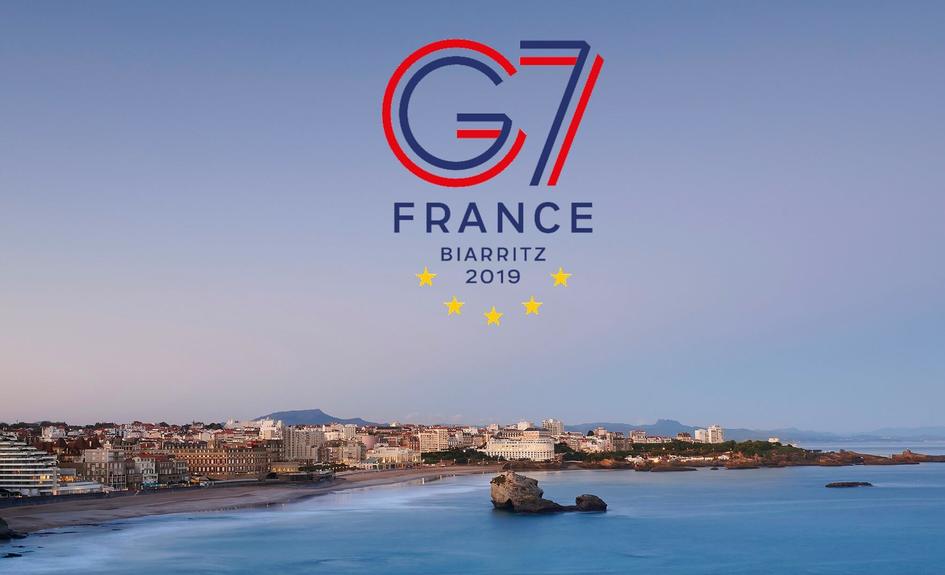 The Group of 7 or G7 is an informal meeting between France, the United States, the United Kingdom, Germany, Japan, Italy and Canada as well as the European Union. These world powers, which represent 50% of the global economy, also share the values of freedom and democracy, as well as a collective ambition to deal with the world’s major issues.

In a new format, the Biarritz Summit is involving partner countries, especially African countries, and key players from civil society, to provide shared answers and concrete responses to fight all forms of inequality.

Fighting inequality, a priority for the French G7 Presidency

Fighting inequality is a question of justice. It also requires an urgent response to regain citizens’ confidence in the international governance system.

To fight inequality, the French G7 Presidency has set itself five priorities:

A renewed format for the G7

As the President of the French Republic, Emmanuel Macron, stressed in his speech before the United Nations General Assembly on 25 September 2018, “the time when a club of rich countries could alone define the world’s balances is long gone.”

The French G7 Presidency is therefore the opportunity, in 2019, to change the group format. Throughout the year, several French ministers have therefore organized working meetings with their G7 counterparts, and invited partner countries including Egypt, Mali and Mexico to take part.

The President invited the following to the Biarritz G7 Summit:

A renewed format for the G7

In accordance with its fundamental objectives, the French G7 Presidency wished for the Biarritz Summit and the ministers meetings in the run-up to the summit to reflect the dual imperative of fighting gender equality and preserving the environment.

This desire is evidenced by:

For more information, please consult the website of the French G7 Presidency