On Monday, September 12th, Gérard Araud, Ambassador of France to the United States visited the International School of Boston (Lycée International de Boston) for the first time and met with Richard Ulffers, Head of School, and Beth-Ann Dahan, Chair of the Board of Trustees. 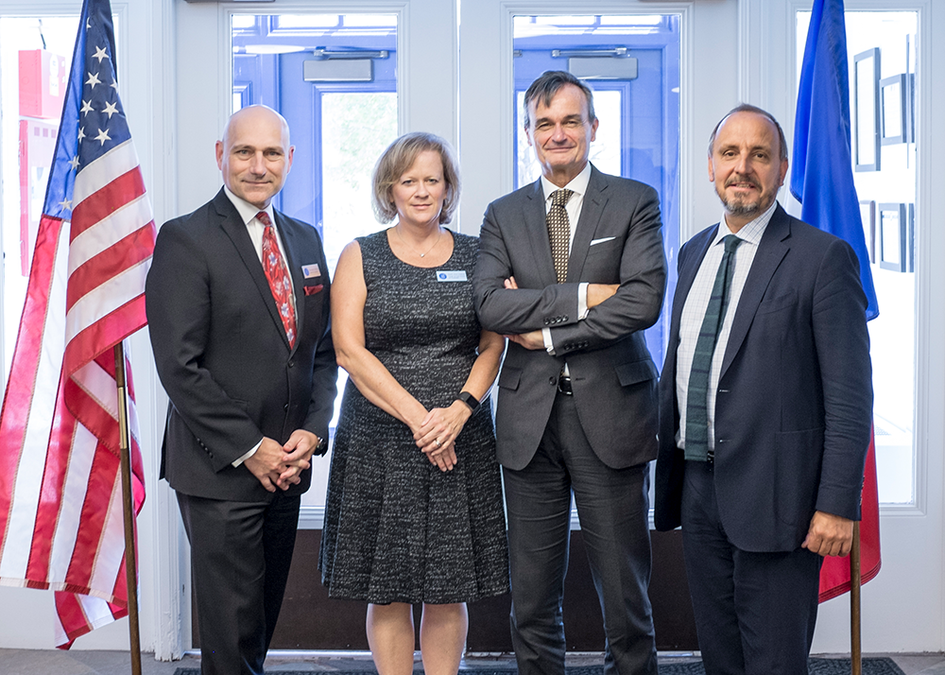 While he was there, he met with students from the Lower School and the Upper School, and even participated in one of the Upper schoolers’ math demonstration! 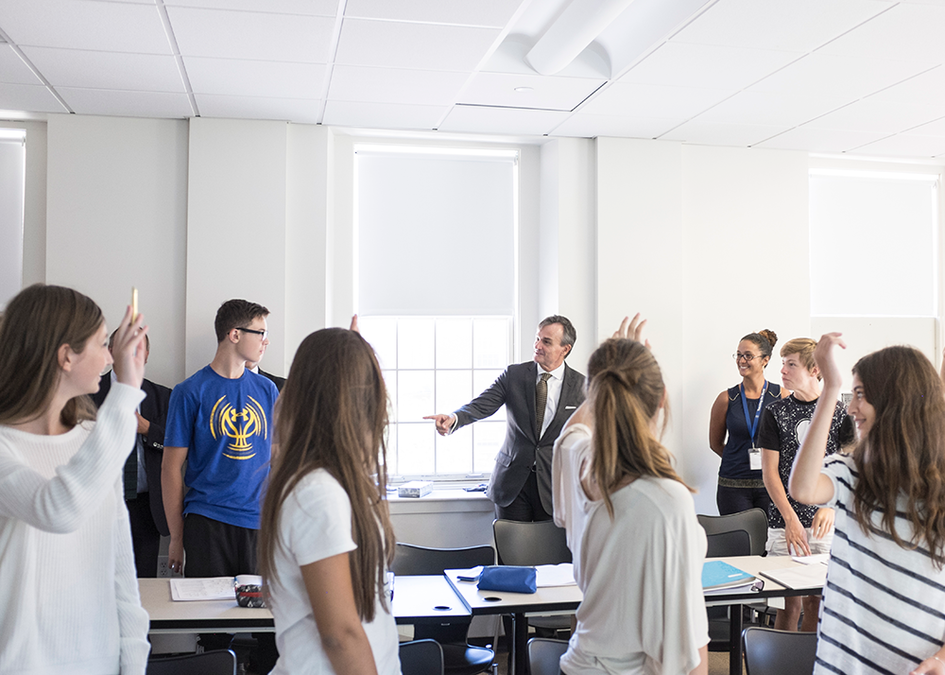 All Division Directors and some Faculty and Staff members also met with him in the Media Center, where Ambassador of France Gérard Araud insisted on the incredible push a bilingual education will bring to kids growing up in a globalized world. He also pointed out the attractiveness of the French language for international families, encouraging the school in its efforts to balance the International Baccalaureate track with the French Baccalaureate, both being diplomas recognized around the world. 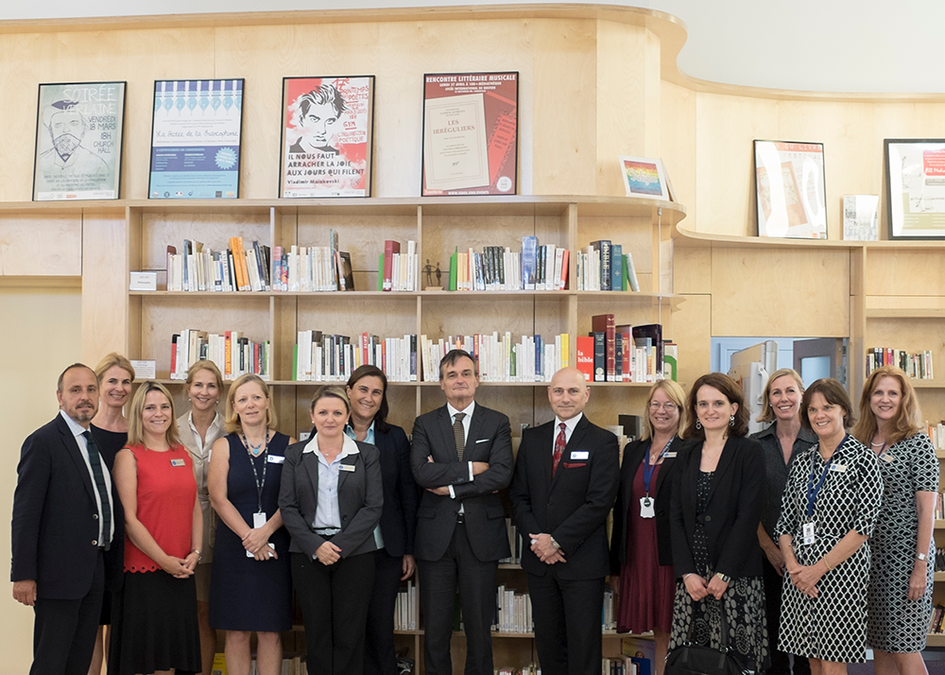