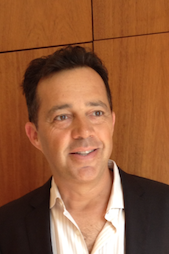 Philippe is an investor in Internet-related businesses based out of Boston.

Philippe is passionate about supporting early stage companies execute on their product and go-to-market strategies, especially in the Internet of Things (connected health), consumer Internet and telecommunications areas.

With over twenty years experience as a senior executive in these markets, Philippe has a proven track record in developing companies toward high-revenue growth and profitability and in identifying new market opportunities.

He was recently President of Withings Inc. since January 2013, having previously been the founder and CEO of ooVoo, Divisional CEO at MRV Communications (NASDAQ: MRVC) and an officer in the Israeli Navy.

He holds a BSc. in Computer Science from the Technion, Israel Institute of Technology and an MBA from INSEAD, the European Institute of Business Administration.

-Philippe Perut - SES America Phil has been working for the SES group since the early 2000’s ; he has extensive and valuable technical experience as an electronic engineer and as a project and business unit manager. Phil earned an executive MBA from the University of Tours, France and Chicago, IL in 2011. Prior to joining SESA, Phil spent 10 years working around the world for a large electrical contracting group. He spent most of his time in Asia and the Middle East before moving to the US in 2006 and starting FDS, which eventually became SES America.

-Damien Balsan - Looppay Damien Balsan has been in the thick of things in the payments industry. He was the director of Ecosystem Partnerships (POS) at Paypal before co-founding Loop. Before Paypal, he was the Director and Head of NFC Business Development Americas. He has also worked for Way systems and Gemalto in the past.