The Providence International Arts Festival will bring to New England two world-famous West African singers: Angélique Kidjo and Oumou Sangaré (featuring Sidy Maiga). The festival will be held from June 11-14, and will feature 500 different artists, and over 40 art installations. 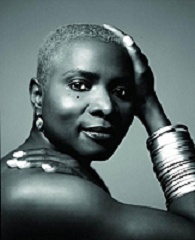 Beninese singer-songwriter Angélique Kidjo is recognized as one of the foremost vocal artists in Africa and has won a Grammy-award for her outstanding work. She has also been named one of the Top 100 Most Inspiring Women in the World by The Guardian. This global pop star has collaborated with artists as diverse as Carlos Santana, Bono, John Legend, Josh Groban, Philip Glass, Peter Gabriel, Dianne Reeves, Roy Hargrove and Alicia Keys. For more information on the performance of Angélique Kidjo 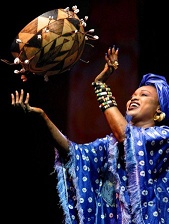 Born in Bamako, Oumou Sangaré is considered Mali’s greatest diva and is a Grammy-winning artist. For this performance, she will team up with her Malian countryman Sidy Maiga, winner of the 2011 RI State Council on the Arts Folk Arts Fellowship and a Rhode Island-based master drummer in whose hands the djembe sings, laughs, whispers and electrifies.

For more information on the performance of Oumou Sangaré.