Home > June 18: Patriots and Heroes Music of the Young Republic

June 18: Patriots and Heroes- Music of the Young Republic 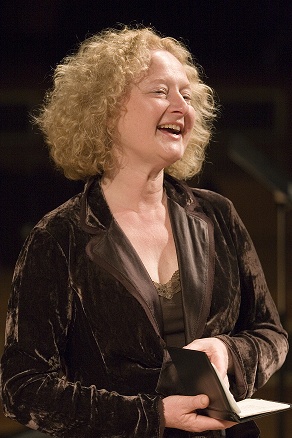 After 60 years of constant, critically acclaimed activity, The Boston Camerata ranks among the world’s oldest and most eminent early music ensembles. Founded in 1954, Camerata has been under the direction of French-born singer and scholar Anne Azéma, pictured above, since autumn, 2008. Camerata’s musical performances are well known for their blending of spontaneity and emotional commitment with careful research and scholarship. With its distinguished roster of singers and specialists in early instruments, Camerata produces an in-town concert series for audiences in the Greater Boston area and also tours regularly in the U.S. and all over the world. These live performances present vital, historically informed performances of European music of the Medieval, Renaissance and Baroque eras, and of early American music, sacred and secular.

The Boston Camerata will perform a medley of early American music featuring a portrait gallery of eminent Americans, one that embodies the high spirits of a new nation and the quintessential American themes of freedom and independence. This program constitutes a chapter in Boston’s 2015 celebration of the Marquis de Lafayette another of which will be the exhibition Lafayette: An American Icon, opening this summer in the Athen?um’s gallery.

More information on the event visit the Boston Athenaeum.

Or for The Boston Camerata, please follow this link: http://www.bostoncamerata.com/