His Excellency, Ambassadeur Gérard Araud, gave a speech in front of more than 200 professionals, mainly from the cleantech, medtech, and biotech sectors. 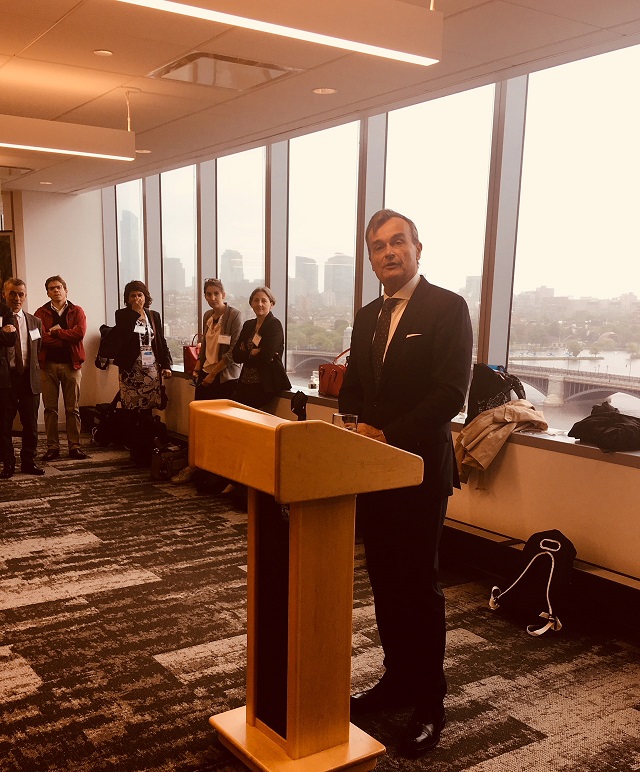 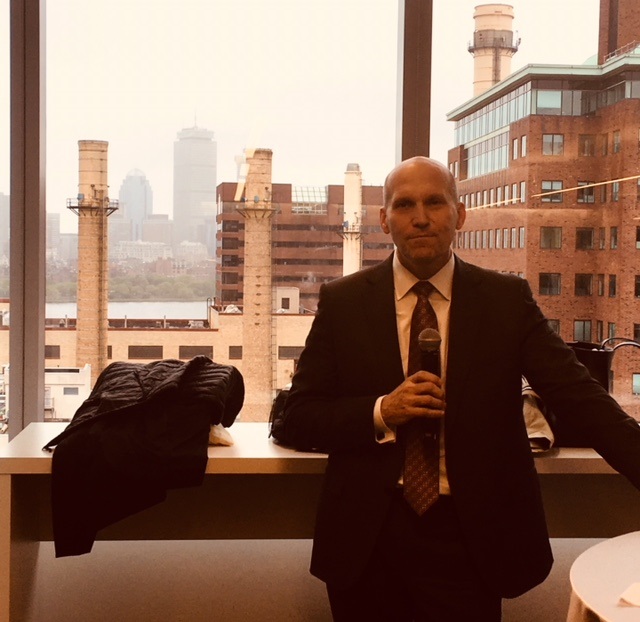 In his speech, Ambassador Araud recalled that every year, trade between France and Massachusetts amounts to more than $1.4 billion, divided evenly between exports and imports and that out of the 600,000 jobs that French companies create in the U.S., close to 28,200 are in Massachusetts, making French companies the 3rd largest foreign employers in this state.

He also pointed out all of France’s assets and advantages, highlighting its deep-talent pool, its world-class infrastructure and that it is a highly creative, innovation-friendly business environment with Europe’s best R&D tax incentives and effective corporate tax rate on R&D operations.

Romain Marmot, President of the French Foreign Trade Advisors in New England and COO of Voluntis Inc, told the assembly about the genesis of the French Tech Boston. 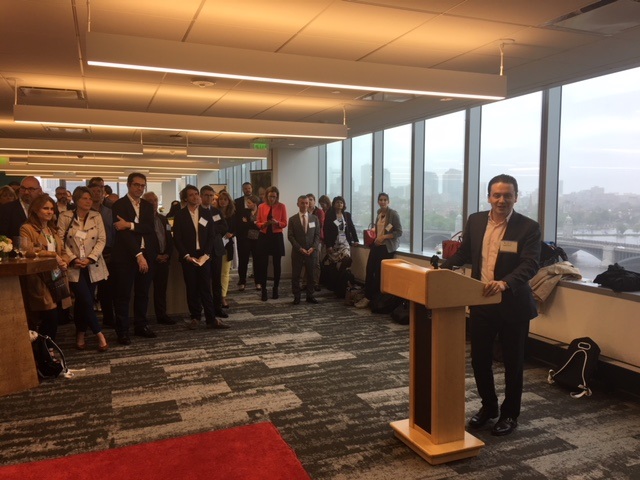 "-* 1: France is famous for its great wines, tasty cheeses, exquisite luxury brands, and its fast trains

If you are yourself a French entrepreneur considering starting your business or your US affiliate in New England, a member of the entrepreneurship ecosystem, a journalist, or any individual interested in our initiative, you can go to: frenchtechboston.com to get in touch with us."