The April 5th performance will be preceded by a panel with film historian John Michalczyk, Joan of Arc scholar Karen Sullivan, and Peter Krasinski at 7pm. To learn more about the screenings, click here. 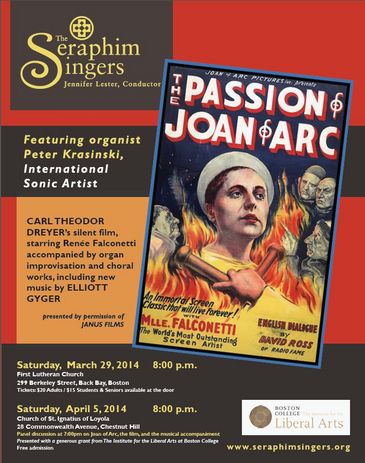