With a GDP of 2,033.7 billion euros, France ranks as the fifth world economy and second at European level. Positions sustained by the performances of certain business sectors, symbolic of France’s influence abroad. In 2012, according to Fortune magazine, which classifies businesses according to size of turnover, 32 French businesses figured among the top 500.

In France, certain economic sectors stand out and look likely to produce growth in 2013. The figures for the aeronautics and space industry are particularly remarkable in this respect.

The agreement recently concluded between Arianespace and the Australian authorities for the launch of two satellites is evidence of French expertise in satellite technology too. 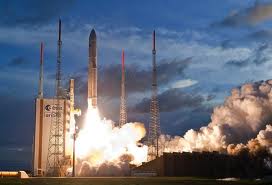 In aeronautics, Airbus stands out as the main player with 588 aircraft delivered to 89 customers and 833 sales in 2012. These results have enabled it to pursue its recruitment policy with the creation of 5,000 jobs, half of them in France.

But the sector also has intermediate size players. The Zodiac company specialises in the supply of aircraft equipment. Safran produces a large range of equipment, notably to Airbus, but also to Boeing, Bombardier, Embraer, Sukhoï, etc.. The industrial group has achieved record sales in aircraft and helicopter engines. In total, this significant industry produced a trade surplus of 20.3 billion euros in 2012.

France is also influential worldwide thanks to its assets in the food and agricultural sector. The land of gastronomy and of the International Agricultural Show, France is recording growing sales in this sector, with a trade surplus of 11.5 billion euros. In the dairy sector, Lactalis and Danone rank 2nd and 3rd in the world respectively. In spirits, Pernod Ricard is the second most important company. Even the Breton cooperative Triskalia, specialising in poultry, made its way into the “Deloitte Technology Fast 50” ranking, an event set up and organised by Deloitte, one of the biggest global auditing and consultancy companies.

In the agricultural sector, France beat the export record for seeds and plants in 2012, with a total sum of 1.2 billion euros, according to figures published by the French National Interprofessional Association for Seeds and Plants.

The luxury market is also defying the crisis, showing a two-figure growth in 2012 for the third consecutive year. French companies such as the world leader LVMH or Rémy Cointreau, dominate the international market and are paying particular attention to the Asian market. Over 12% of the takings of French luxury houses now come from China. In 2020, this market will be the world leader, ahead of the United States and Japan. The luxury market in France employs nearly 100,000 people today.

France is also prominent in the health field, notably with Sanofi, one of the top world laboratories. According to figures from the Leem federation, the pharmaceutical industries realise a turnover of 49.52 billion euros and a trade surplus of 5.34 billion euros. Overall, the French pharmaceutical market represents 4.8% of the world market. And the sector is unlikely to cease growing in the years to come. Progress in medical technology and the rapid growth of nanotechnologies may prove to be the mainsprings of the “next industrial revolution”. 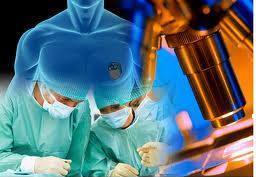 It is also in this sector that the Medtech company made a name for itself in 2012. Its CEO, Bertin Nahum, was ranked the fourth most revolutionary entrepreneur by Canadian magazine Discovery Series. His company designs, develops and markets a new generation of robotic surgical assistance technology.

The high-tech sector is equally important. Last December the CAC 40, the benchmark stock exchange index on the Paris Bourse, hailed the entry of Gemalto on the index. This leader in digital security boasted a record turnover of 2.2 billion euros in 2012, operations in around a hundred countries and over 10,000 employees, 1,500 of them engineers working in research and development. It is an industry with strong recruitment potential, according to the Ministry of the Economy, which estimates that 450,000 jobs will be created in this sector between now and 2015.