Lillywood & The Prick are an Israeli-French alternative, pop and folk duo composed of Nili Hadida and Benjamin Cotto. They are best known for their international hit "Prayer in C", which was remixed by German DJ Robert Schulz in 2014. They have released two full albums, "Invincible Friends" in 2010 and "The Fight" in 2012.

They will be performing at the Brighton Music Hall (158 Brighton Avenue, Allston, MA) on April 3rd, at 6 pm. You can buy tickets here.

For more information on Lillywood & The Prick, check out their website. 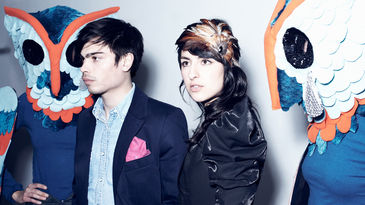