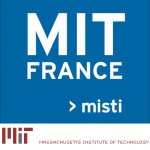 Friday, October 19th, 2012, Fabien Fieschi, Consul General of France in Boston and the spokesperson of the French delegation, attended the annual advisory board meeting of the MIT-France program.

The advisory board of MIT-France, chaired by both French Ambassador François Delattre (unfortunately unable to attend this meeting, represented by M. Fieschi) and Susan Berger, met to discuss the program’s principal initiatives for 2013: the financing of internships and study opportunities in France, on-campus events and workshops, visiting professors, seed funding for faculty for cross-border research collaboration, and partnerships with leading French companies.

The MIT-France program was created on July 12, 2001 as part of a French effort to expand relationships with prominent American higher education institutions. The main objectives of the program are to encourage the exchange of students and researchers between France and the United States, as well as to develop collaborative research projects between MIT and French research institutions.

MIT-France is part of the MIT International Science and Technology Initiatives (MISTI), a series of programs that encourages partnerships with institutions in many countries across the globe through language courses, immersion experiences, and research collaboration.

To learn more about the MIT-France program, please visit the website.