On Tuesday May 20th, the Massachusetts Lafayette Society and the Consulate General of France in Boston, in association with the International School of Boston represented by the headmaster, Richard Blumenthal, organized a beautiful public ceremony to celebrate Lafayette Day at the Boston Athenaeum. 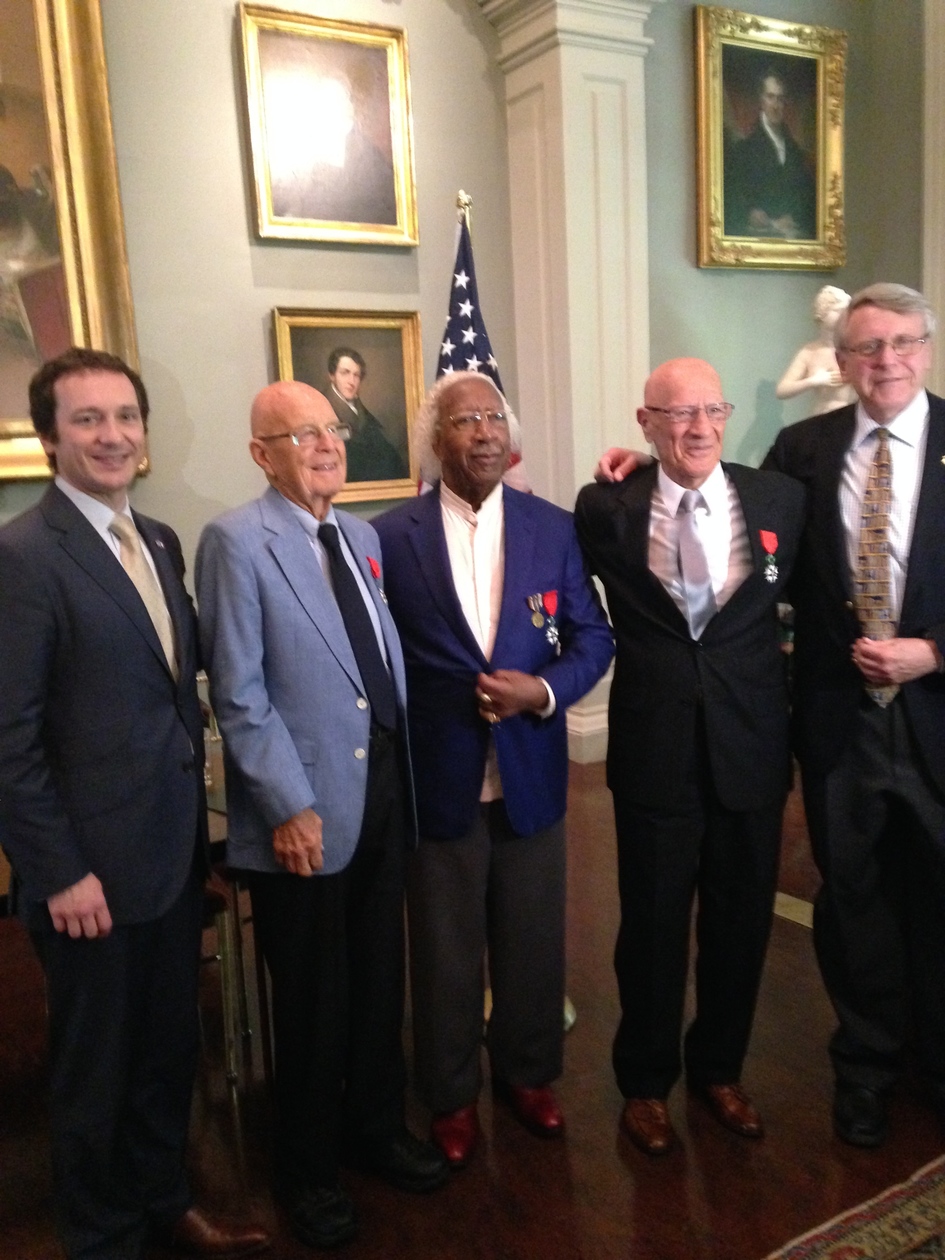 Two veterans from WWII, Mr. Joseph Cataldo and Mr. Harry Westcott, were awarded by the Legion of Honor, the highest honor in France, for their courageous service. Mr. Marvin Gilmore, another veteran who was already awarded by the French Legion of honor last year, was also present. 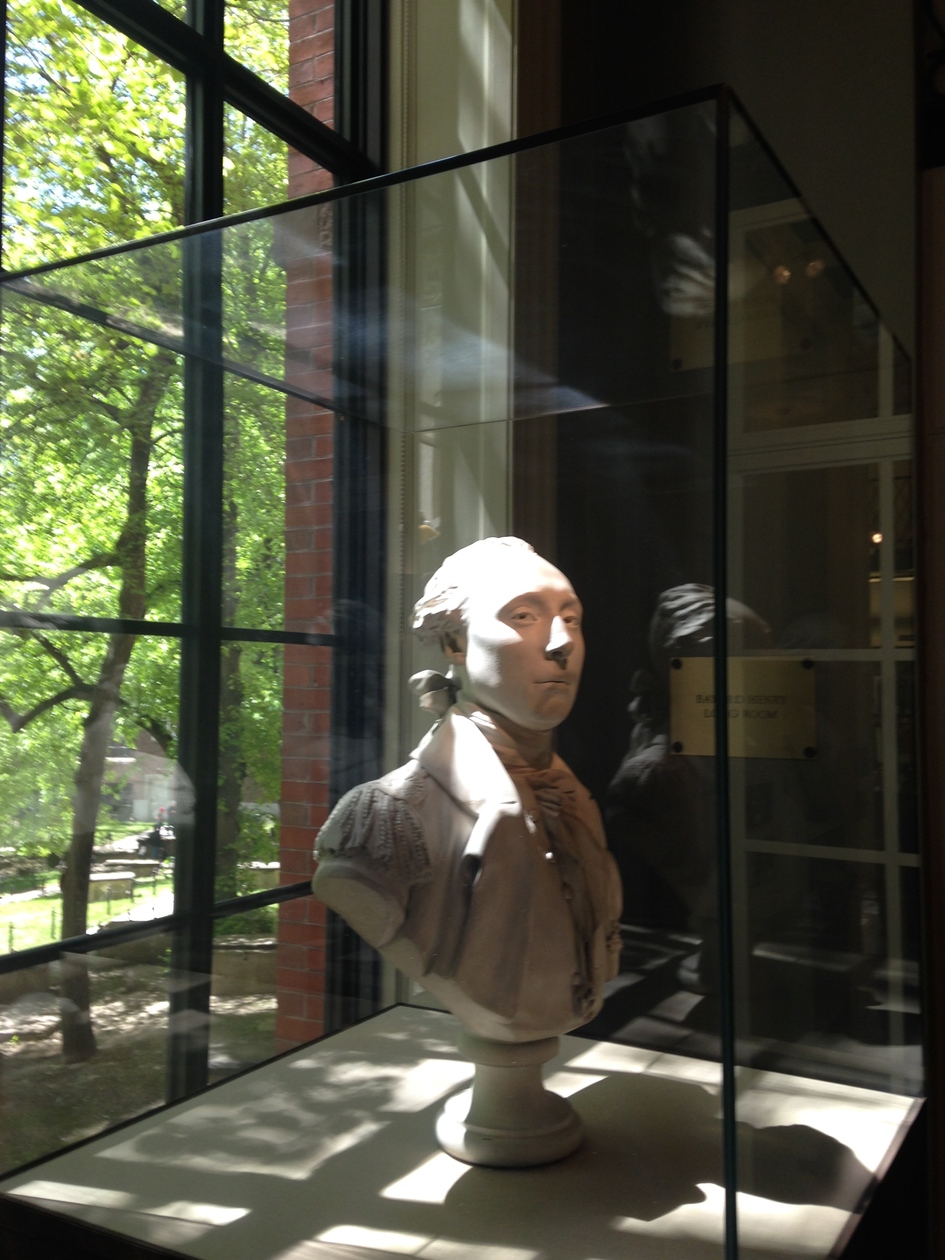 After speaking about the long term friendship between France and US, symbolized perfectly by Lafayette, the Consul General of France, Fabien Fieschi, proceeded to the official ceremony to honor the two WWII veterans. After this emotional moment for the audience, the final speaker, David B. Dearinger, director of exhibitions at the Boston Athenaeum announced a Lafayette exhibition coming in the summer 2015. The assistance walked afterwards to the Lafayette Monument in the Boston Common and officially proceeded with the laying of the wreath. It was followed by a luncheon at the Union Club, where Dr. Allison, chairman of the History Department at Suffolk University presented a lecture on Lafayette’s visits to New England during the Farewell Tour of 1824 and 1825.

Three days before the ceremony, a luncheon had been held at the JFK library, in the Smith Hall with beautiful view of the Harbor and tour of the library collection. The chief focus was the Zuber panoramic wallpaper which Jackie Kennedy installed in the White House and its relationship to Lafayette.