The French Cultural Center - Alliance Française of Boston and Cambridge

The French Cultural Center is a nonprofit organization that brings French language and Francophone cultures to New England residents through lectures, exhibits, concerts, social events and language courses. Its private French library is the largest one of its kind in New England, housing a collection of more than 28,000 items, including books, magazines, DVDs, CDs, and electronic and educational resources. The Center is also home to the Alliance Française of Boston and Cambridge. As a member of the Alliance Française network, the Center offers French courses for all ages and levels, taught by native French-speaking faculty. 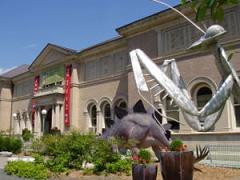 This museum was founded in 1903 by Zenas Crane, whose goal was to offer activities to people of all ages. Today, the museum’s galleries host exhibitions and works of art from all over the world. It also houses an aquarium and galleries dedicated to dinosaurs, paleontology, and mineralogy. 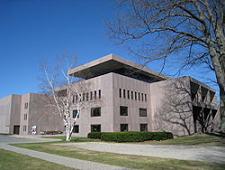 The Sterling and Francine Clark Art Institute is a museum as well as a center for research and academic programs, and is now a leading international center for research and discussion on the nature of art and art history.
Building upon the founders’ legacy, the Institute has recently unveiled its master plan for the twenty-first century, which fosters the Clark’s commitment to providing space for its expanding research and museum programs while maintaining the unique character of its beautiful rural setting.

Established as a grass roots organization in 1975 by a committed group of citizens, the Danforth Museum of Art has grown to become a vital cultural resource in the MetroWest community. The Danforth educates the public through its collection of American art, changing exhibits of contemporary artists, classes and workshops in the Museum School, and a variety of community outreach programs.

In October 2000, the DeCordova Museum and Sculpture Park celebrated its 50th anniversary. The DeCordova Museum is one of the biggest museums of modern and contemporary art. The museum has gained international notoriety through the quality of its exhibitions.

Opened in 1992, the Griffin Museum is the embodiment of founder Arthur Griffin’s passion - to promote an appreciation of photographic art and a broader understanding of its visual, emotional, and social impact. Arthur’s goal was to share with visitors his enthusiasm for a medium that is diverse, imaginative and informative.

MASS MoCA is the largest center for contemporary arts in the United States. The institution is dedicated to the creation and presentation of provocative visual and performing arts pieces, and of works that blur conventional distinctions between artistic disciplines.
In addition, MASS MoCA functions as a laboratory for the contemporary arts, fostering experimentation by artists, encouraging collaborations among institutions, and allowing visitors a behind-the-scenes look at the creative process. 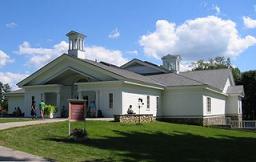 This museum houses the most impressive collection of works by Norman Rockwell, including over 700 paintings, drawings, studies, and archives as well as 150,000 letters and photos.

Located in the city of Salem, the Peabody Essex Museum was founded in 1799 under the name of the ’’East India Marine Society’’. Collections include maritime art, American decorative art, Asian Export art, Japanese, Korean, Native American, African, and Contemporary Indian art, as well as rare books and manuscripts. The museum is composed of 24 buildings and gardens located throughout the heart of Salem.

Worcester Art Museum houses a collection of paintings, photography, and drawings by American and European artists, as well as Asian, Greek, and Roman sculpture and mosaics. The museums offer year-round workshops and courses available to the public.

The Office for the Arts of Brandeis (Waltham) is a center for arts and innovation that crosses both cultural and geographical borders. The Office hosts an impressive season of student and professional concerts, film festivals, and conferences.

The Xfinity Center r is an auditorium located in Mansfield that can accommodate up to 19,900 people, with 7,000 seats inside and 7,000 outside. A multitude of artists have performed at the Xfinity Center, such as Neil Young, Oasis, David Bowie, Elton John, and The Who.

Originally dreamed up by one of the pioneers of contemporary dance, Ted Shawn, the Jacob’s Pillow Dance festival takes place in the Berkshires and is now one of the most important events of the summer. All of the biggest names in American dance have performed there, such as Mark Morris and Martha Graham, as well as foreign dance troupes like the Royal Danish Ballet and the Nederlands Dans Theatre. 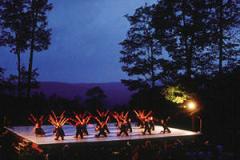 This festival presents many different styles of traditional and contemporary dance, with around 200 events per season including performances, conferences, film screenings, and artist discussions. Jacob’s Pillow actively supports contemporary creations as well as education, especially through the Jacob’s Pillow School.

The Tanglewood Music Festival is one of the most famous outdoor music festivals in the world. Situated in Lenoz, Massachusetts, it takes place in the Tanglewood forest on the lawn, bandstand, and Seiji Ozawa Hall. Property of the Boston Symphony Orchestra, Tanglewood is where they perform throughout the summer.

Reputed internationally for its musical quality, the Tanglewood festival presents over 60 concerts between June and August, and invites prestigious artists like the John Williams Orchestra and Roberto Abbado. 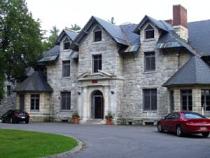 The festival is also well known for its center for young musicians, the Tanglewood Music Center. Each year, the center has offered future professional musicians the chance to learn from such prominent artists as Copland, Hindemith, Messiaen, and Bernstein.

The Tanglewood Music Center houses the Boston University Tanglewood Institute (BUTI). The BUTI is a summer program reserved for elite musicians. In this unique environment, students are selected by a series of auditions, participate in master classes, perform with the BSO, and perform about 15 concerts during the time of the festival. 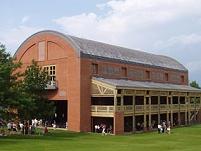 This Jazz festival attracts musicians from all over the world, such as Pancho Sanchez, Kurt Elling, and Elian Elias, who appreciate the splendid Ozawa Hall and the unique ambiance of this festival.
The rhythms of Africa, Brazil, and the United States intermingle throughout the performances, while the many spectators gather on the green to take advantage of the exceptional sounds.

Founded in 1928, Berkshire Theatre Festival is one of the oldest professional regional theatres in the United States and the longest-running cultural organization in the Berkshires. Now under the helm of Artistic Director and CEO Kate Maguire, BTF presents both contemporary and classic pieces, and world premieres.
More than 2100 actors have worked for the BTF in over 6000 productions. Among these actors, there have been 35 Oscar award winners, 35 Tony award winners, and 34 Emmy winners. 27 actors have received Pulitzer prizes, and 3 have won the Nobel Prize.

In the heart of the Berkshire Hills of Western Massachusetts, the Williamstown Theatre Festival offers its audience a vast array of artists and varied cultural experiences. Each summer, the festival presents classic and new plays, as well as readings, workshops, and special events.