On May 20th, 2017, we celebrated the annual Massachusetts Lafayette Day. This traditional celebration, which dates back to 1935, pays special tribute to General Lafayette, who fought alongside George Washington for the freedom and Independence of the United States. Every year, we celebrate the long-lasting French-American Friendship through a tribute to Lafayette.

The procession from the Union Club of Boston to Lafayette Mall 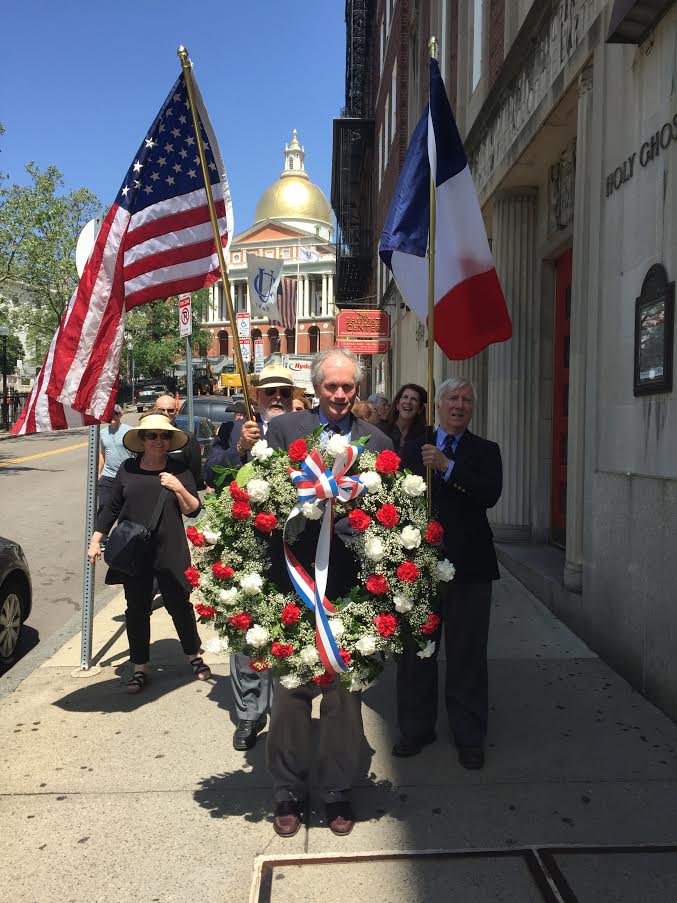 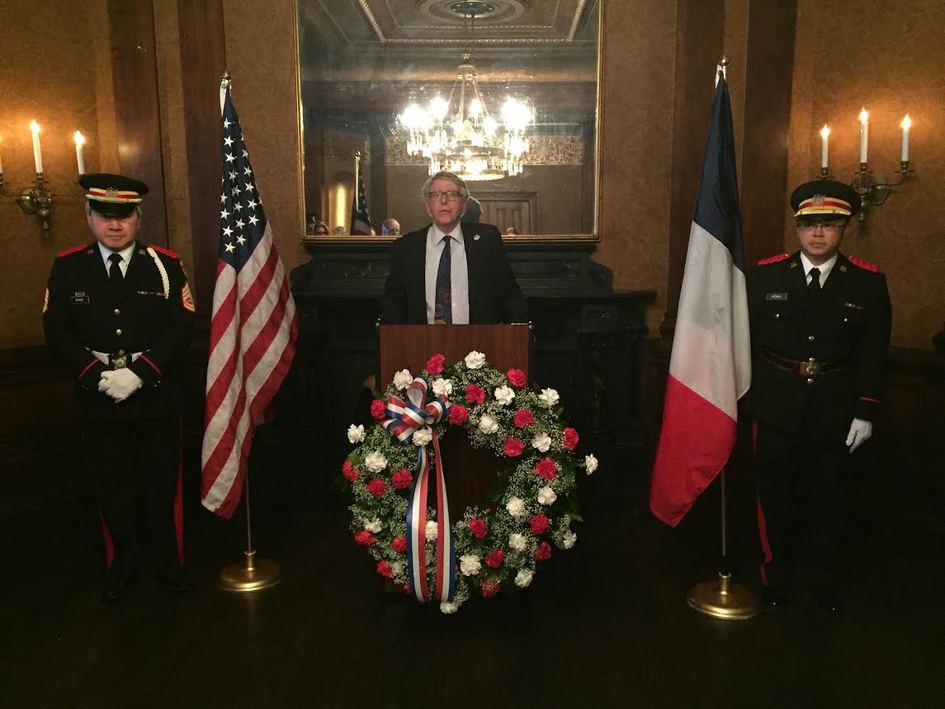 Opening remarks by Alan R. Hoffman, President of the American Friends of Lafayette 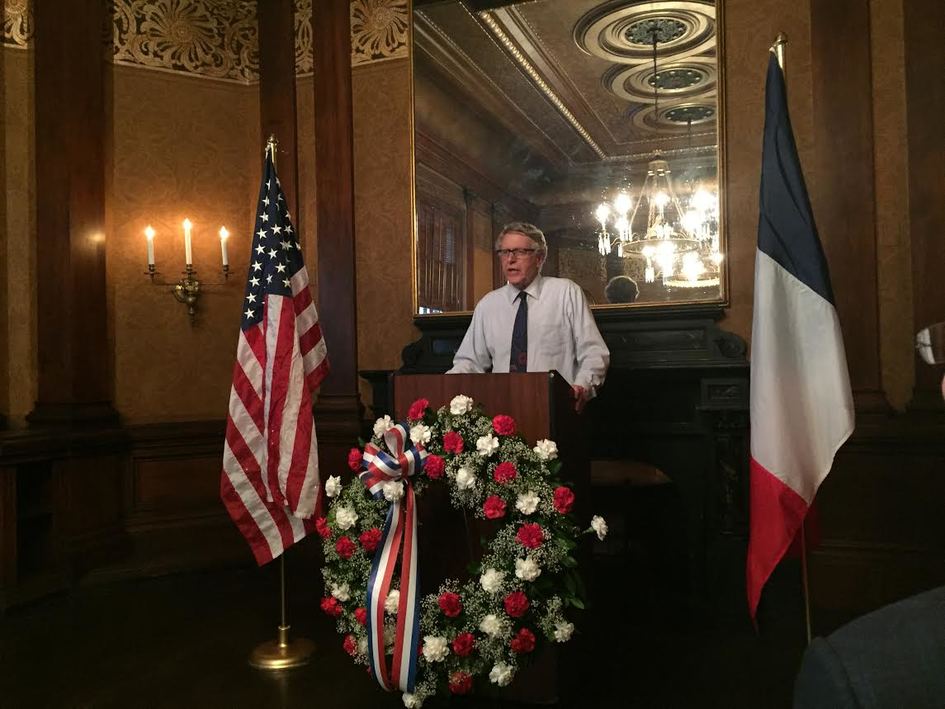 Reading of the Massachusetts Lafayette Day proclamation in French and in English with Julien Icher and Polly Lyman, the Director of the development office of the Newport Art Museum and member of the American Friends of Lafayette Association. 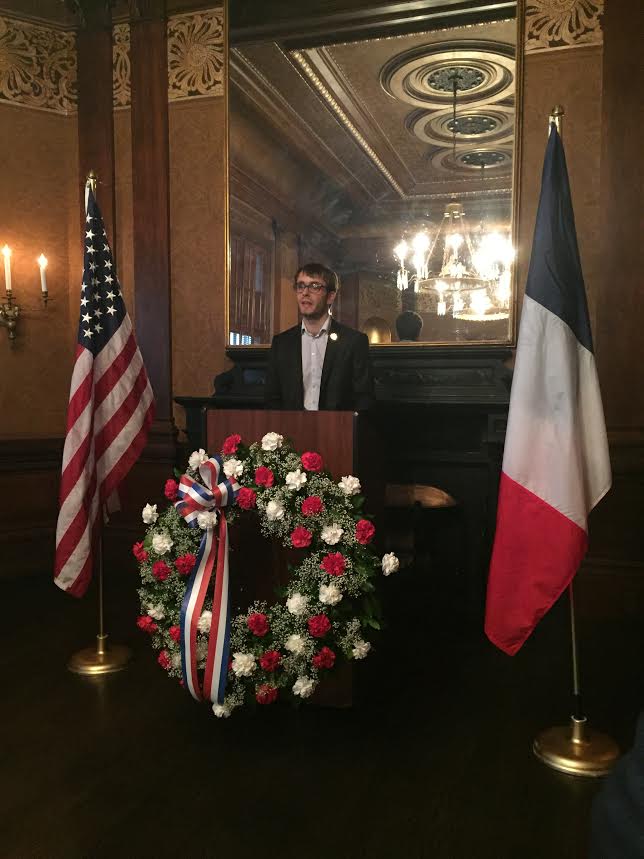 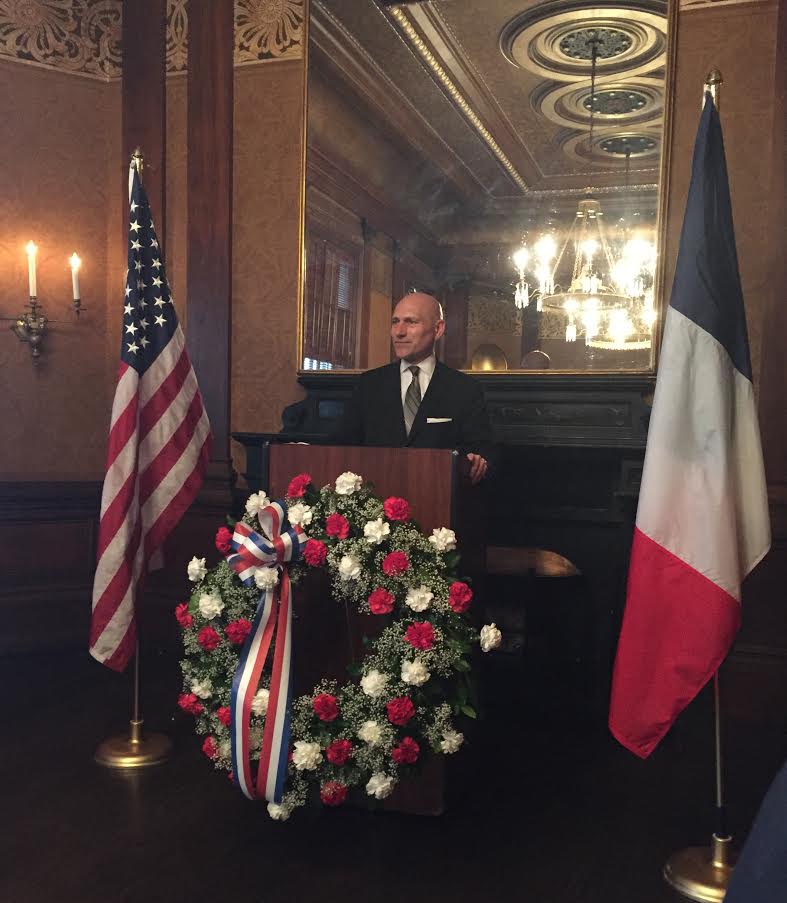 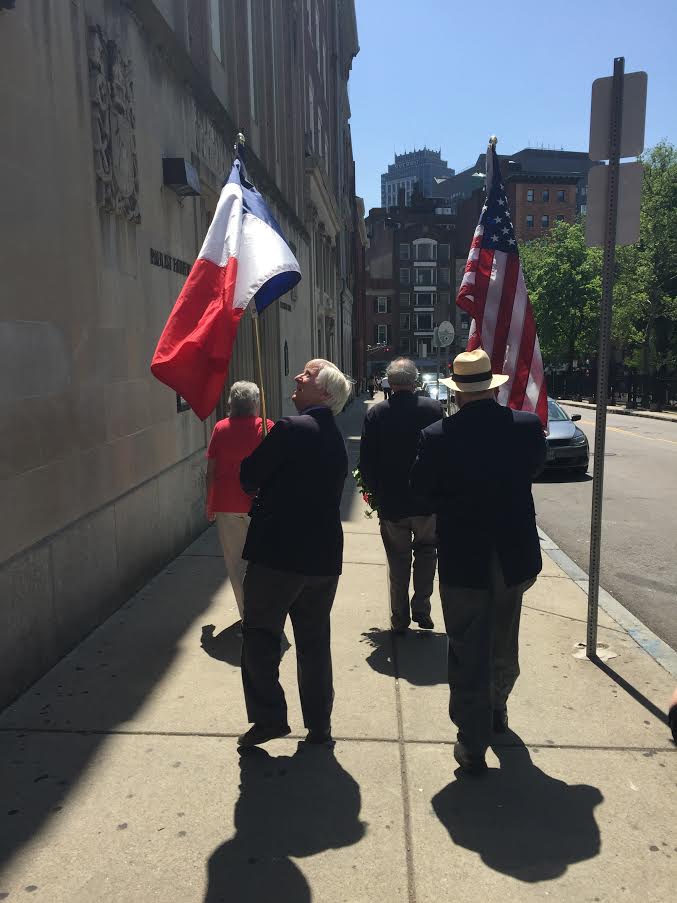 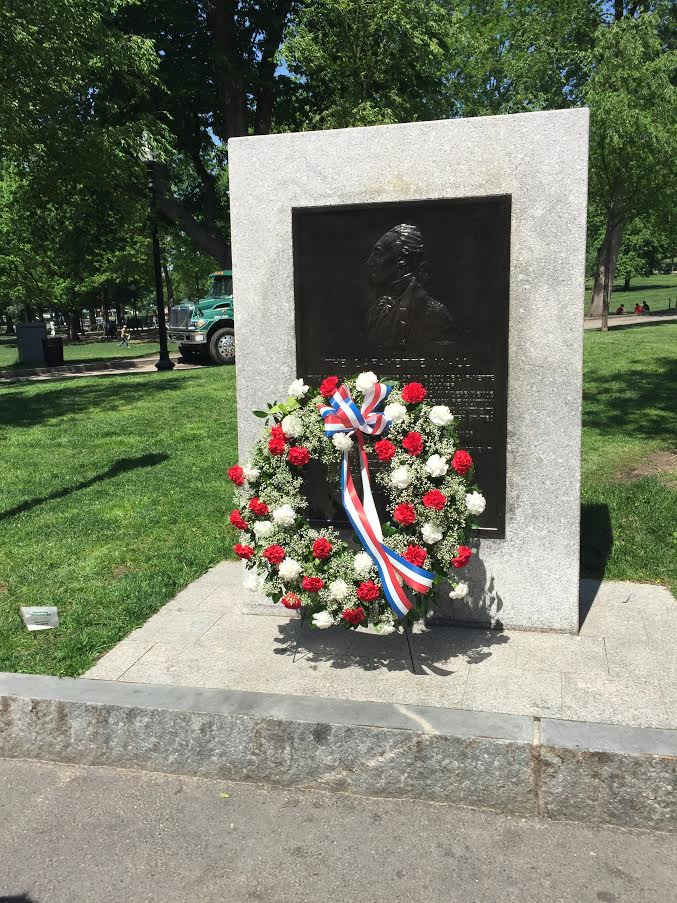 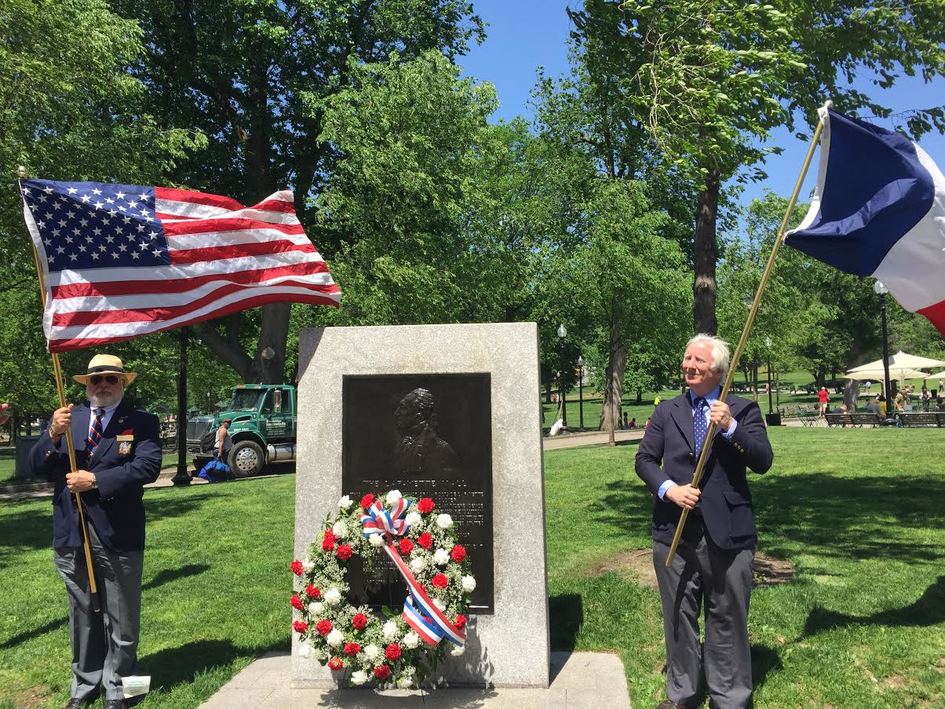 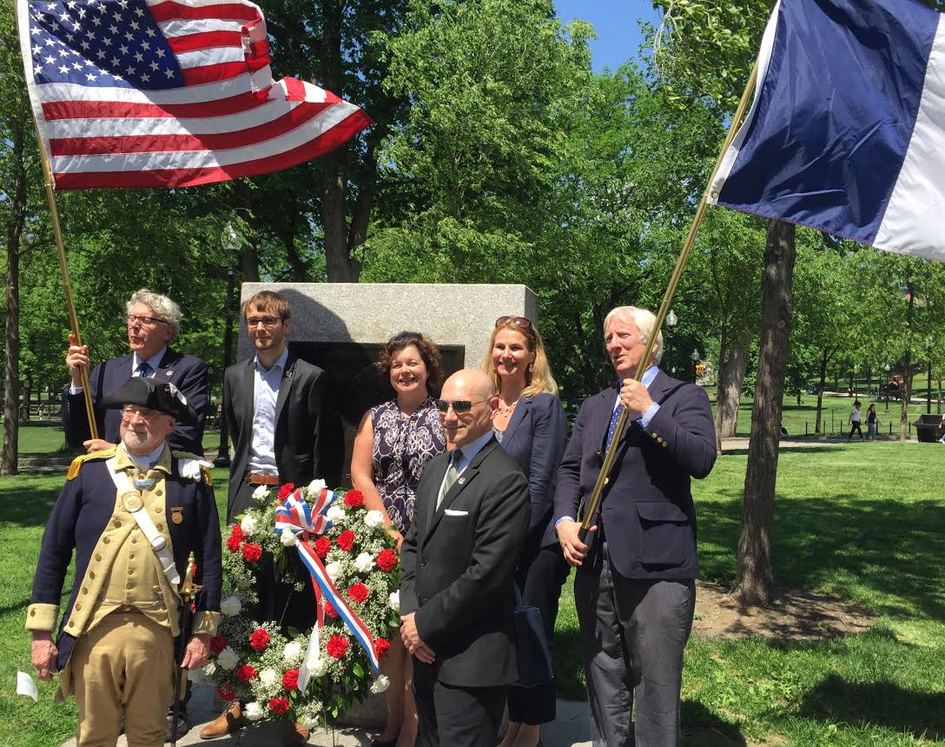 This tradition started in 1935 when a law was enacted wherein the Governor of the Commonwealth declared this day to honor the Marquis de Lafayette.

Massachusetts, and more specifically Boston, played an important role in the relationship that Lafayette had with the United States. It was from Boston, on January 11, 1779, on board the USS Alliance, that Lafayette left the US to go back to France in order to persuade Louis XVI to increase his support for the American struggle for independence. It was in Boston, on the Hermione frigate, that Lafayette arrived in May of 1780 for his second American stay, during which he joined Washington and participated in the Battle of Yorktown, which led to the end of the British rule. And it was again in Boston that, in 1824, back in America for the last time, he received a triumphant welcome, laid the cornerstone of the Bunker Hill Monument, and presided over a grand ball with six thousand guests. 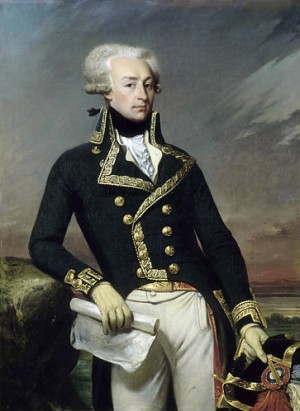 The Consulate General of France in Boston is working on the project of designing a Historical Lafayette Trail which will cover Lafayette Farewell Tour in 1824 and 1825 in New England. Julien Icher is responsible for the design and implementation of the interactive web application and road map. 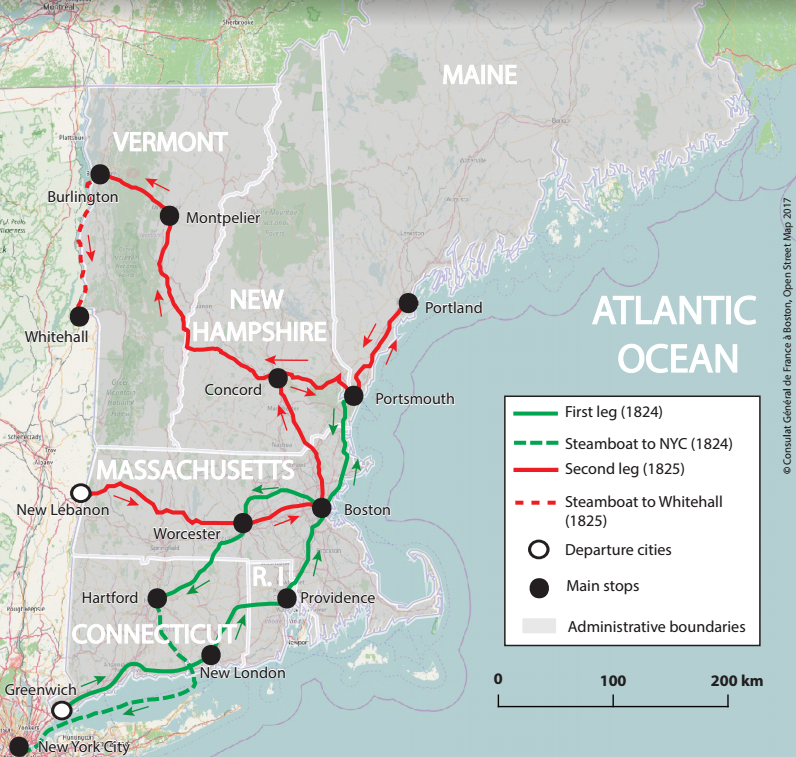 Today, our two countries keep Le Marquis Lafayette’s legacy alive, hoping that his passionate dedication to human rights will inspire a new generation to take up the call and make a difference in the world.