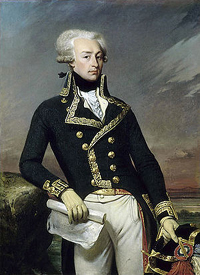 On May 17 and 18, 2012, the Lafayette Society and the Consulate General of France in Boston will organize the annual Massachusetts Lafayette Day. This traditional celebration, which dates back to 1935, pays special tribute to General Lafayette, who fought alongside George Washington for the freedom and Independence of the United States. It represents a pillar of the longstanding French-American friendship, which we will celebrate those two days.

The Lafayette celebrations will start with a Reception on Thursday 17th, from 5:30 pm to 7:00 pm, at The Ritz-Carlton Hotel (Boston Common 10 Avery Street). Please notice that the Reception will cost $37 per person (ticketed event, reservations are essential).

Celebration continues the 18th, on La Fayette Day, at 10:00am (State House, Gardner auditorium) with the National Anthems performed by the International School of Boston Chorus. After that, there will be a reading of the Massachusetts Lafayette Day in French and in English.

At the end, the Consul General of France, Mr. Christophe Guilhou, will award 6 World War II American Veterans with the "Legion of Honor" Medal.

Massachusetts, and more specifically Boston, played an important role in the relationship that Lafayette had with the United States. It was from Boston, on January 11th, 1779, on board the USS Alliance, that Lafayette left to go back to France after his first US trip, to persuade Louis XVI to increase his support in the American struggle for independence. It was in Boston, on the Hermione frigate, that Lafayette arrived in May of 1780 for his second American stay, during which he would join Washington and would participate, eighteen months later, in the Battle of Yorktown, which would lead to the end of British rule.

And it was again in Boston that, in 1824, back in America for the last time, he received a triumphant welcome, laid the first stone of the Bunker Hill Monument, and presided over a grand ball with six thousand guests.