Home > May 23: Celebration of the 20th year of the FASRI community

May 23: Celebration of the 20th year of the FASRI community

On Friday, May 23, the Consul general of France, Fabien Fieschi, joined the FASRI community who came together to mark the twentieth year of its founding and to honor the extraordinary achievement of Dominique Velociter. FASRI has come a long way in 20 years, from a school of six pupils in the front room of a Madame Velociter’s home, to a thriving, international community serving approximately 200 students from preschool through eighth grade. 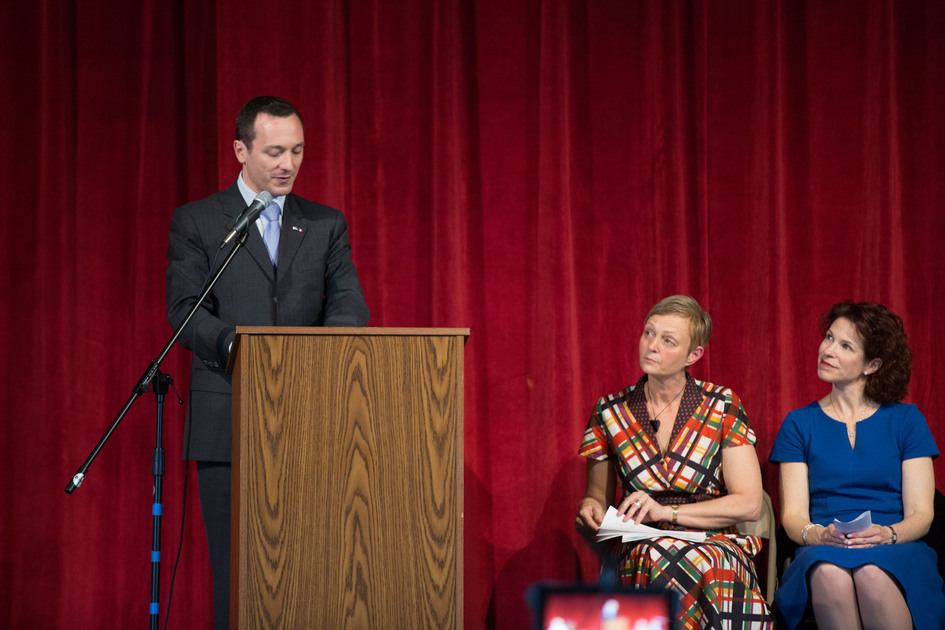 The ceremony began with a welcome from Trustee, Jennifer Tomasik, who described the impact Madame Velociter’s work has had on her own family. Ms. Tomasik talked about how Velociter established the strong support and infrastructure that holds things together. Other speakers from FASRI faculty included Isabelle Michaels who witnessed the transformation of the school over the course of many years as well as Lower School Director, Audrey Talarico and Middle School Director, Jeremy Freitas who offered perspective on the new directions the school will take in upcoming decades. Students from the Maternelle, the Elementary and the Middle School and FASRI alumni were also able to voice their appreciation for their Head of School. Megan Heinze, speaking on behalf of the Parent Association, presented Madame Velociter with a memory book, designed and produced by FASRI parent Sterling Vernon using student drawings and images of the school.

Mr. Fabien Fieschi, the Consul General of France in Boston, spoke about FASRI’s importance as a center of francophone culture in the region through its afterschool program, the organization of francophone cultural events, the Beaujolais festival, or the official celebrations of the month of Francophonie at the Rhode Island capitol each year in March. FASRI was also honored to have US Congressman, David Cicilline spoke at the event. The Congressman has been present at many milestones in the school’s history, including the official ribbon-cutting ceremony for the building on John Street while he was Mayor of Providence. A strong advocate of education in Rhode Island, Congressman Cicilline spoke about the importance of a dual-language curriculum in the 21st century.


Director of Advancement, Louise Jakobson then announced the establishment of the Dominique Velociter Founder’s Endowment Fund, FASRI’s first endowed fund that will ensure a permanent source of support for the school. The interest garnered will provide fund the ongoing professional development of the dedicated teaching staff, which is central to the mission of the school. 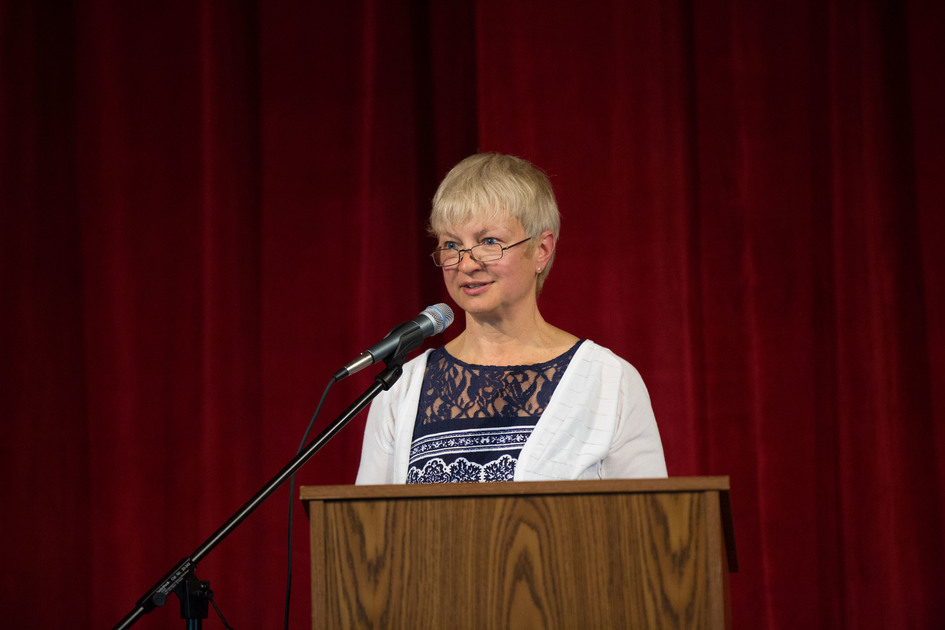 Dominique Velociter’s daughters offered their personal tributes for Founder’s Day. After Dominique Velociter shared her own remarks the event culminated with a special video. After that, children from each grade presented Madame Velociter with flowers as they filed by her, offering their thanks.

The insights offered by all of the Founder’s Day speakers combined to create a rich and meaningful portrait of the school. The celebration was an important opportunity to reflect on the history of FASRI and imagine how the institution will evolve in the future. Founder’s Day would not have been possible without the efforts of speakers, trustees volunteers, staff, faculty and students who all contributed to the event.