The French Economic Footprint in the U.S. 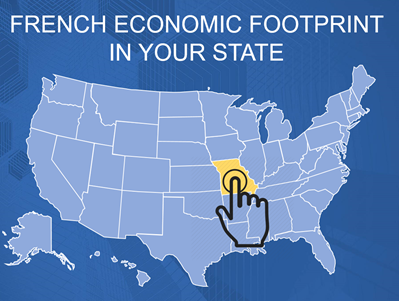 France and the United States, in addition to their strong relationship at the political level, have deep economic ties that are mutually beneficial. These trade and investment flows support growth, jobs and innovation in both countries.

There are $268 billion of French FDI stock, making France the 6th largest foreign investor. The U.S. is France’s #1 source of foreign investment with $78 billion FDI stock.

French affiliated firms invest $ 5 billion in R&D annually. France is the U.S. #1 source of R&D in electronics and IT, while the U.S. is France’s #1 source of foreign R&D overall.

Check out the full report here

Thank you to the French Treasury in the US for making this information easily accessible to all!