Meet with Edouard Louis on Thursday October 26 at Wellesley College!

On October 26, with the support of the Cultural Services of the French Embassy in the US, La Maison Française at Wellesley College organizes a conference with French author Edouard Louis. 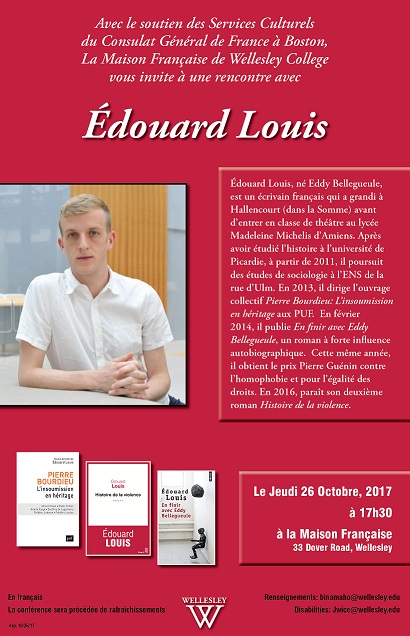 The conference will be conducted in French.

Edouard Louis will also be signing books and reading at the Boston Book Festival at the French Cultural Center in Boston on Saturday October 28th at 12:45PM.

About his book "En finir avec Eddy Bellegueule" - "The End of Eddy":

“Every morning in the bathroom I would repeat the same phrase to myself over and over again . . . Today I’m really gonna be a tough guy.” Growing up in a poor village in northern France, all Eddy Bellegueule wanted was to be a man in the eyes of his family and neighbors. But from childhood, he was different—“girlish,” intellectually precocious, and attracted to other men. Like Karl Ove Knausgaard or Edmund White, Édouard Louis writes from his own undisguised experience, but he writes with an openness and a compassionate intelligence that are all his own. The result—a critical and popular triumph—has made him the most celebrated French writer of his generation. 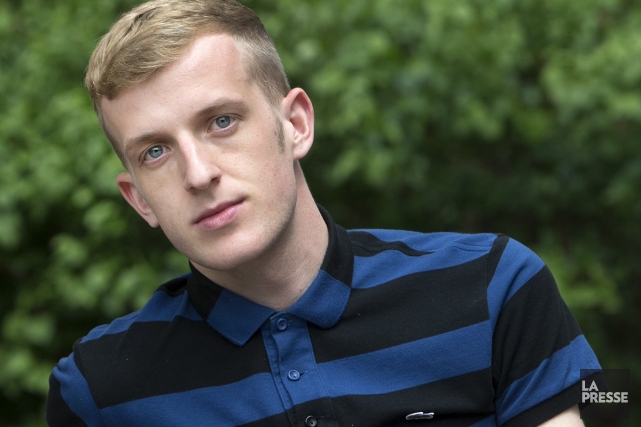 Born Eddy Bellegueule in Hallencourt, France, Édouard Louis is one of the most prominent young voices in the literary French landscape today. His first novel, The End of Eddy, was an instant best-seller, and was translated into 20 languages. His second novel, Histoire de la violence, recounted his experience as a victim of rape and attempted murder in 2012. In 2014, Louis was awarded the Pierre Guénin Prize. He is the editor of a scholarly work on the sociologist Pierre Bourdieu and the co-author, with the philosopher Geoffroy de Lagasnerie, of "Manifesto for an Intellectual and Political Counteroffensive", published in English by the Los Angeles Review of Books.