From September 29 to October 3, 2014, the Consulate General of France in Boston welcomed the fifth annual arrival of NETVA, the acceleration program for young, innovative French businesses that facilitates their entrance into the American market. It was a week full of connections, challenges, and opportunities for the future! 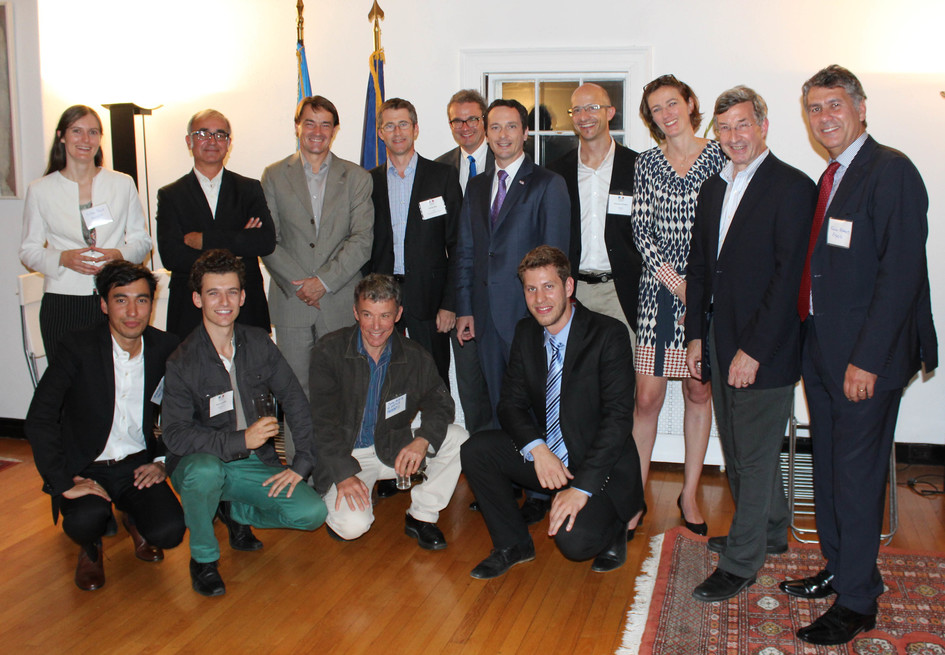 The immersion week in Massachusetts set off with a presentation session, an ideal exercise to dive in head first and identify the key points upon which to expand. The laureates knew what to expect since they had participated in a preliminary informational seminar in Paris.

Barry Horwitz, the professeur in charge of the workshops since their creation, and Paul Levine (former member of a venture capital firm), known for his critical but very constructive comments, tested the laureates on their business models, their ability to emphasize the exceptional value of their company, and their capacity to captivate their audience throughout their presentation. These were indeed the keys to success at the various events and personalized meetings provided for each of the participants. 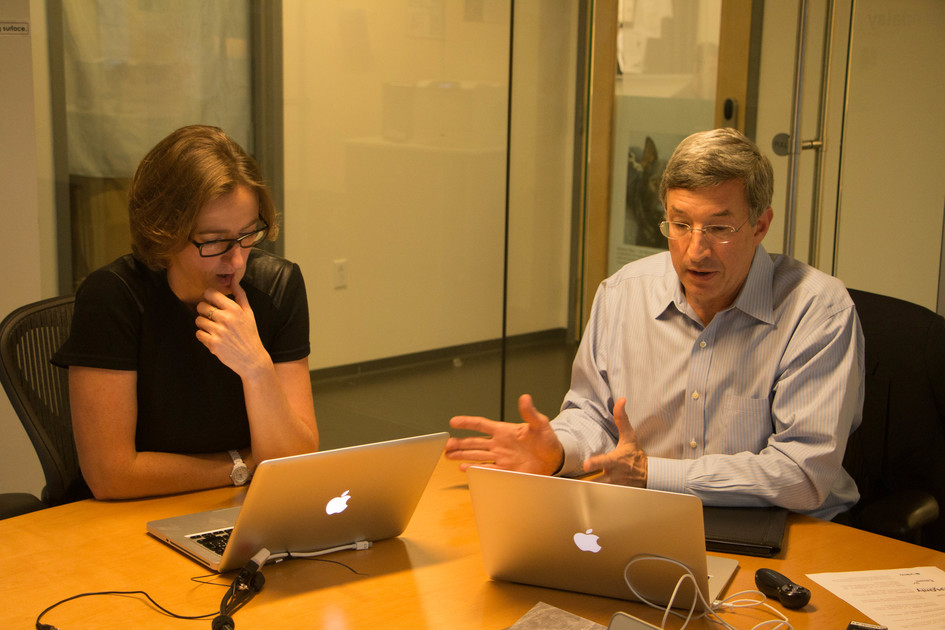 
While working on their presentation skills, this session quickly transformed into a moment of open brainstorming about each company’s projects and business model. A particularly interesting part of the discussion revolved around the fact that going international requires serious assurance that the product adheres to what the local market demands. This was an especially rich exercise due to the different and complimentary profiles of the delegation members.

That night, a large audience of sponsors, partners, mentors, and friends of the program convened at the Residence of France to encourage the new round of entrepreneurs. Fabien Fieschi, Consul General of France began the evening by recounting the history and development of the NETVA program. Following the opening of the Washington D.C. division in 2014, Canada will be the next to join the endeavor with the opening of a new division in Toronto for the 2015 tour. The various local francophone investors and established businesspeople also presented their plans to work with the new French businesses arriving in the region, an invaluable resource for when the entrepreneurs make the choice to throw themselves into an American venture. Among these were the speeches of Ludivine Sanchez Wolczik, Executive Director of the French-American Chamber of Commerce, Valérie Philippon, treasurer of the New England section of the French Foreign Trade Counselors, and Maeva Leroy, Business and Operation Manager at French Tech Hub. 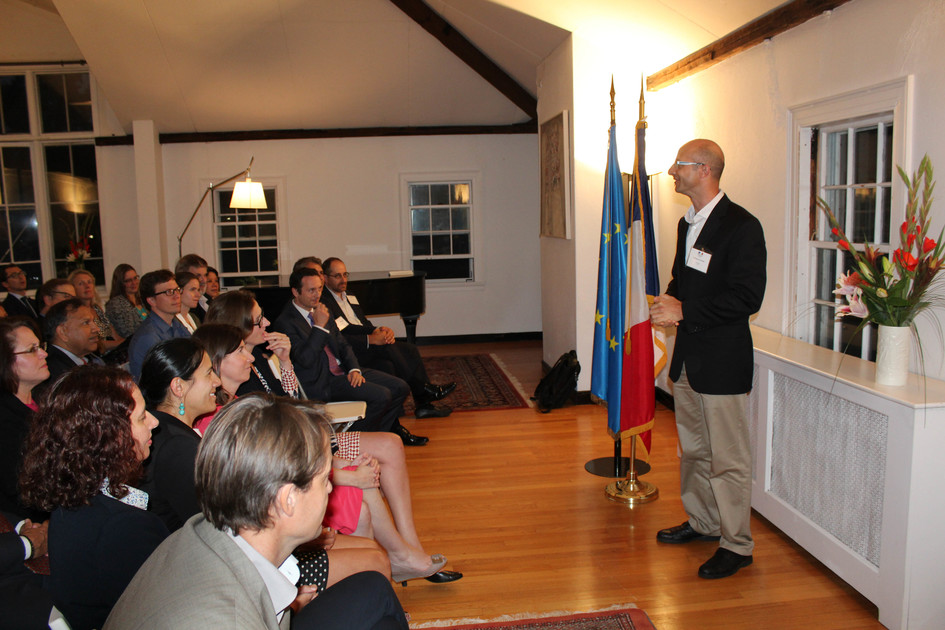 
Finally, before the networking began, Sébastien Christian, CEO of the young Otosens society and NETVA 2013 laureate (check out his TedX presentation) reflected energetically upon his experience and the reasons for his choice to create a startup in Boston. He was a shining example of the NETVA program’s potential to be a gateway!

The week was then punctuated by a series of personalized meetings corresponding to each startup’s strategic needs for entering the American market. Among these meetings, there were many notable participants such as the investors from Launchpad, Mass Medical Angels, Braemar Ventures, well-known businesses such as EnerNOC and Thermofisher, some surgeons from Dana Farber, Voisin Consulting who spoke about the process of entering the biotech market…an audience with as wide a range of profiles as the laureates could possibly need!

Also not to be forgotten is Demo Day, where two panels of experts and investors in life-science and clean-technology companies judged the strength of the entrepreneurs’ projects. Though it was certainly difficult for the laureates to present to such a demanding audience, it was also an excellent experience for the entrepreneurs to have a safe zone in which to test their projects in front of first-rate critics.

Another great moment was the Pitch Battle which took place the same day in the headquarters of the largest startup accelerator in the world: MassChallenge. Alexandra Suhas from the office of Marie Landel & Associates, sponsor and friend of the program since its creation, introduced the session by describing the entrepreneurial environments of France and Boston. Each laureate then put forth a one-minute elevator pitch to convince the audience that their projects were worthy of support. After a close competition, the prize finally went to H2Only Battery, a company that produces a battery that uses water to recharge. With no hard feelings, the French competed well and saluted the undeniable talent of the Americans for this type of exercise, the fruit of ample practice. 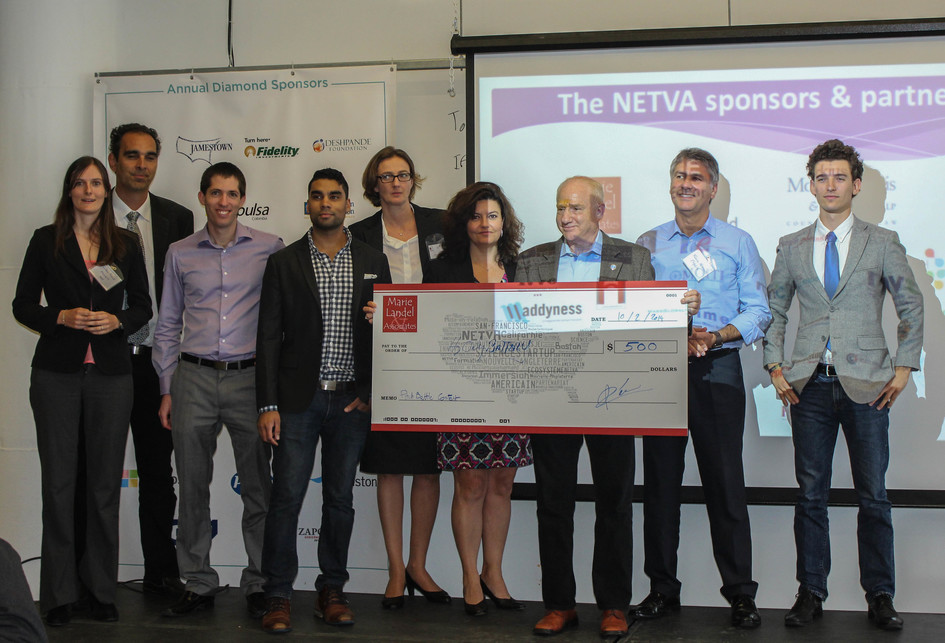 
At the end of the week, the laureates, visibly changed by the experience, offered many of their impressions: ??An intense week, lots of meetings, very dynamic!??, ??Some very important lessons and a priceless outsider’s view on our projects…??, ??NETVA is definitely an acceleration program…??.

Notably, this year’s NETVA was also marked by a very important collaboration between the embassy’s scientific network divisions. Each laureate was offered a supplementary opportunity to visit other destinations within the scientific service’s network, a proposition which was widely accepted by the the entrepreneurs.

The NETVA team would like to thank warmly the group of collaborators for this year’s edition, including sponsors, partners, mentors, and entrepreneurs without whom none of this would have been possible. Thank you to all, and we’ll see you next year!