He started his visit with a very fruitful meeting with Superintendent of Burlington Public Schools, Yaw Obang, for the opening of a French Immersion program in Burlington, Vermont. 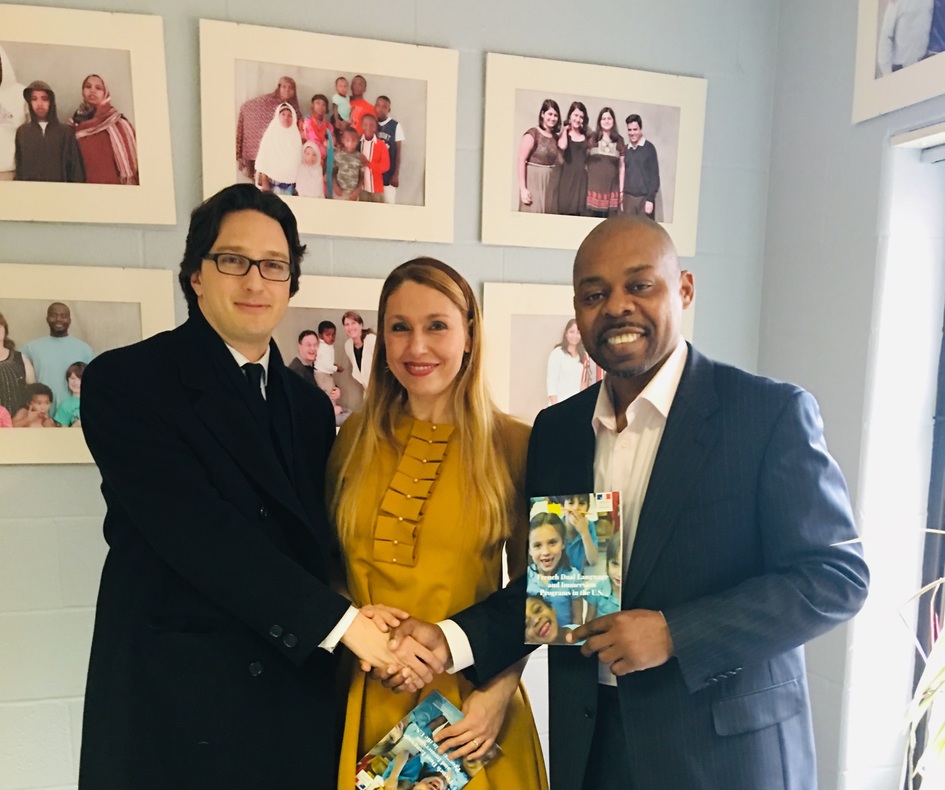 Consul General Arnaud Mentré then met with Governor of Vermont, Phil Scott. They discussed the strong ties between France and Vermont, more particularly about the French language, clean techs and investments. 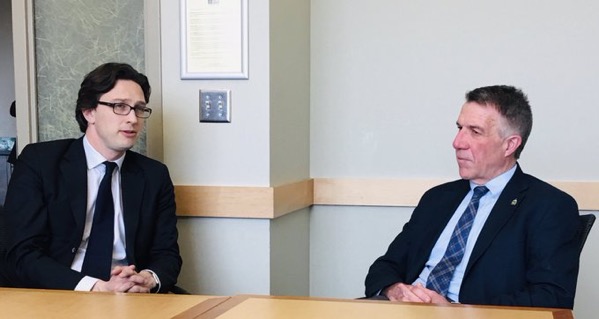 He was then greeted by the Mayor of Burlington, Miro Weinberger, for a Francophone flag raising ceremony. 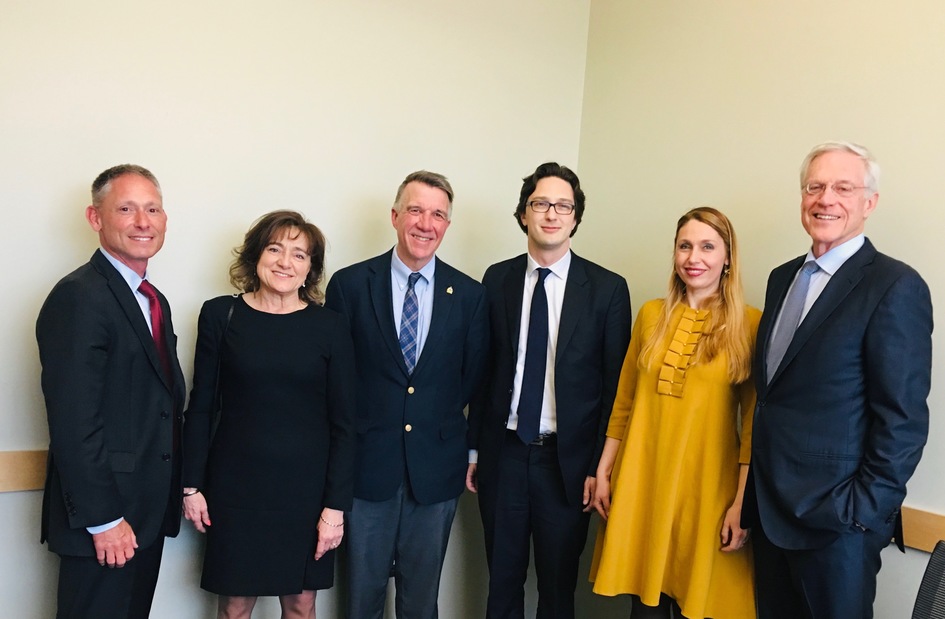 Thank you Mayor Weinberger for hosting this wonderful ceremony and for reading Governor Phil Scott’s executive declaration on Vermont’s francophone heritage and identity. 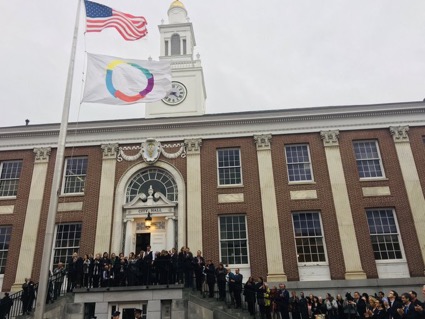 His visit ended with a decoration ceremony at Burlington City Hall. Ernie Pomerleau, Honorary Consul of France to Vermont and Lise Veronneau, Chair and President of Burlington’s Honfleur Sister City program, were bestowed the honorary knighthood for their contributions to France over the past 20 years. 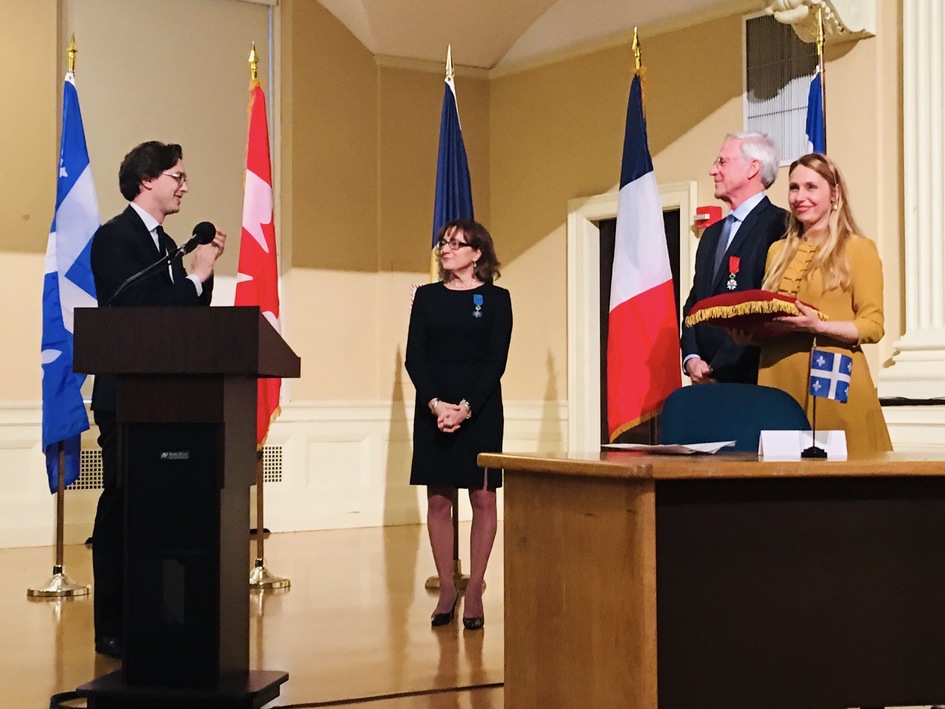 In his speech; Arnaud Mentré congratulated Ernie Pomerleau and Lise Veronneau, and thanked them for their service to France: “In light of their decades long commitment, the French government has decided to admit Lise the into the National Order of Merit and Ernie into the French Legion of Honor. It is now my pleasure to officially induct them into these orders. Bravo." 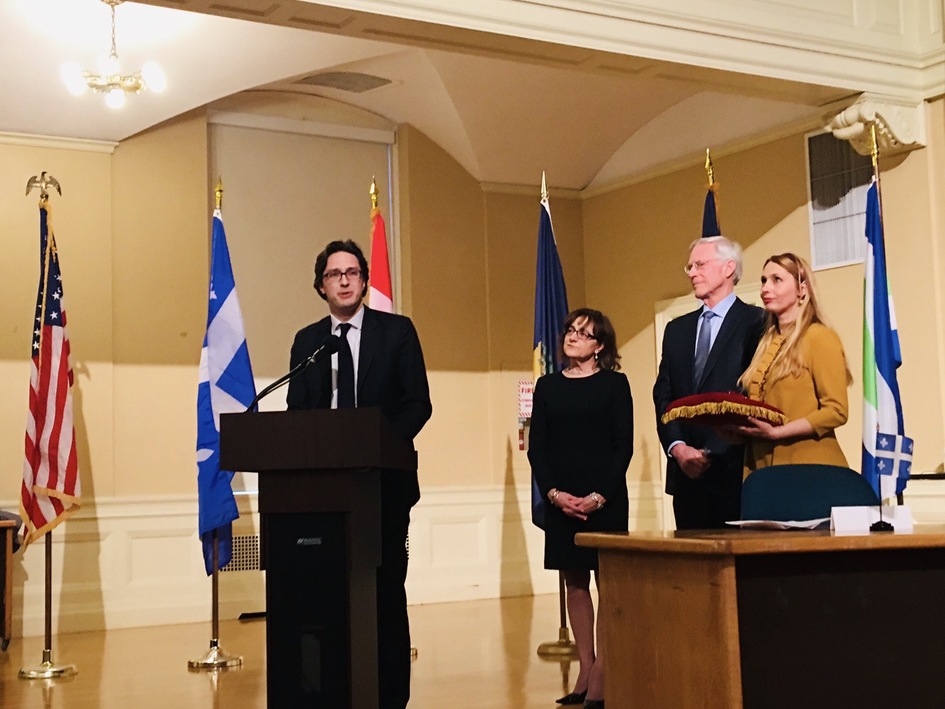 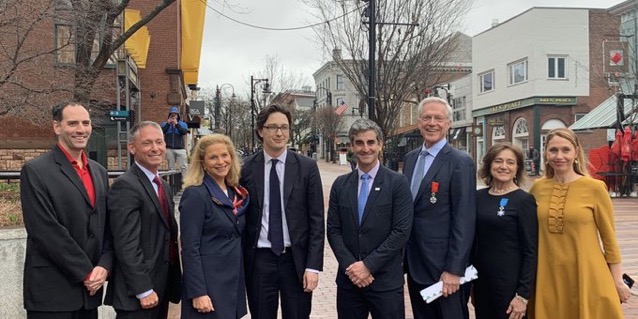 After the ceremony, our Consul general took the time to give a few interviews to the local Press! 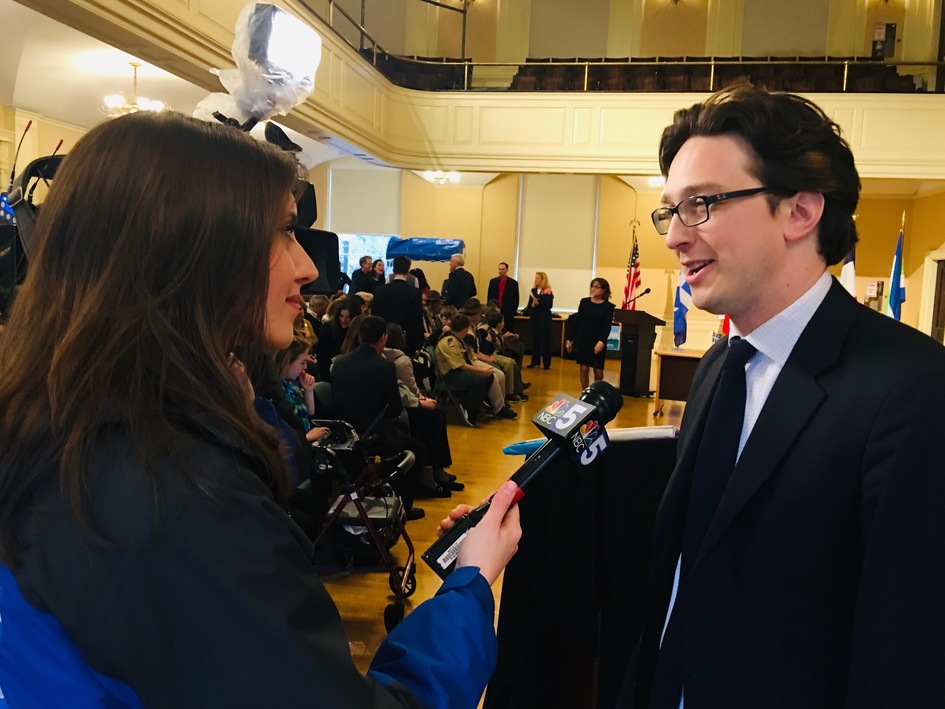 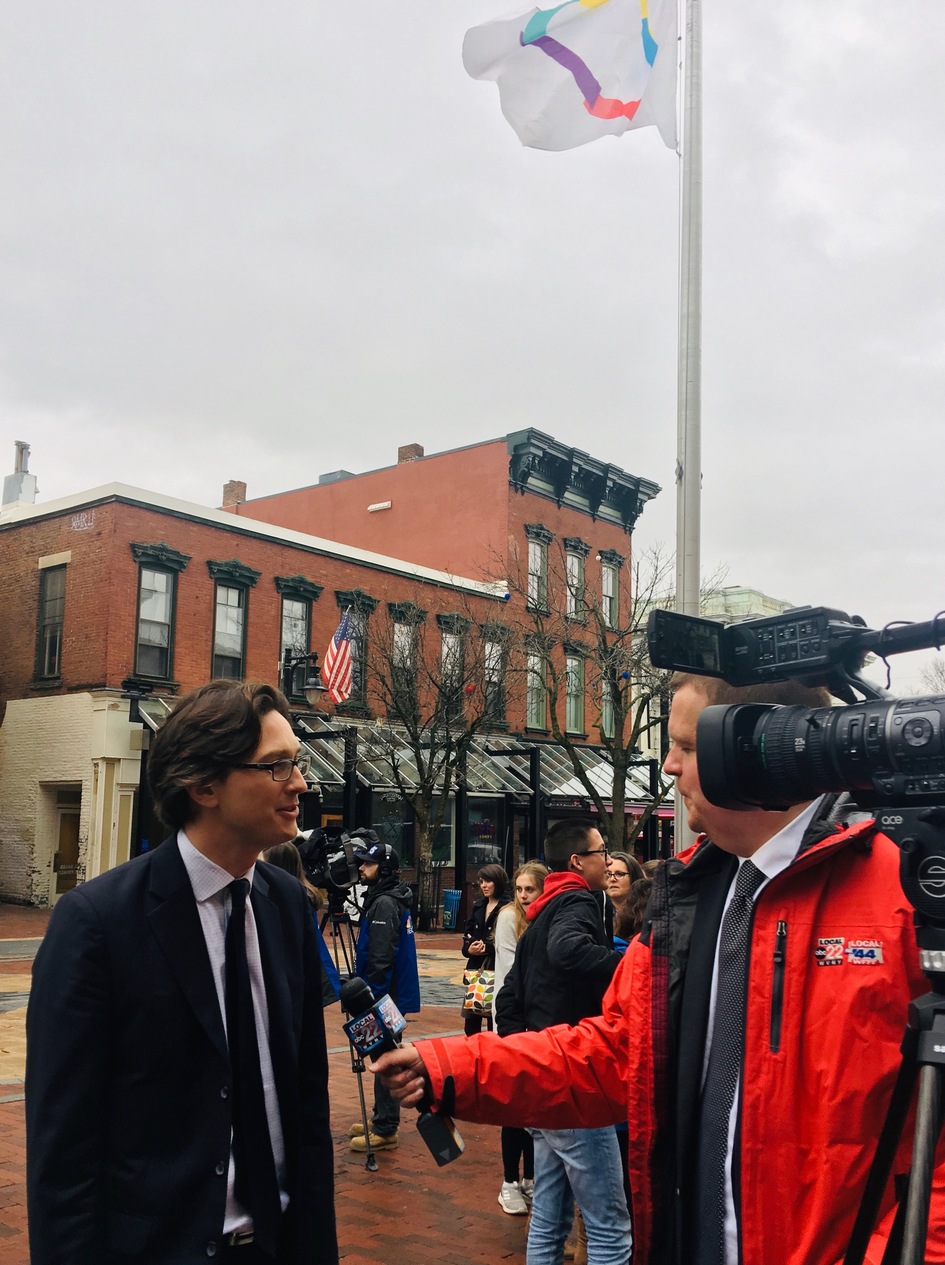 Check out these articles about the ceremony bellow: