Home > Paris Day and Night: Photography between the Wars

Paris Day and Night: Photography between the Wars 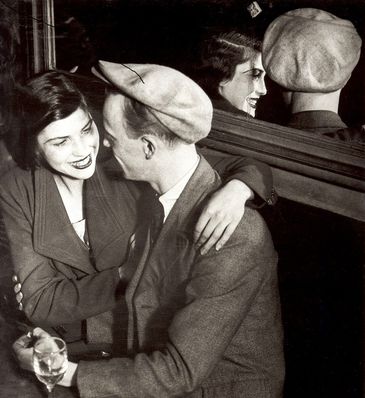 Paris Day and Night: Photography between the Wars

Between 1918 and 1939, Paris drew a diverse international community of artists and writers who nourished each other’s creativity to produce one of the richest cultural moments of the twentieth century. Photographers were among them, and in a city where social and artistic hierarchies had been unsettled by the war they played a central role in recording and defining a new vision of modern life. Representing the City of Light at its most romantic and its most sinister, the images in Paris Night & Day: Photography between the Wars show how photographers like Man Ray, Henri Cartier-Bresson, Jacques-Henri Lartigue, Ilse Bing, André Kertész, Bill Brandt, Lisette Model, Dora Maar, and Brassaï used their cameras and darkrooms to represent modern subjects in startling new ways. Using new equipment capable of taking pictures on the fly, many of these photographers recorded the theater of Parisian streets with unprecedented freedom and spontaneity. Others captured the city at night, exploring the bars, dance halls, theaters, and brothels that were the province of the demimonde. In the process they created masterpieces of twentieth-century photography, many of which are represented in the exhibition. Supplemented by a group of earlier photographs of Paris by Eugène Atget, Edouard Baldus, and others, the works on display, drawn from an important private collection, define a moment when photography came into its own.

The photographs are from the collection of Michael Mattis and Judith Hochberg. The exhibition was organized by art2art Circulating Exhibitions. Conceived and curated for the McMullen Museum by Ash Anderson, Paris Night & Day has been underwritten by Boston College, the Patrons of the McMullen Museum and the Newton College class of 1964.

Please visit the McMullen website for more information about the museum and the exhibit.