Home > News > Rally in honor of the victims of Paris Attacks

Rally in honor of the victims of Paris Attacks

Hundreds of people gathered in Boston Common yesterday for a solidarity rally honoring the victims of the horrific attacks that took place last Friday in Paris and Saint-Denis. Consul General of France, Valéry Freland, who was joined by US Senator Elisabeth Warren, Massachusetts Governor Charlie Baker and his wife, Lieutenant Governor Karyn Polito, Boston Mayor Marty Walsh, consular councilors and Boston diplomatic corps, thanked the community of New England for their outpouring of support for France and French community, before inviting the crowd to observe a minute of silence. Then, attendees joined together in singing France’s national anthem, "La Marseillaise," before walking to Lafayette’s monument nearby, where another minute of silence was observed. 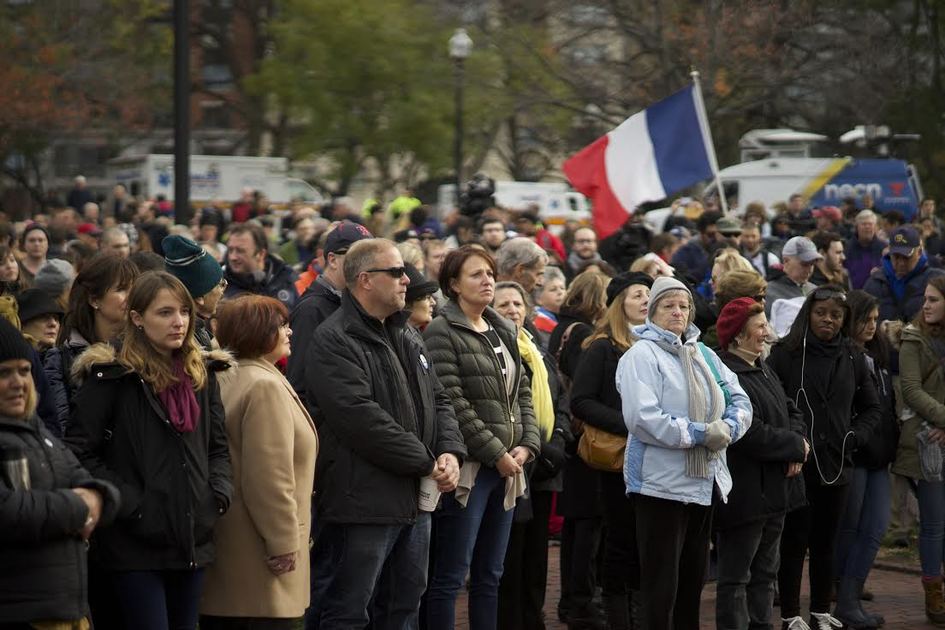