Home > Rally in support of victims of terrorist attacks

Rally in support of victims of terrorist attacks

Yesterday, and last Wednesday, French and Americans alike gathered in Boston to honor the victims of the Paris terrorist attacks & to defend freedom of speech, freedom of press, democracy and pluralism. We were almost a thousand to stand together.

Organized in tandem with the citizen march that occured at the same time in France, this public gathering was an initiative of the The Consular Councilors of New England and the Consulate General of France in Boston. After a minute of silence, the crowd followed the Consul General, Fabien Fieschi, to Lafayette’s monument, situated also in Boston common. It was a peaceful and very moving moment. Pics of the rally : http://sharalike.co/1Imlj3W
Videos of the rally : Consul’s General Fabien Fieschi’s speech

La Marseillaise sang by the crowd 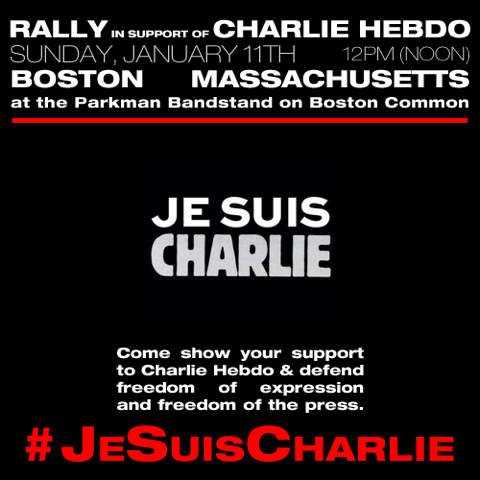