Chefs around New England, you have up to January 31st, 2018 to register your restaurant on Goût de France/Good France website! Foodistas, make a reservation at local participating restaurants for a diner on March 21, 2018, you will experience the best of French cuisine!

Chefs around New England, you have up to January 31st, 2018 to register your restaurant on Goût de France/Good France website! 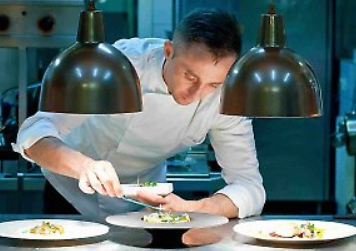 Foodistas, make a reservation for a diner on March 21, 2018, at a local participating restaurant, you will experience the best of French cuisine!

The list of partipating restaurants to be announced later on our social media pages. 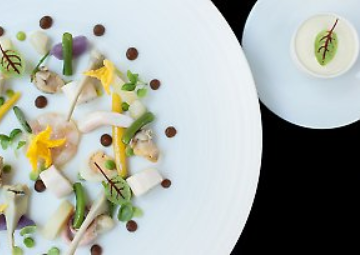 For the fourth consecutive year, Goût de France / Good France has been a fun celebration of the vitality of French cuisine, forging ties between chefs around the world. On 21 March in 150 countries, Goût de France / Good France, organized on the initiative of the Ministry for Europe and Foreign Affairs, boosts the visibility of French cuisine on the world’s 5 continents. From haute cuisine to quality bistro food, offer French-inspired meal in your restaurant and participate in this great celebration.

The spirit of Goût de France / Good France follows this founding idea with the aim of including all categories of restaurant throughout the world. This international event, which was first held in 2015, follows UNESCO’s decision to put “gastronomic meal of the French” on the intangible cultural heritage list.

Thus on 21 March every year, participating restaurants offer guests the experience of French art de vivre and pay tribute to its capacity for innovation and the values that it represents: sharing, pleasure, and respect for good food, good company and the planet.

This dinner event benefits from an international promotional campaign enabling all participating chefs to showcase their cuisine and expertise around the world with the active support of French embassies, Atout France and media partners, France Médias Monde, TV5 Monde and JCDecaux.

• obtaining a label of excellence following selection by a Committee of Chefs; • belonging to an international community of over 2,500 chefs; • promoting the visibility of France’s culinary heritage; • highlighting visibility among clients in France and abroad; • increasing the restaurant’s activity ratio.

Ahead of the event, each participating chef will receive a communications kit with Goût de France / Good France stickers and posters to promote the event in their establishment.

The Consulate General of France in Boston will do a personalized promotion of each registered restaurant based in New England on its social media pages.

ONLY RULES OF THE EVENT:

To register before January 31st, 2018 and all meals must follow a certain order of dishes: • An aperitif with finger food • a Starter • a Main course • a Cheese course • One Dessert or Two desserts may be served if the restaurant owners feel they are unable to provide high-quality cheese. • Paired with French wines and champagnes

Each menu will be based on cuisine that uses little fat, sugar or salt, shows concern for “good food” and the environment, and features vegetables and grains.

The price is at the restaurant’s discretion. It is suggested that 5% of sales are donated to a local NGO working in the health and environment sectors.