Originally, the museum housed the private collection of Rudolf F. Haffenreffer, who founded the King Philip Museum at the beginning of the 20th century. Located at the heart of Brown University in Providence, the museum quickly expanded its collection of North American art, and now houses works from 5 continents. 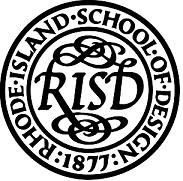 Located at the heart of the Rhode Island School of Design in Providence, The RISD Museum houses over 80,000 works of art, ranging from ancient Greek and Roman sculpture to French Impressionist paintings, from Chinese stone and terracotta sculpture to contemporary art in every medium, including textiles, ceramics, glass and furniture.
It also serves the general public with a full schedule of special exhibitions, lectures, tours, concerts and other programs. The Museum’s collection is displayed in 45 galleries on three floors, tracing the history of art from antiquity to the 21st century.

For information and useful links for events happening in Providence, please click here 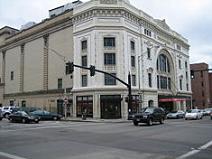 Since its founding in 1963, Trinity Repertory Company has been one of the most respected regional theaters in the country. Trinity Rep presents a balance of world premiere, contemporary, and classic works, including six subscription productions, and an annual production of A Christmas Carol. Project Discovery, Trinity Rep’s pioneering educational outreach program launched in 1966, introduces over 30,000 Rhode Island and Massachusetts students a year to live theater.
The Brown University/Trinity Rep Consortium offers professional training for actors and directors in a three-year MFA program. Since 1973, Trinity Rep’s home has been the Lederer Theater Center, a historic landmark built as the Majestic Theatre in 1917.

Presenting an interesting selection of French contemporary film, this festival is organized by Brown University, and takes place each year in March at the Cable Car Cinema in Providence.